7-Month-Old Dies In Daycare Due To Benadryl Overdose, Parents Devastated

The Lobisch's 7-month-old daughter died in a daycare home in February last year and they found out months later she died of Benadryl overdose. 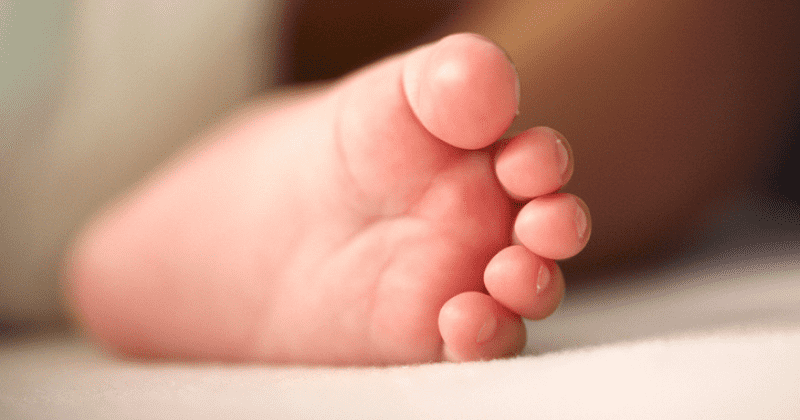 Trigger warning: This report contains details of accidental overdose and death of a minor that readers may find disturbing

Everything can turn deadly when used in the wrong quantities. That's what the parents of a 7-month-old girl who died of Benadryl overdose at an unauthorized daycare facility in Honolulu have found out. Now, the parents have filed a lawsuit against the United States of America Island Palm Communities, an army housing complex, and a total of 10 other unnamed military and federal employees as the reason the death. According to Stars and Stripes, Abigail Lobisch died on February 24 last year when she was staying overnight at Aliamanu Military Reservation, operated by Dixie Denise Villa.

“I would like to call for an external investigation into the Army, because there are still many questions left unanswered surrounding the death of our daughter Abigail,” said Anna Lobisch. “There needs to be accountability for what happened.”https://t.co/S9GO1hoB5E pic.twitter.com/D2J0wg4mX6

When an autopsy was conducted, doctors found that it was caused by a lethal amount of diphenhydramine, an active ingredient in over-the-top cough medicine Benadryl. Reportedly, the baby's bloodstream contained as much as twice the amount of the ingredient than is considered fatal for infants. Villa has currently been charged with manslaughter and is out on bail as she awaits trial. Loretta Sheehan, the attorney representing the baby's parents James and Anna Lobisch said: "Our civil lawsuit is directed against the United States for its failure to enforce safety rules. At the end of the day, in our case it’s irrelevant whether Ms. Villa or somebody else in that household poisoned Abigail. What matters is that a child care establishment was being run out of that household, exposing children to neglect and to danger, and Abigail was the one who finally paid the price.”

In the wake of Abigail Lobisch’s drug-overdose death on Feb. 24, 2019, the @USArmy started a probe into how home-based child care was being administered on its installations. https://t.co/OKYFA81Dfk

Among the many things, the lawsuit asks for an unspecified amount in compensation for the terrible distress the Lobische's have suffered due to their daughter's death. In a telephonic interview with Stars and Stripes on Thursday, the mother said: “We just don’t ever want something like this to happen again to anyone — to any child, to any parent. I’ve said this before: We’re never going to have closure from what happened. It’s not going to bring Abi back, but we’re hoping that justice will be served.” As per the lawsuit Villa and her husband Aaron, a chief petty officer in the Navy, moved into their Aliamanu home in late 2017 after he was transferred from the Whidbey Island Naval Air Station in Washington. The suit further states that Villa operated the unauthorized home daycare center in the neighborhood known as Maylor Point and one of Aaron Villa's superiors had ordered the facility to be shut down.

Dixie Denise Villa was indicted for manslaughter in connection with the Benadryl overdose death of Abigail Lobisch in early 2019. She faces up to 20 years in prison. https://t.co/NDixykFvQA

In a town hall meeting at Fort Shafter after the baby's death, Colonel Thomas Barrett, commander of U.S. Army Garrison, Hawaii, told the audience that he had issued two cease and desist orders to Villa in early 2018, but she refused to comply and instead "disregarded those orders," the lawsuit added. Sheehan said: "The government has a tremendous number of safety rules when it comes to providing child care on base. Child care providers are required to go through rigorous background checks, interviews, references. They have to go through training. They are subject to unannounced inspections. They are subject to recall training. So there’s quite a safety net there when it comes to child care on base.” However, in the baby's case, government officials failed to follow the safety rules."Nothing was ever enforced,” Sheehan argued. “Nobody was ever barred from base. Military housing was never taken away. There was never a refusal to renew their lease. The government appeared to simply wag its finger at Ms. Villa and didn’t shut her down, and the failure to shut her down as a child care provider led to the death of Abigail Lobisch.” The outcome of the suit will receive an update once Villa appears in front of a judge in the coming weeks.

The autopsy report found 7-month-old Abigail Lobisch’s death at an unlicensed day care in @USArmy housing was caused by a lethal amount of diphenhydramine in her blood stream — roughly double the amount that has proven fatal in other infant deaths. https://t.co/3cgyRj13Kg