Imran Khan made the statement in a public news channel in the aftermath of a gang-rape case along a highway. 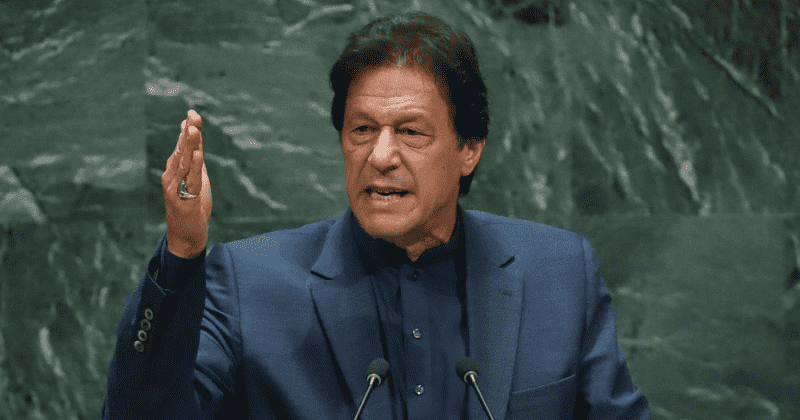 Irrespective of where people live, whether it is in the eastern or western hemisphere, whether in a developing or developed nation, the issue of rape is sadly a common occurrence all over the world. Even countries with the most stringent laws tend to record rape cases on a regular basis.  Pakistani Prime Minister, however, believes the best way to go forward on these cases is tough punishment. Speaking at an interview in the aftermath of a rape case that garnered national attention in the South-western Asian nation, Khan said rapists and child molesters should be chemically castrated. According to CNN, the former sports personality turned leader of Pakistan spoke with Hard Talk Pakistan on 92 News that he had considered possible punishments for alleged perpetrators with ministers in his cabinet.

Speaking to Moeed Pirzada on Monday, he said: "I think he (the rapist) should be hanged publicly. Rapists and child molesters should have public hanging. You do not know the real statistics as well, because it's under-reported. People do not report it due to being scared or ashamed, women are ashamed, no one wants to tell." Realizing his statement might not be palatable, he added that public hanging would not be internationally acceptable and would instead demolish his country's relationship with the European Union. He instead suggested that child molesters and rapists could "undergo chemical castration, or surgery be performed so they cannot do anything in future."

Khan's statement arrived after a woman in Lahore filed a complaint last Thursday alleging that she was gang-raped by two men suspected to be Shafqat Ali and Abid Malhi after she was stranded due to her car running out of fuel. The woman had reportedly called a helpline and was waiting behind locked doors for authorities with fuel when the two men reportedly robbed her and then raped her. The disconcerting part of the ordeal was that the woman was violated in front of her children after being forced to submit at gunpoint.

I personally think pedophiles & rapists must be hanged publicly but I'm told that we have international repercussions. EU's GSP status for trade with Pakistan will be affected by public hangings. Hence I think chemical castration must be conducted on those criminals #PMIKon92News

So far, one of the suspects (Ali) has been arrested while the other (Malhi), who is called the mastermind of the group, is evading the police. The case is being investigated by Lahore Police. "The way murder is graded: First-, second- and third-degree. This should also be graded, and for first-degree (sex crimes) there should be castration." Khan spoke out after the arrest of Ali on Monday with police confirming that DNA had matched samples found at the scene. The case has caused massive public outrage in Pakistan, a country where sexual assaults are said to be common with rape rarely leading to prosecutions. As per Daily Mail, human rights activists revealed that as few as two percent of rape cases lead to a conviction.

Yes PM #ImranKhan has approved the legislation of a bill to penalize sex offenders and rapists with castration once proven guilty, and the government will foot the bill Source @arynewstv

If it's true thn this is the Best decision did by IK which I totally appreciate#Pakistan pic.twitter.com/gnIQiqgIkY

Umar Sheikh, Lahore Police Chief whose department is investigating the case, came under massive criticism with people calling for his firing after he said it was the victim's fault for going out without a male companion during his comments on the attack. However, he later apologized for his crass statement and said he had not intended to shame the woman for her ordeal. Although gang-rapes are reported rarely in Pakistan, sexual harassment and violence against women are seen frequently. People online shared their thoughts on the Khan's views with some saying it's a good idea while others pointed out that this doesn't fix the problem as they may still continue to assault more helpless individuals. Bay22 wrote on Twitter: "Sounds like a good idea to me. Huge population and bully treatment of women systemic. People can’t be trusted. Women need to be able to commute to and from their homes and feel safe doing so. Most extraordinary is if a young girl or women is raped its regarded as her fault."

Some ppl in PK would agree to this but surely its not the way to go in a (1 hopes) civilised society. The law already sets sentencing in rape cases. Perhaps better for the state to ensure cases are prosecuted fully & improve the way the police respondshttps://t.co/V6Xyjo8ctS