The 51-year-old actor refuses to meet his daughter who was born in 2018. 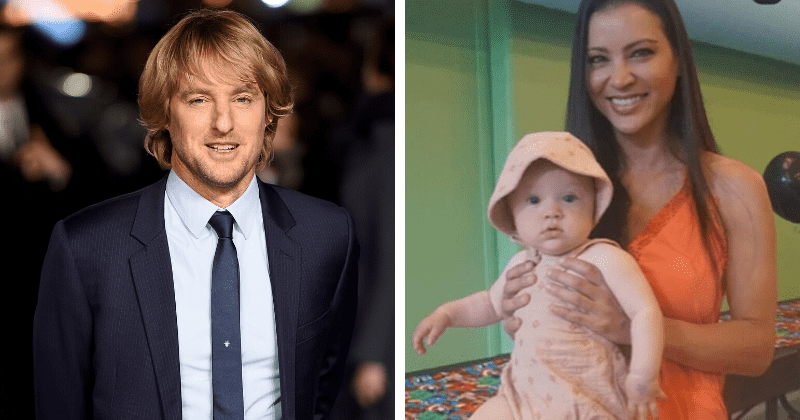 Relationships are often complicated, and it seems Owen Wilson's relationship with ex Varunie Vongsvirates might one of those too. The former couple reportedly dated on and off for five years but it came to a complete stop when Varunie told Wilson she was pregnant with his child. According to Radar, a source revealed, “When Varunie told Owen she was pregnant, he was not happy about it, and that was the last time they ever spoke. He changed his phone number. He’s never met his daughter and then he gave no heads up that he was changing his number." Their baby Lyla Aranya Wilson was born in 2018.

A source told Us Weekly that the 51-year-old actor "refuses to meet his daughter. He even checked the no visitation box in court in June … He does not want to visit [and does not] want any custody of her. The source added that Wilson “has not contacted Varunie at all” after she gave birth nor during her pregnancy, despite the fact that they “dated for almost five years.” According to the insider, Wilson “knew all along that Varunie was pregnant. Owen was told Varunie was four weeks pregnant” when they got home from Hawaii. A representative for Wilson told Us, “This is a private matter and it’s not appropriate to comment further.” The source noted, “The baby looks just like Owen. She has fair skin, blonde hair, and blue eyes.”

Last June, Wilson volunteered to undergo a paternity test. At the time a source told the outlet, “Owen has been a great father to his two boys and has maintained a warm and close relationship with their mothers. Of course, if a paternity test establishes that he is the father of another child, he will fulfill all of his obligations to support his child.” As we reported earlier, the DNA test proved that Wilson was indeed the father. Now the Wedding Crashers actor reportedly pays $25,000 a month to support the upkeep of the daughter he's never met. He also paid for a one-off $70,000 to cover a night nurse, labor coach, and Vongsvirates' legal fees. Vongsvirates filed for sole custody of the child.

Vongsvirates, 36, spoke to the Daily Mail last year and said, "He helps financially but it’s never been about that." She continued, "Lyla needs a father. It’s ironic how [Owen] keeps getting these father roles, he's playing a father in his new movie, and he's never met his own daughter."  She also addressed the actor through the media outlet and said "You should see your daughter, she's incredible, you're really missing out.  She looks just like you."  The baby's middle name, Aranya, is in honor of Varunie's father's Thai heritage.

The actor has two sons; Robert Ford, 8, who he calls by his middle name, and Finn, 5. Wilson has always been a doting dad to his oldest two sons, despite not being in a committed relationship with their respective mothers. He welcomed his first child with his then-girlfriend Jade Duell, from whom he reportedly split up in 2011. He was dating fitness trainer Caroline Lindqvist soon after, who gave birth to his second child. According to Cheat Sheet, the Wonder actor is often photographed with his other two sons and it appears he is very involved in their lives. The "absentee father" image must seem strange to Varunie and baby Lyla. The fact he's often photographed with his sons from other relationships must make it hard on the new mom. As for Wilson's response to the matter, he continues to keep that part of his life notoriously private. Perhaps there is another side to the story. The mother of one was reportedly first spotted with Wilson in 2014. She showed up on the red carpet with the star in 2017 for the premiere of Father Figures, according to Hollywood Life, as per Cheat Sheet.

People took to Twitter to share their reactions to the news. CassieWinther wrote: You don’t want to meet something you created?! Okkk. No excuse alive for that in my book... Bree0524 defended Wilson saying: I’m not going to speculate on a topic I don’t know the REAL facts about. But everyone has agreed he is a great dad to his other 2 children so I believe there is more to the story than is being put out so I refuse to bash someone over gossip. It’s just wrong.

I completely understand that but the kid was created. So now you as the adult are going to make the INNOCENT child suffer not knowing their father because you don’t like/agree with the situation. Still doesn’t fly in my book 🤷🏻‍♀️