The Southern Baptist Church has much to atone for as investigations reveal the unsettling reality of sexual misconduct and faulty leadership that chose to do nothing about it. 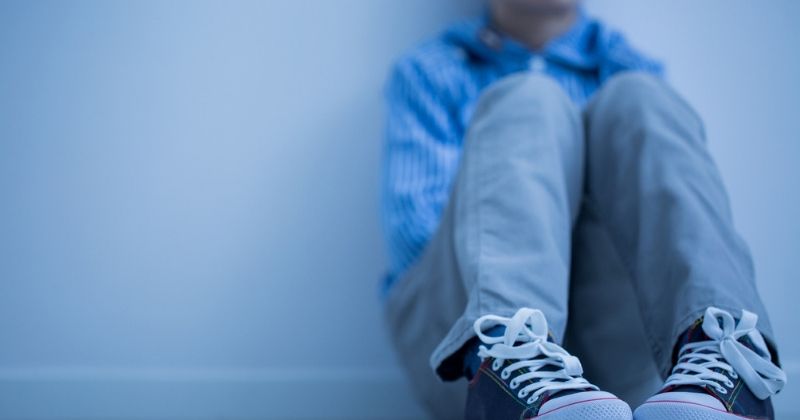 In a startling revelation over 200 Southern Baptist Church officials and volunteers have been found guilty of sexual abuse. The steep numbers have accumulated in just two short decades and the list of offenders include ministers, pastors, deacons, Sunday school teachers and volunteers. How many still remain in the shadows we will never know. They have left a staggering number of victims in their wake totaling 700 at least. It is a profound breach of trust to occupy a position of authority in a place where people flock to find solace and take advantage of them in the most appalling way possible. What is heartbreaking is that investigations by the Houston Chronicle and the San Antonio Express-News found that some of the victims were as young as three. One can only imagine the emotional ramifications of such a heinous act would have on the child and the child's family. Abuse of power within the church is sadly not as uncommon as it should be and the legal consequences do not seem to be a sufficient deterrent at all.

Heather Schneider was molested when she was just 14-years-old back in 1994 in the choir room of a Second Baptist Church in Houston. Traumatized, the child slit her wrists the very next day her mother Gwen Casados recounts. While Heather survived her attempt to end the pain, 14 years later she lost her life to a drug overdose. As per Houston Chronicle, her mother is convinced it is a consequence of the trauma her child endured, revealing, "I never got her back." The broken-hearted mother shared how church leaders were quick to wash their hands of the incident instead of taking responsibility following her lawsuit. To make things worse for Heather, the church took their own sweet time to fire her attacker, who continued to work at the church for months on end.

Sadly, this is not an isolated incident. Far too many times church authorities are lethargic when it comes to addressing issues of sexual misconduct and abuse. Other times, the authorities themselves are guilty of the crime. Investigations revealed that church leaders refrained from informing law enforcement officials when a complaint was raised and even hesitated to alert other congregations about an individual with questionable intent. It was found that a minimum of 35 individuals with a predatory past were still employed at churches and were able to find other jobs over the past 20 years.  It raises questions about the screening process and the casual approach to what is essentially a cardinal sin.

More troubling discovery established that there are some registered sex offenders who brazenly continue to bellow Christain morals from the pulpit, while others return after a sabbatical of sorts and carry on without being held accountable. A Houston preacher guilty of sexually assaulting a teenager is a fitting example. Instead of being penalized and ostracized, he now enjoys a position of authority at a Houston nonprofit called 'Touching the Future Today Inc.' that works with student organizations according to federal records.

The problem lies in the structure of the Southern Baptist Church. The doctrine allows for local church autonomy, which dilutes accountability and gives a dangerous amount of power to a church leader who is discreetly molesting members of his congregation in between sermons. Each church is considered to be an independent entity, which in turn, gives room for self-governance. Over a decade ago, Debbie Vasquez traveled to Indianapolis from a small town called Sanger near Dallas to urge leaders of the Sothern Baptist Convention to track sexual predators across its 47,000 churches.

Vasquez, a victim herself, along with others, asked the leaders to take action against any congregation that tried to conceal an incident of abuse or harbor an offender. "Listen to what God has to say," she can be heard saying in an audio recording of her meeting. "... All that evil needs is for good to do nothing. ... Please help me and others that will be hurt." But pleas to implement prevention policies fell on deaf ears and instead a report was drafted where leaders admitted that the problem existed while choosing not to define its magnitude.

August "Augie" Boto, interim president of the SBC's Executive Committee was among those who sat down to draft the rejection of reform proposals in 2008. In an interview, he maintained that the leadership's hands were tied to a certain degree when it comes to putting a stop to sexual abuse. Much of their defense rests on the church's autonomy. He claimed that the requests for reform were considered to be faulty as there was no way the leadership could coerce churches to report incidents of sexual abuse and have them recorded on a central registry.

Among the 700 victims that have been discovered over the past 20 years, many in addition to being physically molested and repeatedly raped were also exposed to pornography, photographed nude or sent explicit photos or texts by youth pastors. Younger victims are even reported to have been raped and molested in their Sunday school classrooms or inside pastor's studies. A few of the victims include adults too - both men and women said that they were seduced or assaulted while seeking pastoral guidance. So far only 220 perpetrators have been convicted or taken plea deals, while hundreds of others managed to get away without serving any time after cutting deals.

It is time that sterner penalties were exacted on these vile creatures who's lack of morality and self-restraint has left hundreds with permanent scars. Among them, is David Pittman, another victim who was only 12 when a youth minister molested him in 1981. He admits that he only stopped hating God recently for the atrocities he endured. "That is the greatest tragedy of all," he shared. "So many people's faith is murdered. I mean, their faith is slaughtered by these predators."