Original 'Ghost Hunters' Series Is Getting A Revival Later This Year 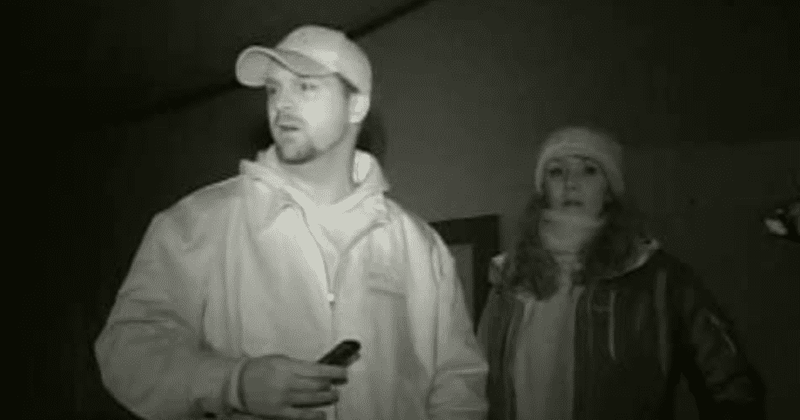 Ghost Hunters is probably the most popular paranormal investigation series in TV history. The show which launched on SYFY back in 2004, ran for 11 seasons and ended up with spinoffs: Ghost Hunters International and Ghost Hunters Academy. The original show also had a two-season revival on A&E in 2019. Now the series is getting a new revival on discovery+. According to Comic Book, Matthew Butler, general manager, Travel Channel, shared in a statement, "Fans are obsessed with the Paranormal & Unexplained hub on the new streaming platform. Bringing back Ghost Hunters with their favorite cast members is a thrill. And fans who want to remember why this show is a classic can watch seasons from the original series -- they are available now on discovery+."

According to the Official Ghost Hunters website, it reads: The series that launched paranormal TV is finally back on the air! Ghost Hunters returns later this year with original team members Jason Hawes, Steve Gonsalves, Dave Tango and Shari DeBenedetti. For over a decade the Ghost Hunters team stalked the creepiest and dankest haunts on the search for signs of the paranormal. Now they’re back and better than ever on discovery+!

The show is expected to debut on the streaming service later this year. While the show will reprise its original members, it looks like special guests will be joining them. According to the press release, "This is the revival of the series that started it all. discovery+ has given the green light to the iconic series, Ghost Hunters. Original team leader Jason Hawes and Steve Gonsalves, Dave Tango, and Shari DeBenedetti are taking back the paranormal reins in epic haunted locations. And don't be surprised to see some familiar faces and special guests join the team on the hunt in this all-new version of the hit series. The 13 one-hour episodes will begin streaming later this year on discovery+."

still remember the lighthouse episode where they saw a shadow figure look at them from above, on the stairs, THAT was a phenomenal catch!

So what exactly has kept people so interested in paranormal investigations through the years? It appears that viewers have been intrigued and invested by a group of investigators looking for supernatural activity in supposedly haunted houses in the dark. In 2009, Jason Hawes told The New York Times,  "A lot of people don’t want to think that when they close their eyes, that’s it. They want to know that there’s something after this life." The series delivers on a desire for safe frights. "People like to watch it with the lights off," Sci Fi Channel president Dave Howe said at the time. "One of our objectives of the relaunch was to move beyond the narrow perceptions of the sci-fi genre  primarily space, aliens and the future," added Howe.

However, the show has had its fair share of critisim from rationalists.  According to ABC News, Grant Wilson said in a previous interview, "I don't care at all what the skeptics think of what we're doing because they don't need help. There are people who need help in their homes. Who's helping them? Are the skeptics going to help them? No!" Hawes considers their work to be a form of community service. "Whether they're rich, whether they're poor, all the people out there who believe that they have paranormal issues need help," he said. "No matter what we ever catch, will it be enough to prove to the skeptic, the skeptical world that there's ghosts?" Hawes asked. "No, because anybody can shoot down anything they want. They can try to recreate anything they want. But, you know what, it's enough for me to believe, it's enough for him…the other people involved within the society. And it's enough for the people who called us in to help them."

I love the group’s approach and the respect you all bring to every investigation. 100% Classy #GhostHunters

Wilson concurs. He said, "I don't care at all what the skeptics think of what we're doing."  The two said at the time that they plan to keep hunting ghosts. Hawes went on to say, "I'll ghost hunt until the wife and my kids tell me it's time to stop," he said. Looks like they kept to their word.

The original paranormal hit #GhostHunters is back to haunt again, this time on #DiscoveryPlus. The streaming service has ordered a new season of 13 episodes to debut later this year. pic.twitter.com/BBLyx5Pwbu