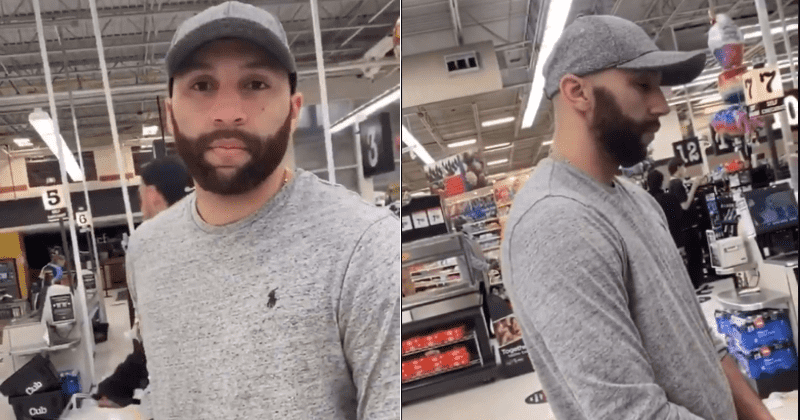 Following the murder of George Floyd, all four police officers involved in his arrest and subsequent death were fired. One of them, J. Alexander Kueng, was confronted by an angry shopper who recognized him at Cub Foods in Plymouth, Minnesota on Saturday. On May 25, Kueng was captured on video standing by as Derek Chauvin mercilessly put his knee on George Floyd's neck for 8 minutes and 46 seconds. Kueng was one of the officers — including Derek Chauvin, Tou Thao, and Thomas Lane — that responded to the call about the alleged use of a counterfeit $20 bill on Memorial Day at Cup Foods on East 38th Street and Chicago Avenue in south Minneapolis.

This man belongs in prison for watching a murder and doing nothing to stop it! Hope he rots in jail for life.

As the woman began to record him on video, Kueng acknowledged who he was and told her he was sorry for the way she was feeling. Kueng was out on a $750,000 bond and was charged with aiding and abetting second-degree unintentional murder and second-degree manslaughter, the Star Tribune reports. He is expected in court, along with the other defendants, at the end of the month. The video, posted on Twitter, showed the shopper asking Kueng, "So you’re out of prison, and you’re comfortably shopping in Cub Foods as if you didn’t do anything." He replied, "I wouldn’t call it 'comfortably.' I’d just say getting necessities," holding a package of Oreos in his hands.

The person filming the video adds that he shouldn't have the right to buy groceries, or be out on bail for that matter. To which Kueng responds, "I can understand that. I'm sorry you feel that way." According to the NY Post, the video continues with the person filming asking Keung if he has any remorse before going to inform others in the store of his identity. Kueng says he just wants to pay for the stuff he bought and leave. The outlet reported that the Hennepin County Jail's roster said that Kueng was released Friday at 7:27 p.m.

look who my sister caught at Cub Foods in Plymouth. J. Alexander Keung, one of the officers who lynched #GeorgeFloyd in cold blood. pic.twitter.com/PVX4pFijab

Kueng continued to deal with the woman's persistent taunts until he exited the store. "You don’t have the right to be here," she said. "You killed somebody in cold blood." She continues, "We don’t want you to get your stuff. We want you to be locked up." The woman went on to say that Keung's life on the outside would be made as miserable as possible. She added that he was lucky that his home address isn't public knowledge.  "You’re not gonna be able to comfortably live in Minnesota, or anywhere," she said. "And you will be going back to jail."

She said “you really think u can come out and no one is gonna recognize you?? The nerve”

The death of George Floyd has led to country-wide protests demanding the end of systematic racism in the U.S. Police officer Derek Chauvin pressed his knee on Floyd's neck while he was on the ground. Despite Floyd telling the officer that he couldn't breathe repeatedly, it fell on deaf ears. The other officers stood by doing nothing, although Keung claimed to have told Chauvin that he shouldn't do that.