The 2-year-old Rottweiler has been taken in by animal authorities in Enderley, New Zealand where the incident took place on Sunday evening 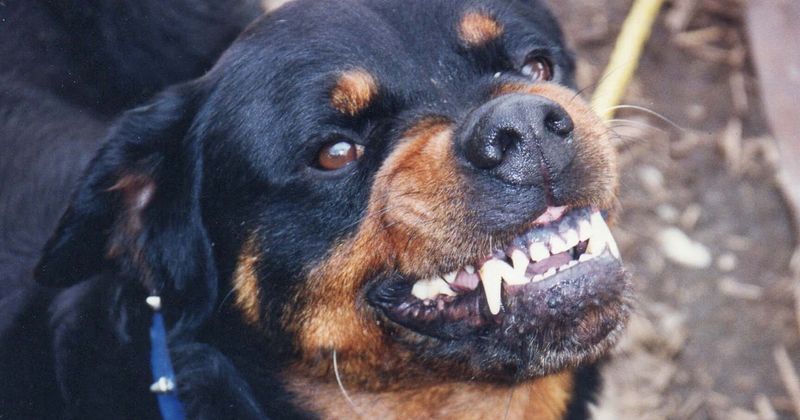 Trigger Warning: This report has details of an infant's death due to a mauling that readers may find disturbing

A 2-year-old Rottweiler in New Zealand mauled its owner's day old baby and tried to bury the child in the home's compound. The child's mother had shown off the baby to her neighbor on Sunday just a few hours before the incident. She has been left devastated. It appears that one of the two family's dog got hold of the baby when the mom was in the toilet. The dog was a recent addition to the family in the Hamilton suburb of Enderley and the family already had one dog that had died recently according to Stuff. Emergency services were called at around 7 p.m. on the day but the child had already suffered critical injuries. He was then rushed to the Waikato Hospital but died a while later on the same night.

A newborn baby who was savagely mauled by a dog has died in hospital https://t.co/jZlFjzAWdo

The killer dog has been taken by the local animal authority and a decision on its fate will be taken soon. "He obviously meant the world to her," said the family's neighbor who was only identified as Karen. She put her arms around the mother to comfort her after the incident but said she would never forget the sight of the injured baby and the grieving mother. Karen had found the killer dog escape from its house twice on the same day and brought it back to the house. On Sunday she saw something happen down the street and assumed that the dog had been hit by a car. But it turned out to be much more serious than that. Describing the moment she saw the mother near the roadside holding her crying baby tenderly, Karen said, "I sat beside the mother and put my arm around her."

One-day-old newborn died after being mauled by the family's pet Rottweiler - as it's revealed ... https://t.co/o66t2Lj59m via @DailyMailAU

She added, "He was just so little. He was all dirty and had bits of blood on him. She told me which dog did it – they have two. It was the rottweiler." The distraught mother asked Karen to get her phone. She noted, "All she did was pop to the toilet and it happened just like that. The whole thing is horrible, every time I close my eyes I just see him." The Hamilton City Council said the animal control staff had collected "the dog" and an investigation into the matter is ongoing. The dog's fate will depend on the investigation's outcome. "I put him away twice that day," Karen said about the dog, adding, "I almost feel guilty for taking him home." According to the Daily Mail, Karen said, "This is a traumatic time for all involved and our thoughts are with the families and individuals involved."

That poor poor mum. There are no words.

According to government data, as many as 4,958 dog attacks took place between 2004 and 2014 that required the victims to be hospitalized. Most of these attacks took place at home, with the victims mostly being children under the age of 10-years. In Virginia, a 2-month-old infant was recently mauled to death by a German Shephard mixed breed reports The Virginian Pilot. The baby's parents work up to a sudden movement on their bed on Monday night. The child was sleeping on an electronic swing next to their bed. The parents soon found out their child had been critically wounded. Hampton Police Sgt. Amanda Moreland said, "We think the dog stepped on the bed or hit the bed, and that woke the parents up."

Bridger Walker saved his sister from a vicious dog attack and sustained injuries that led to 90 stitches throughout his body.

The six-year-old boy has been rewarded by the WBC as a world heavyweight champion for a day.https://t.co/C9idIRus8I

She added, "It was more than just one dog bite, but it also wasn’t a mauling per see. But also the child was very young, and they’re just more fragile." The dog was shot to death by the child's father moments after the attack as the mother called 911. The American Kennel Club advises new parents on certain ways by which a newborn baby should be introduced to dogs in the house. One of the advice is to "Allow your dog to adjust to the smell, sight and sound of the baby for a few days before introducing them in closer proximity."