Italy is one of the most affected regions in the world. More than 5,000 Italian health workers have been infected with the coronavirus. 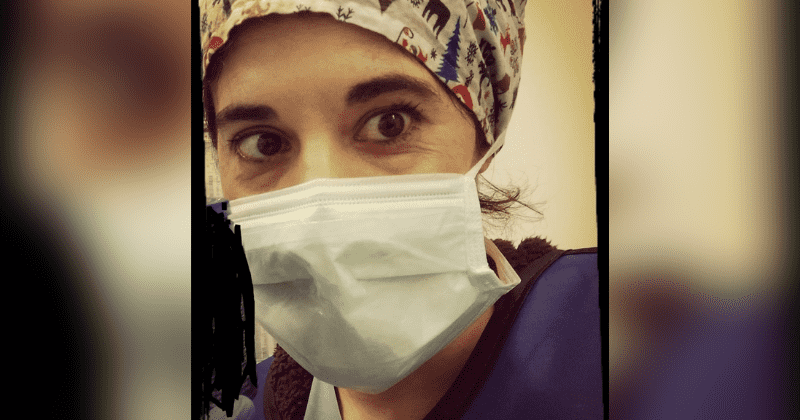 As Italy continues to remain one of the hardest-hit countries from the novel coronavirus, a nurse from the country ended up taking her own life. Daniela Trezzi, 34, had allegedly killed herself due to the trauma caused by her experience in trying to save lives every day amid the pandemic. A nursing federation had revealed that Trezzi was working on the front line of the coronavirus crisis at a hospital in Lombardy, which is the worst-affected region of the peninsular nation. According to Metro, the national federation of nurses of Italy confirmed her death and expressed their pain and dismay in an official statement.

The federation went on to state that Trezzi had also been suffering from heavy stress. Trezzi claimed her life at a time the death toll in Italy rose by 743 new fatalities, all recorded in a single day. The federation initially had said that Trezzi was diagnosed with coronavirus herself, but that was denied last night by the hospital director, according to Telegraph.

Italian nurse kills herself after testing positive for coronavirus and worrying she had infected others https://t.co/YGvQ1GacrK

That being said, there is a silver lining to the situation in Italy. As noted by the NY Post, the total number of infections has risen by eight percent, which is its lowest level since the country registered its first casualty on February 21.  The outlet reported that Trezzi had been working in the intensive care ward at the San Gerardo Hospital in Monza, which is located around nine miles from Milan.

How sad. The medical profession in Italy is work under horrendous stress & workload. What made her think that she had let herself, her patients & her profession down. Very sad.

According to the nursing group that Trezzi was a part of, there was another similar episode that took place in Venice about a week ago, with the same underlying reasons. "Each of us has chosen this profession for good and, unfortunately, also for bad: we are nurses," the federation said. "The condition and stress to which our professionals are subjected are under the eyes of all." Mario Alparone, the general manager of San Gerardo Hospital said that Trezzi had been at home, claiming to be sick since March 10. At this point, she was not under surveillance as her colleagues figured that she was just under self-isolation and quarantine.

Heart breaking. RIP sweet caring nurse. To other nurses, seek help if you feel overwhelmed. This pandemic will pass eventually. Everyone is so grateful for your work. Strength to all medics!

Following her suicide, local media has reported that judicial authorities are currently in the process of investigating her death. An Italian research institute had released figures yesterday that showed that at least 5,700 health care workers had been infected with the coronavirus. Nino Cartabellota, the head of the Gimbe foundation, which collected the data, stated that this surge in infected rats "must be curbed to safeguard those who take care of us". The 5,700 odd medical personnel make up just around 8% of Italy's total cases, which has is just around 70,000 in the latest figures on Tuesday. "The measures we took two weeks ago are starting to have an effect," civil protection service chief Angelo Borrelli told the daily La Repubblica before Tuesday's toll came out.

"We're not even counting the dead anymore."

Listen to this nurse's emotional plea about working during the #coronavirus outbreak in Italy. pic.twitter.com/Cltcsa0WpR

The total number of confirmed cases in Italy rose to 69,176 from a previous 63,927, an increase of 8.2 percent, in line with Monday's growth rate, the Civil Protection Agency said. It has been a perplexing situation for the authorities in Italy who are appalled that a pandemic that began on the other side of the world managed to create so much chaos in their country.

A team of Cuban doctors and nurses arrived in Italy to help in the fight against the coronavirus outbreak, as the death toll from the virus in the country surpassed that of China https://t.co/XvXL35q8Ax pic.twitter.com/0v6izllYXB

Information about COVID-19 is swiftly changing, and Shared is committed to providing the most recent and verified updates in our articles and reportage. However, considering the frequency in developments, some of the information/data in this article may have changed since the time of publication. Therefore, we encourage you to also regularly check online resources from local public health departments, the Centers for Disease Control, and the World Health Organization.