This San Francisco nurse contracted the virus when he and his partner attended a Miami Winter Party. He was sedated and intubated for a month at the hospital. 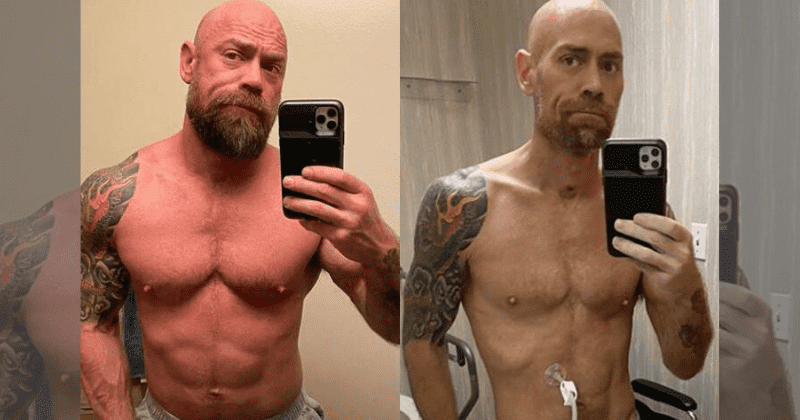 The pandemic has brought the world to its knees. Many have lost their lives, companies have laid off or furloughed their staff, small businesses have had to fold up, and the economy has crashed.  For those who've been fortunate to beat the virus, their road to recovery is a slow one. Take the case of this Californian nurse who spoke firsthand about how brutal the virus has been and how difficult times have been for people in the frontline, reports Global News. Mike Schultz, 43, was a fit and healthy man. He weighed around 190 pounds, had no pre-existing illnesses, and worked out regularly.  However, things took a turn for the worse when he contracted the coronavirus in early March and had to be hospitalized for six weeks. According to BuzzFeed News, he was sedated and intubated for a month. He thought he had only been in the hospital for a week until the nurse told him that it was six. He said, "I was so weak. This was one of the most frustrating parts," he recalled. "I couldn’t hold my cellphone; it was so heavy. I couldn’t type, because my hands shook so much." By then, he weighed only 140 pounds. Schultz took to Instagram to document the drastic change his body went through because of the deadly virus.

Spoke with Mike Schultz who has gone viral for sharing a before/after photo of his six weeks in the hospital after contracting the coronavirus at the Miami Winter Party Festival https://t.co/hLJX3HDP8L pic.twitter.com/TvpJxIHxNr

"Took this selfie last week to show how much hospital deconditioning affected my body after being sedated for six weeks, intubated and on a ventilator," he wrote. "I hope it opens some eyes to those who think they’re not at risk. I had no prior medical issues." He reveals he first got the virus in early March after attending the Winter Party Festival in Miami with his boyfriend, Josh Hebblethwaite. He added that he flew back home from the event and hopped on another flight to visit his partner. He told Buzzfeed News that he had felt a little weak but had no idea he was infected at that point. "I didn’t think it was as serious as it was until after things started happening,” Schultz said. “I thought I was young enough for it not to affect me, and I know a lot of people think that."

No, I’m an ICU nurse, this is exactly what a person who was in very good shape looks like after weeks on a ventilator. An average person or someone’s with co morbidities would be walking with a walker and supplemental O2.

Two days after he arrived in Boston, he was admitted to a hospital and within days he developed pneumonia; he couldn't breathe for himself. So, the hospital staff put him on a ventilator. His partner Hebblethwaite describes how "scary" it was to see things turn so dark at such a short span of time. "It was definitely scary," he recalls to Buzzfeed News  adding that "They took him right in and didn't let me stay to say goodbye." He was made to be his medical proxy as well. As Hebblethwaite wasn't allowed to visit him as per hospital protocols, he still kept in touch with the nurses who gave him updates every four hours. His friends offered their support by launching a GoFundMe page which raised more than $19,000 against the $15,000 target they'd set.

Schultz is currently recovering gradually and says he posted the photo once he felt strong enough to stand. "Getting stronger every day and working to increase my lung capacity," he wrote on Instagram. "I’ll get back to where I was in healthier ways this time. Maybe (I’ll) even do cardio", he added. He also had a strong message for people who still don't take it seriously. "I wanted to show it can happen to anyone. It doesn't matter if you're young or old, have preexisting conditions or not. It can affect you."

Although he and his partner have received a backlash for attending the party, they are focusing on the positive. He said, "The negative stuff bothers me, but it doesn't bother me that much, because I’ve gotten so much positive feedback." After he was discharged from the hospital, he and his partner had a celebratory meal from McDonalds that included two double cheeseburgers, small fries, and a strawberry shake. He did note that he experienced a change of taste, "but it was good".