Mother Hasn't Shampooed Her Kids' Hair For Over A Year: "They've Never Been Happier"

The "no-poo" movement has been gaining traction over the years, with people choosing natural products instead of shampoo. 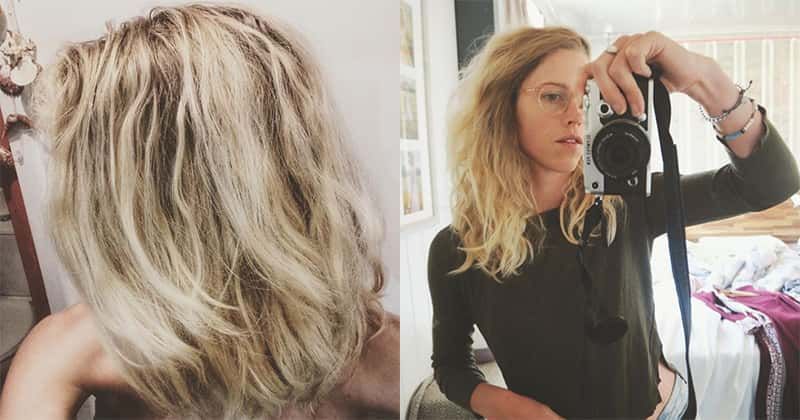 Having long hair inevitably means that you have to spend time and money taking good care of it, washing and conditioning it regularly, right? Not really, say the proponents of the "no-poo" movement. This is not a constipation-related protest as the name would have you believe - it is a growing faction of people who are moving towards avoiding regular use of shampoo. The movement, which is being embraced by people all over the world, is built on the theory that washing hair with a gentle alternative to shampoo - such as baking soda, apple cider vinegar, or even just water - you'll achieve clean hair without the damage or dependency on daily shampooing, according to nopoomethod.com. So instead of allowing chemicals in commercial shampoos to strip your hair, you can eliminate the chemicals instead and stop using shampoo altogether. The movement is being embraced by women all over the world, including Virginia Tapscott, a mother of two based in New South Wales who explained why she and her kids have been shampoo-free for over a year, and how they're much happier for it.

The 28-year-old mum told The Daily Mail that she and her two kids have just completed a year without shampoo, and they're amazed by the results. Tapscott also gave up conditioner, artificial hair dyes, and hair cuts, and spoke about the difference it's made for her hair, saying, "My hair is different now," she said about her tresses. "It has more body and is less dry and brittle. The natural oils actually make it easier to brush." The no-poo mum explained that she decided to ditch shampoo when she realized how many "weird ingredients" it had in it. Tapscott also became concerned about the amount of waste her family was producing. "I was pregnant with my second baby at the time and felt that repeated exposure to chemicals was adding unnecessary toxic burden," she told Daily Mail Australia. "I also felt at least partially responsible for my son's rashes. We began taking a more minimal approach to our consumption of all products, including cosmetics."

When Tapscott realized that her latherless existence made "very little difference" to her life and appearance, she decided to continue the experiment for as long as she could and cut out more products from her routine. "I now use just jojoba oil, some essential oils, a homemade deodorant paste, a homemade tooth powder, and a natural store-bought zinc-based sunscreen," she said. And according to Tapscott, her hair looks better than ever before. "I still wash my hair with water, brush it and do occasional scrubs with bicarb soda," she explained. "If I ever think it looks a bit oily, I sprinkle some tapioca powder on the roots and brush it through." She also applies the same regimes for her two children, explaining, "My daughter's hair has never seen shampoo so is pretty well unaffected and looks just like any other one-year-old's hair." She added that her son has been shampoo-free for a year and constantly gets compliments about his curls.

Tapscott recalled that she found some oiliness at her roots about six months into the no-poo routine, but decided to use a homemade recipe instead of a commercial shampoo. "I scrubbed my scalp with one tablespoon of bicarb soda dissolved in a cup of warm water," she said. The recipe rendered her hair oil-free, after which she conditioned it with a banana and raw egg hair mask. Since that point, she's only washed her hair with warm water, without any products. "If anything, I actually get fewer knots now. My hair is neither oily or dry. It doesn't smell like Palmolive, but it doesn't smell like sour milk either. It just smells like hair," she said. More and more people are embracing the no-poo movement, with stars like Kim Kardashian, Shailene Woodley, Adele, Gwyneth Paltrow, and Jessica Simpson saying they delay washing their hair for weeks on end. Everyone has their own reasons for getting in on the movement - some say the chemicals in most shampoos are damaging to the hair, others do it to save time and money, and simply because their hair looks and feels better. It's definitely worth a try, the benefits include healthier hair and scalps, and reduced dependence on styling products, but if you think you can't forgo shampoo entirely, then experts recommend you use shampoo just on your scalp and leave the ends.