Grieving Mom Stayed Next To 11-Yr-Old Daughter's Body For Days After Her Death, Holding On To Inseparable Bond

Neighbors in Brisbane found the 11-year-old girl’s body along with her mother Nicole Smith who seemed to be injured. 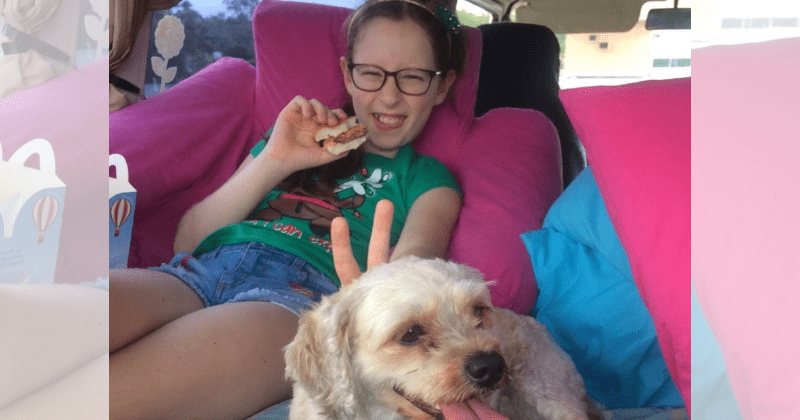 Sophie Smith, an 11-year-old girl, is believed to have died sometime last week, according to a report on news.com.au. Her body was found in the family’s Mount Cotton home, south of Brisbane, Australia. Although the cause of her death is yet to be ascertained, police are investigating her death as non-suspicious. Sophie’s mom was said to be lying beside her daughter’s body for days and she was taken to the hospital around 6 pm on Thursday night.

Nicole was being treated for injuries that are believed to be self-inflicted. Her husband Edward who is a fly-in, the fly-out worker seemed to be worried about his family prior to the incident as he hadn’t heard from them in days and alerted his neighbors about the same.  Sophie’s school was also trying to reach out to the family as they hadn’t seen her in class for a while.

Sophie Smith is believed to have died from natural causes and was found by her heartbroken mum who sat with her for days after she passed away. https://t.co/6oEYtzkVms

The mother and daughter were said to be inseparable and the mourning community seems to be in a state of shock. Officials are still looking into the cause of Sophie’s death but are treating it as “non-suspicious” as of now.

Previously, a police spokesman hoped that the autopsy results would give investigators, “few more answers and a few more lines of inquiry”. Cleveland Detective Inspector Owen Elloy said that the officers were continuing to investigate the matter but they do not believe there was any foul play involved in Sophie’s death. “Obviously, it’s a very sad event, and it’s not something at this point in time we believe is suspicious,” Elloy said last week.

I don't know how this mother is going to get through this. This sort of overwhelming grief is a lifetime thing. I wish her strength and courage for the so very difficult days ahead 💞💔💞

A report is being prepared for the coroner. Detectives were told by Smiths’ neighbors that Nicole was heartbroken and stayed in the house with her daughter’s body for a “number of days” before they were found on Thursday.

A close friend of the family, Felicia Bake, on behalf of Edward Smith, started a GoFundMe page to help cover funeral costs. Felicia paid tribute to little Sophie through the page, stating that no matter the donation, big or small, every cent will help.

She described Sophie as a “beautiful, gentle, kind soul”. The page read: Sophie was a beautiful, gentle, kind soul and very much loved.  At only 11 years old, heaven has gained an Angel.  She was bright & bubbly, loved her family and adored her dog Daisy. Mum is still in the hospital, Dad is of course filled with shock and grief.   He had been working away to try and get ahead and support his family.  We are close friends of the family and wanted to do something to help alleviate the financial burden,  now is not the time to be worrying about how to pay funeral costs, rent and the general bills that keep on coming.  With some encouragement, Ed has given us permission to create this fundraiser and all funds will be going to the Smith family.

So far the page has hit $11,556 of its $10,000 goal. 226 people have contributed in just 9 days to help the Smith family with the funeral costs. News.com.au reported that a family friend previously told the Courier-Mail that the mother and daughter were “inseparable”.

“(Nicole) is such a beautiful mum, I can’t imagine her without her daughter,” the friend said. “Her whole world was Sophie, her life is her daughter. She is a charitable, lovely lady.”