"He's such a good man, as I've said before," the Big Little Lies actress told Jenna Bush Hager in an interview with TODAY. 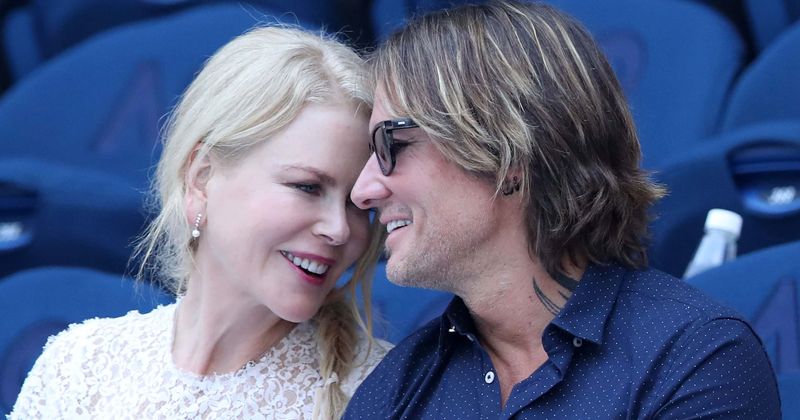 Nicole Kidman has never been one to hold back on her fans and well-wishers. She recently opened up about her marriage to Keith Urban and spoke candidly about what a wonderful father he is to their daughters, Sunday Rose and Faith Margaret, in a new interview on TODAY. "He's such a good man, as I've said before," the Big Little Lies actress told Jenna Bush Hager on Friday. "I'm married to a really good man. And the kids have a great father and that's a very beautiful thing to be able to say."

Fifty-three-year-old Kidman has millions of fans, but her husband is her biggest one and she is likewise his. During the pandemic, she has been joining him for fun Instagram live concerts, where he performs and she dances around to his music. She also went on to say that she hopes that their cute and lighthearted concerts will give people the moments of happiness they deserve during this difficult time in all our lives. "We just tried to go, OK, this is the situation," she told Jenna. "There were so many people just hurting, as there is still, and trying to be incredibly respectful of that but just spread a little joy, which was what his music was trying, was doing."

Meanwhile, Urban, also 53, casually joked that his wife is his "groupie" in one video, which she didn't mind at all. "I'm happy to be your backup singer, your groupie," she said. "Whatever you need me to be." When she's not appearing in Instagram videos with her husband, Kidman has been busy at work on her new HBO show, The Undoing. In the thriller miniseries, Kidman stars as Grace, a therapist who is married to Hugh Grant's character Jonathan. Grace is a happily married woman until a shocking incident pulls the rug from under her and makes her question everything she thought she knew about her husband.

With the new series, Kidman and Grant have been working together for the first time, though they had been acquainted for a few years.  "We've known each other for a couple of decades," she said. "And you always say to people, I'd love to work with you. And actually, I never said that to him. I was just always a 'Hi, Hugh.' And then, but a bit deep down I've always wanted to work with him … he's so good and he's obviously incredibly witty and charming."

Aside from that, Kidman's hardcore fans had been wondering whether there would ever be a third season of her acclaimed HBO series Big Little Lies. Kidman has not yet made any announcement on the same but she did hint that she and her fellow cast members from the series would certainly love to reunite for more episodes.  "We're all very close so our desire is for there to be a season three," she said. "Part of the thing is trying to make something happen … creatively it's lovely if something evolves and struggles on … there's definitely the passion and the desire and I just want to go back to Monterey and hang out with my girls!

While all that is going on, Kidman acknowledged that she is very grateful for what life has given her and her current predicament. When Jenna asked the legendary actress if she ever feels "astonished" when she looks back at her incredible body of work, Kidman said that's a good way to describe it. "Yeah. Astonished is a great word," she said. "On my knees going, thank you for giving me this path in life."