These sweaters are made by women from the village who work for months on end to knit the apparel. 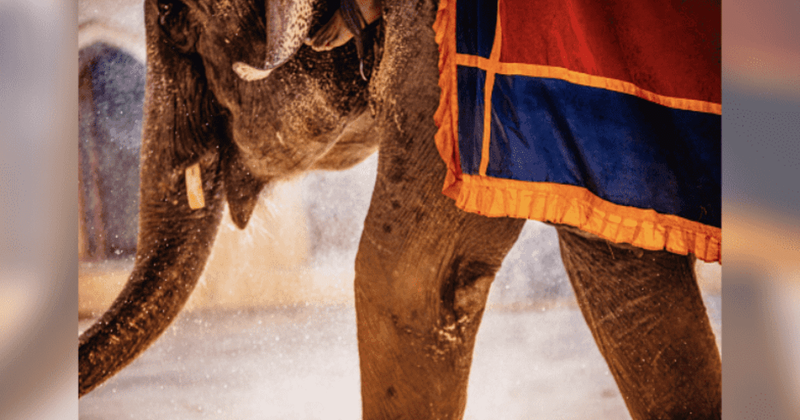 In the city of Mathura, located in the north Indian state of Uttar Pradesh, temperatures hover around 32°F (0°C) during the winter. For a country so used to its tropical climate, mercury hitting so low can often have disastrous consequences. The same goes for the 20 elephants housed at the Wildlife SOS Elephant Conservation and Care Center. As a remedy to the situation, an NGO has roped in a new initiative—knitting Jumbo Jackets to help the benevolent beasts to brave the cold, reports Daily Mail. These sweaters are made by women from the village who work for months on end to knit the apparel that can fit around the magnanimous beasts. Their handiwork was in response to an appeal from the staff at the center.

Aww, that is so nice and looks like the elephants happy! 😊

Even though the giants are never used to clothing, they didn't seem to resist when adorned with the jackets. "They really took to their jumpers! I know in some countries it is a bit of a joke to wear the most outlandish one you can for Christmas," Satyanarayanan added. "But the elephants care less about fashion and more about being warm." Of course, it isn't just the cold the animals have to bear, as most of them are sick, they risk catching conditions such as pneumonia. Speaking to The Times Of India, Satyanarayanan, said: "It is important to keep our elephants protected from the bitter cold during this extreme winter as they are weak and vulnerable having suffered so much abuse making them susceptible to ailments such as pneumonia. The cold also aggravates their arthritis which is a common issue that our rescued elephants have to deal with."

Luckily, with these sweaters, the animals get to live through the winter feeling cozy and content allowing them to heal at their own pace without needing to worry about enduring harsher times. The facility is a blessing in disguise for the resident elephant populace as it also offers a great space where the animals can live a life of freedom, dignity, and peace while being served nutritious food and tended to by veterinarians on a regular basis. Geeta Seshamani, Secretary and co-founder of the Wildlife SOS spoke to The Times Of India, and said, "The rescued elephants under rehabilitation at Wildlife SOS have been rescued from shocking circumstances. We aim to provide them with a safe habitat where they can live like elephants."

Thank you to the people who care