Spiders aren't a major threat to anybody except the pests and bugs so letting them live in your house is only a positive for you. 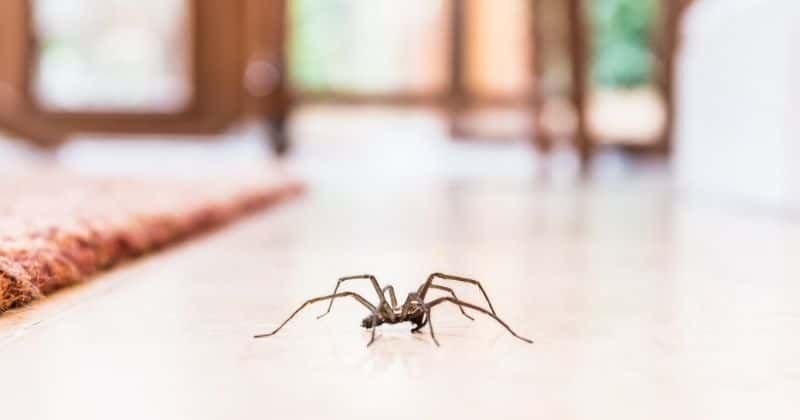 When it comes to spiders, most of us are divided about them. While some are indifferent towards them, there are others who have a crippling fear when faced with one.  Nevertheless, seeing one living in our home rent-free tends to give us the heebie-jeebies. So, naturally, when you happen to see one, your first instinct is probably to kill it. Yet, that might not be the best method to do away with them. The Conversation reports that spiders are just another organism and most importantly they are part of nature and also our indoor ecosystem, whether you like it or not.

Although most people think their houses give them complete protection from all invaders, it's mostly untrue - at least when it comes to tiny critters and bugs. While some spiders are only around for the short-term, others get trapped and are looking for their way out. Then there are some who love the indoors so much, they procreate and build a family of their own tucked away in a part of your house. However, they are often hard to find as they are pretty secretive and are neither aggressive nor cause any danger for us. If anything, they do repay the favor, albeit on their own terms, by eating tiny pests and sometimes even other spiders.

In a survey conducted by the outlet of over 50 North Carolina homes to check the types of arthropods living in houses, a very common theme emerged. All the houses had spiders and the most common species were cellar spiders and cobweb spiders. It is true that they are predators and tend to consume whatever they catch, especially tiny pests and other disease-carrying insects such as mosquitos. In some African households, there are special jumping spiders that love to gobble up blood-filled mosquitos. The point here is, killing a spider doesn't just mean killing them, you are actually giving the other pests and insects free rein over your house.

The two spider species build webs and bide their time to find their prey. Cellar spiders, meanwhile, leave their webs to hunt other spiders on their turf, mimicking prey to catch their distant family members for dinner. Sure, we understand where the fear of spiders comes from, they have far too many legs and while most of them are even venomous it's not so strong to cause problems for the humans, even if their fangs burrowed into our skins. Yet, spiders are not out to get us humans as they prefer to avoid us. If anything, we are a bigger threat to them. What's more spider bites are also quite rare.

it's true, house spiders are extremely common and natural, most haven't been outside in their whole life. killing them, even though it is in you house, is the same as killing them outside. it only hurts what is natural

So, if you are still not convinced, here's an alternative. The next time you see a spider in your house, the best course of action is to catch and release them outside. It's a win-win situation for all involved, as the spiders will simply move on to another place. However,  if they still are in your house, this is perfectly okay as well. You could probably just turn a blind eye towards them, and go on about your day.

I'm friends with spiders - they leave me alone, I leave them alone, he gets to eat some of the bugs in the house and destroy cockroach nests, and he moves to the next house - spiders are real bros.
Centipedes just kind of suck and look weird.