Newborn Baby Found Dead Behind Strip Mall In Arizona. Police Is Looking For Leads From The Public

Police are still looking out for the offenders and have asked the public for help. 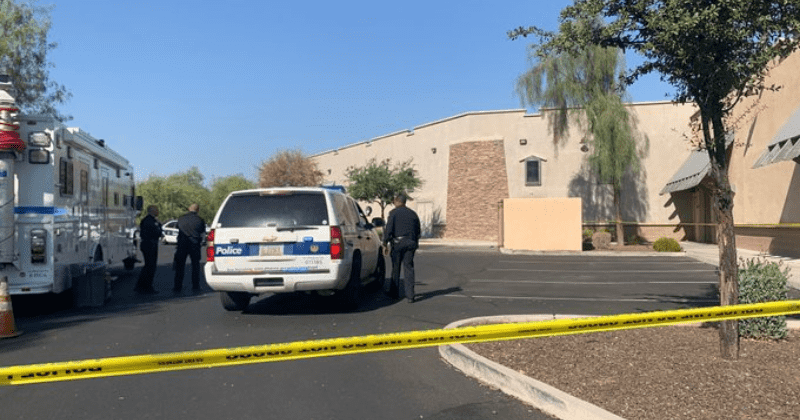 Trigger Warning: The story has details child abandonment and death that readers may find disturbing

A newborn baby was found dead near a dumpster in Phoenix, Arizona on Thursday. Police are still trying to trace the people who abandoned the baby by looking at surveillance camera-footage from nearby buildings and establishments. The child was first found by a couple, who informed a barbershop nearby of the same and told its owner to call 911. The police responded to a call at 1 p.m about an injured person behind a strip mall building in southwest Phoenix on 35th Avenue and Baseline Road, reports Fox10 Phoenix. When the cops reached the site, they found a baby who was not breathing. The fire department, which also rushed to the scene, declared the baby dead on the scene. Sergeant Ann Justus from the department said on Friday that the late newborn baby was a boy.

Patricia Martinez, who runs Lee's Martial Arts Academy, not very far from where the baby was found, said that her daughter, an instructor in the academy, had called her about the abandoned baby. "She said, 'I have seen some baby in a truck.' I said, 'Where's the baby?' [She said] 'Over the back door.' I went around the back and I saw the baby there in the truck," she said. Martinez was unable to comprehend how anyone could be so cruel as to abandon an innocent baby. "How do you throw a baby away? It sent all kinds of emotions. One because I am a brand new grandmother and my daughter just had a baby," said Martinez, who added, "There are so many people that want babies. There are so many people that want babies that they would've taken this baby and this baby was given no opportunity, no chance in life and so innocent. Babies are innocent."

UPDATE: Phoenix PD has confirmed that a newborn baby boy was found dead behind a strip mall in Laveen Thursday. https://t.co/MiKlNSTnac

Officials did not confirm the cause of the child's death, nor whether he had any injuries or signs of trauma. Police are still investigating the case. According to an Associated Press report, Arizona has a Safe Baby Haven law enacted in 2001, according to which, a number of safe havens exist where people can give newborn babies. The law allows anyone to hand over an unharmed newborn child within the first 72 hours after birth without the possibility of facing any criminal charges related to child abandonment or other offenses. People can give the baby to establishments such as hospitals, on-duty emergency medical technicians, on-duty fire stations, adoption agencies, and child-welfare agencies and churches with Safe Baby Haven signs posted.

CHILD DEATH INVESTIGATION. 35 Av/Baseline Rd. An infant was found unresponsive behind a business. Phoenix Fire pronounced the infant deceased on scene. If you have any information please call Phoenix Police or @SilentwitnessAZ
480-WITNESS pic.twitter.com/1sCQUzaZHJ

People have been asked to come forward to help the investigation by calling the Silent Witness at 480-WITNESS. They will receive a cash award while remaining anonymous for tips leading to an arrest or indictment of the offender. The Phoenix Police Department has also asked people to contact them if they know anyone who knows someone who was recently pregnant but doesn't have a baby. According to the United Nations, as many as 60 million children have been abandoned by their families and live on their own or in orphanages in the world. In the United States, over 7,000 children are abandoned each year. We had written about a couple in Los Angeles put their dead baby in a suitcase and dumped it into a bin at a shopping center near their motel.

Wtf! This is Horrible whoever did this needs the death penalty!

Adam Manson, 35, and his partner Kiana Williams, 33 were in South LA on New Year’s Eve and had used methamphetamine. They found the baby dead in the morning. The suitcase ended up in a landfill in Corona, about 60 miles away. When questioned by the police numerous times after the crime was discovered, the couple refused to divulge any details about their son's whereabouts. It was only a month after they dumped the baby that they admitted to the crime.