Cruel Woman Throws Newborn Out The Window, Then Showers And Falls Asleep 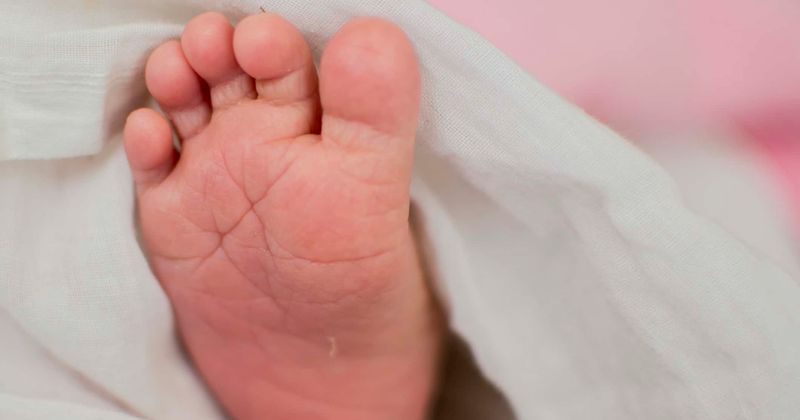 Trigger Warning: The story has details of infant abuse that readers may find disturbing

A woman in Queens, New York was arrested after allegedly throwing her newborn baby out of the window of her first story home, moments after giving birth. The baby was found on the morning of October 11 with its umbilical cord still attached and severely injured according to a witness and police. A spokesperson of the police told The New York Post, "We get there and there’s a male infant found on the side of the building." The baby was first discovered by a woman and then taken to the Jamaica Hospital Medical Center in a critical condition. Sabita Dookram, the 23-year-old mother was arrested shortly thereafter. She has been charged with seven criminal charges  reports The New York Post.

Suspect Sabita Dookram, 23, cruelly ignored her gravely injured baby’s cries — which were caught on local surveillance tape — as his tiny body lay next to the garbage 5 feet below, prosecutors said. “I panicked and threw it out of the bathroom window,’’… https://t.co/rKxtldwVUW

These include attempted murder, attempted manslaughter, abandonment of a child, and acting in a manner to injure a child, reckless endangerment, assault, and tampering with physical evidence. The police said the child suffered from hypothermia and was in a critical but stable condition. Investigators in the case found out that Dookram had given birth in a bathtub, and then tossed the baby from the bathroom's window. After being arrested she underwent a psychological evaluation at a hospital. Dookram's neighbor who was questioned by the cops said she "didn’t notice" that Dookram was pregnant and was not aware of any boyfriend or husband. According to Daily Mail, Dookram told the cops she "panicked" after giving birth to the child and threw the baby out. But she did manage to shower and sleep after doing this.

Despicable. Wonder if that warrants an attempted murder charge of some kind. What a horrible thing to do to a newborn. Just utterly despicable.

"I gave birth yesterday afternoon. I cut the cord with a scissor from the bathroom. I panicked and threw it out of the bathroom window. I did not check on the baby, I put my clothes in the laundry hamper in the bathroom, I showered and went to sleep," Dookram told police. As of now, it is not clear how long the baby was outside before being found. The child was making noise in the morning and was then found. He was found naked and lying next to some garbage. There was blood on the ground as well as on the sidewall leading up to Dookram's bathroom window on the first floor as well as on the window sill. After being taken to a hospital, the baby was put on a ventilator and was then taken to another hospital, the Cohen Children's Medical Center.

The baby suffered brain trauma as a result of being thrown. The infant also suffered a brain bleed and swelling. He also had an abdominal injury with internal bleeding. "This is a heartbreaking situation. A newborn baby has suffered greatly because of the alleged actions of his mother, who now faces serious charges and a lengthy prison sentence," said Melinda Katz, the Queens District Attorney.  Dookram's bail was set at $50,000, and if found guilty, she could be in prison for 25 years. Her next court hearing is on November 5. Some reports claimed Dookram had mental health issues. In August last year, we reported a similar case in Colorado. A mother smothered her newborn baby and then threw her over the fence into her neighbor's backyard. Camille Wasinger-Konrad, 23, was charged with murder.

Judge denies bond for woman accused of throwing her dead baby into neighbor’s backyard. Camille Wasinger-Konrad told @dcsheriff that she just “got rid of it” and didn’t know she was pregnant. @DA18th obtaining DNA from 23 yr old to compare to dead infant #kdvr pic.twitter.com/WblfJtOi0o

When questioned by investigators, she first claimed that she had no idea she was pregnant and that her baby "just came out" one morning after she had stomach cramps. Her dead baby was finally found 15 hours after the murder, which took place back in January in Highlands Ranch. The woman is also believed to have wiped out all evidence of the murder and has also been additionally charged for the offense.  A neighbor found her dog sniffing on something that appeared to be a dead baby.