Lindsey M. Halstead was the victim's gym teacher and contacted him over Snapchat. 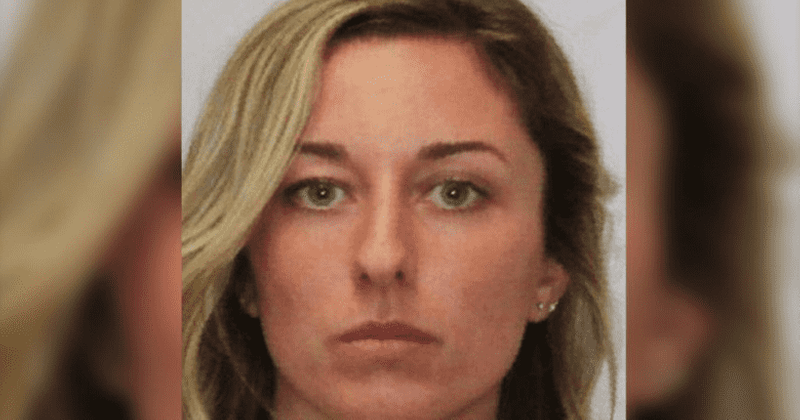 Trigger Warning: The story has details of child sexual abuse and rape that readers will find disturbing

A teacher in New York state has been charged with child sexual abuse after she sent her student nudes and later raped him in her car. Lindsey M. Halstead, who worked for the Waterloo Central School District, first made contact with her student when he was 16 years old, via Snapchat. She was the victim's gym teacher. Halstead was a teacher at the Waterloo High School teacher in Seneca Falls for four years before joining Midlakes School District. The rape took place in 2018 after she had just joined her new job. The boy told the cops the teacher asked him on the messaging app if he was “going to send her something” after she sent him the nudes, reports localsyr. She then made plans to meet him outside school.

Teacher had sex with student in SUV behind hotel: court docs https://t.co/Tm1OxxIuMF pic.twitter.com/MQafNPI9ri

She picked him up in her SUV from the city library and drove to a spot behind a hotel where she raped him in the backseat of her car. While Halstead seemed happy and upbeat about what had taken place the boy said, “I was pretty quiet and I just said a few words.” He soon blocked the pedophile from the app but she kept harassing him on another social media platform - Instagram. He blocked her there too. “At this point, I was like this is weird, why is she still texting me,” he told the cops. She also asked him if he had said anything to anyone about their interaction and meet. Once the rape became public, she was fired from her job. She was arrested and formally charged with one count of sexual misconduct for engaging in oral sex and a count of sexual misconduct for having sexual intercourse with the teen, according to court records, reports NYUP.

I just don't get the mindset behind this. What was she thinking and hoping to accomplish here that she couldn't do with men her age?

The police released her mugshot to the public believing there were more victims who would recognize her. Cases of such rapes by female teachers have been frequently reported over the years. In Louisiana, a high school teacher raped her 15-year-old student at least around 8 to 9 times at her home, even when her child was inside the house, as per our report. Ellarea Silva, a science teacher at the Northwestern Middle School started contacting the victim over the school's mail system but soon shifted their chats to their personal email addresses. Their chats soon turned sexual, with Silva sending the boy nude pictures and videos of herself. Her face was covered in all of these because she feared being identified. She would pick up the boy in her car from his home and the two would then drive to Silva's house where she would rape him.

One time, Silva even gave the boy a vape that contained THC, the chemical compound in marijuana. The minor said he wanted to make their "relationship" public but Silva asked him to not do so as it would jeopardize her career and the relationship with her family. The matter did not stay hidden too long since the school authorities found out and placed her on leave on January 24 in a letter sent to parents. In another case, a teaching assistant at a school in Naples Valley in Florida had sex with two 15-year-olds at the same school she taught.  She also gave alcohol and marijuana to the underage boys. Kristie Rosa, was working under the Collier County Public Schools. They started interacting over Snapchat. The two boys said that they had arranged for Rosa to pick them up and take them to a party. Rosa provided them with alcohol there.