A first-time father recently proved just how far he was willing to go for the wellbeing of his infant daughter when he asked his own mother to leave the hospital room for being toxic while meeting the little one for the first time. 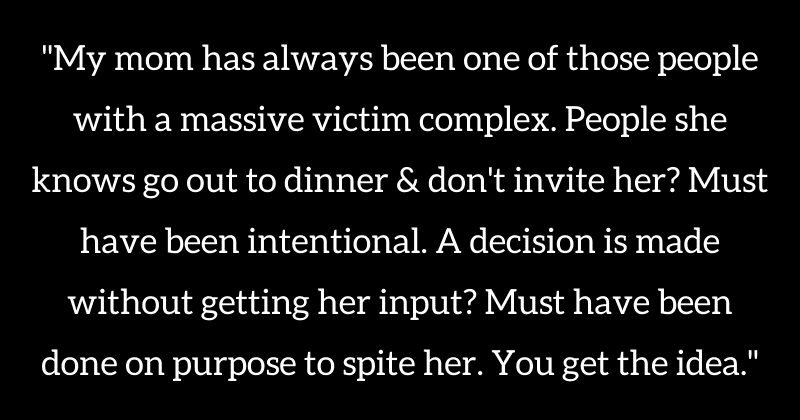 The experience of welcoming a newborn into the world is unmatched. The magic of having created something so precious is coupled with the vow to shield the child from all harm and negativity in the world. A first-time father recently proved just how far he was willing to go to ensure the wellbeing of his infant daughter when he kicked his own mother out of the hospital room for being her usual toxic self while meeting her granddaughter for the first time.

Reddit user u/peevednewdad took to the platform's r/AmItheAsshole to share the story of the disastrous incident, revealing how his family now considers him a jerk for asking his mother to leave. "New 1st-time dad here to a healthy little princess born this past Thursday. Unfortunately, the joy my wife & I felt in this scenario was temporarily halted by my mother's wholly inappropriate behavior that I'm just not ok with," the Redditor wrote.

"Some background: my mom has always been one of those people with a massive victim complex. People she knows go out to dinner & don't invite her? Must have been intentional. A decision is made without getting her input? Must have been done on purpose to spite her. You get the idea. This behavior manifested heavily 5 years ago when we got married and became a sore point for a long time. Once she found out we were expecting, again the negative behaviors came out. Tired of her leaving a stain on every moment that should be joyous, I finally had a sitdown with her," the user continued.

The Redditor revealed that he spoke to his mom about her negative attitude, warning her that he wouldn't let her be a part of his child's life unless she changed her ways. "I told her in no uncertain terms that I wasn't going to raise my daughter in a negative environment like this, that we want her to be around and involved but her attitude needs to change. I was polite but firm about all of this. She resisted at first, resorting to her usual ways & thinking I was just plotting to get away from her completely, but in the end, she claimed to have understood where I was coming from and promised to try and change her tone," he wrote.

"Well, the big day arrives and everyone is at the hospital. Baby is born, we had some bonding time as a family, then invited the grandparents (both sides) up to meet her. On arrival, we introduced her and shared her name (we'd elected to keep it a secret). My wife and I come from different religious backgrounds and thus different naming traditions. Mine is to name after a departed loved one, hers is to name after a living relative. So our compromise was to name her after my grandmother (mom's mom) who passed a while ago and make the middle name for her mom, our daughter's grandmother," u/peevednewdad continued.

"After being in the room a bit and meeting her the question inevitably comes up of how we came up with her name," he wrote. Despite promising her son that she wouldn't pull any of her usual antics, the Redditor's mom proved that she's a case of "a leopard never changes its spots." The Redditor recounted how his mother's demeanor took a turn for the worse when she heard her grandchild's middle name. "So I explain and at first she's beaming that her granddaughter is named for her mother, then when we get to the middle name her face changes to a look of pure anger and she says YOU DID WHAT?!? I calmly explain again, only to get OK, folded arms and a pouting demeanor clearly displaying her disapproval at this choice. This is supposed to be a happy occasion and I finally decided enough was enough and told her it was time to go," the Reddit user wrote.

"This led to resistance from my dad, her going off the rails again about how everything is against her, and my wife hysterical that another event has been messed up. So I told my dad flat out that this behavior is the reason why and I won't have my kid around it, that when she's ready to behave like the grandmother we want our daughter around she can return but for today we're through. Apparently, according to any and all in my family, I'm the a**hole for stepping in this way," he revealed. What do you think? Is he to be blamed for putting his foot down? Let us know in the comments.