Murphy, 30, was living with her husband Simon Monjack and her mother Sharon Murphy when she died. 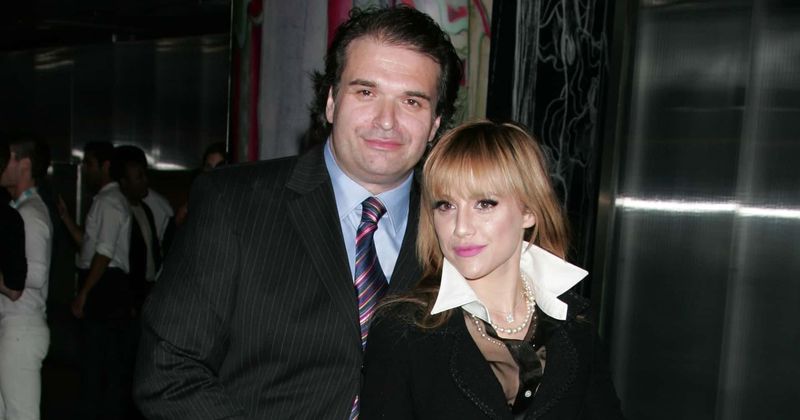 Investigation Discovery network's Brittany Murphy: An ID Mystery aired in the US this week and questioned Brittany Murphy's cause of death. At the time of her death, Murphy was living with her husband Simon Monjack and her mother Sharon Murphy. Monjack, a British screenwriter, married Murphy in 2007. He was 8 years older than her.  The late actress's mother Sharon was with her daughter when she collapsed in her master bathroom. According to NBC Right Now, a press release for the documentary stated: Brittany Murphy is a rising star who had it all, beauty, fame, and success ... but she also had secrets. When she is found dead in her Los Angeles home at just 32 years old, Hollywood and legions of fans are left in disbelief. While her autopsy reveals that she died of natural causes, many believe foul play is involved. Then, within months, Monjack perishes under strikingly similarly circumstances - in the same bed he and Brittany once shared, only this time, allegedly with Brittany's mother sleeping beside him. In an exclusive final interview, the late Angelo Bertolotti, Brittany's father, casts doubt on the conclusion that she died of natural causes and reveals bizarre allegations against other family members

The Clueless actress was just 32 when she died in 2009. The Los Angeles County coroner ruled her death was an "accident caused by a combination of pneumonia, an iron deficiency and multiple drug intoxication" In 2013, Brittany's father, Angelo Bertolotti, ordered an independent toxicology report. Bertolotti claimed that the test results had come back showing traces of "heavy metals," including barium, which is consistent with substances such as rat poison. The independent report, obtained by CNN, stated, "If we were to eliminate the possibility of a simultaneous accidental heavy metals exposure to the sample donor then the only logical explanation would be an exposure to these metals (toxins) administered by a third party perpetrator with likely criminal intent."  However, the president of the American Board of Forensic Toxicology said, "It's ridiculous." Dr. Bruce Goldberger elaborated that the conclusion of poisoning is an "inflammatory statement" that "is a baseless allegation and outrageous statement to make based on a single hair test."

Very true she was so talented. At least we have those movies to look back on.

According to the documentary, after Brittany's death, Monjack gave a strange "tour" of the room where she died and her closet.  The Daily Mail reported that Brittany Murphy's mother "shared bed with daughter's husband Simon Monjack after her death" according to TMZ. The report doesn't suggest sexual contact between the two. Sharon Murphy later issued a statement, saying,  "I am very disturbed that the L.A. Coroner's office continues to release things to the media that are misleading."

So I'm watching the ID Mystery about Brittany Murphy's death and I don't care what anyone says, no way nothing was going on between her mom and husband. These are couple's photos for fucks sake! pic.twitter.com/gnzBfhUWIk

However, her husband Bertolotti continued to believe his daughter was murdered. "It's very suspicious," Bertolotti said, "I feel she was poisoned and there's no question about that. She was murdered." Forensic pathologist Dr. Cyril Wecht (co-author of a book on the JonBenét Ramsey investigation and the doctor who performed a second autopsy on Anna Nicole Smith's son Daniel at her request) told E! News that, based on what the hair test uncovered in 2013, he would've reopened the Murphy case. "I would have checked to see if the private lab results were valid and if they could be corroborated and analyzed, whether there was exposure and where did the exposure come from," Wecht said. "You have two people—a husband and a wife—dying five months of each other. And, not engaging in any wild speculation, with two young people dying five months apart you've got to check it out, and I still don't know what happened." Assistant Coroner Ed Winter reiterated to E! News at the time that they had since been apprised of the independent report, and the "only thing they found was heavy metals present, but I guess either our folks or doctor explained to them it was due to Brittany coloring her hair…It was determined it was from color. She wasn't poisoned, and we stand by the cause of death. She died from over-the-counter medicines, pneumonia and anemia."

I believe her mother killed them both

Sharon Murphy had had enough by 2013. "I have no choice now but to come forward in the face of inexcusable efforts to smear my daughter's memory by a man who may be her biological father but was never a real father to her in her lifetime," Sharon wrote in a letter published by The Hollywood Reporter on Nov. 25, 2013. "Angelo Bertolotti has relocated to California in his old age to claim he is here for Brittany, as he never was in life. He has made outrageous statements over the past few years, culminating in this latest madness: that my darling daughter was murdered.  His claims are based on the most flimsy of evidence and are more of an insult than an insight into what really happened, as I will explain to you shortly. We will never know for sure. However, we do know the Los Angeles County Coroner did extensive tests and found that she died of natural causes. And now she is a real living angel in heaven."

It left me with more questions than answers