In one of his final roles, the Oscar nominee voiced the villainous stuffed bear Lots-O’-Huggins in 'Toy Story 3'. 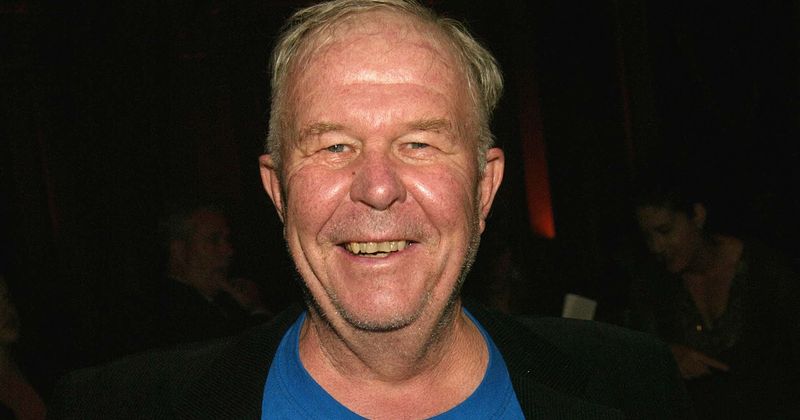 Oscar nominee Ned Beatty, known for his roles in films like Deliverance, Network, and Superman, has died at 83. “Ned passed away from natural causes Sunday morning, surrounded by his family and loved ones. His family has decided to keep details private at this time,” his manager said in a statement to ET Canada. “Ned was an iconic, legendary talent, as well as a dear friend, and he will be missed by us all.” It was reported that his death was not COVID-related. TMZ was the first to break the news. The actor is survived by his wife, Sandra Johnson, and his eight children and grandchildren.

Ned Beatty, known for his roles in ‘Network’, ‘Deliverance’, ‘All the President’s Men’, ‘Superman’ as well as the voice of Lotso in ‘Toy Story 3’, has sadly passed away at the age of 83. pic.twitter.com/8maZX4G7cG

The legendary actor was perhaps best known for his role in Sidney Lumet's 1976 Network, playing communications executive Arthur Jensen. His famous speech to Howard Beale (Peter Finch) moved audiences to garner him a Supporting Actor nomination at the Academy Awards. The actor was also known for his performances in films like Deliverance, The Big Easy, All the President's Men, Rudy, and Hear My Song, for which he earned a Golden Globe nomination for Best Supporting Actor. In the 1972 film Deliverance, Beatty’s character is assaulted by “mountain men” and forced to “squeal like a pig" in a heartwrenching scene. The uncut 10-minute rape sequence was incredibly difficult for many viewers to digest. According to The Hollywood Reporter, The New York Times called upon the actor to write an article about rape for the newspaper’s op-ed section. “The bottom line [of his piece] and the bad news,” he said, “was that a man would rather be a rapist than have to identify with the victim of a rape.”

Ned Beatty, the indelible character actor whose first film role in 1972’s “Deliverance” launched him on a long, prolific and accomplished career, has died. https://t.co/BiZ0wen6zl

The character actor also took on the role of Lex Luthor's (Gene Hackman) bumbling sidekick Otis in the 1978 iteration of Superman and its sequel. Beatty also landed roles in television, where he appeared in many hit shows like M*A*S*H*, Roseanne, Law & Order, and Murder She Wrote. According to EW, he also performed in TV specials for the likes of Dolly Parton and the Smothers Brothers. In one of his last roles, Beatty lent his voice to the evil pink bear Lots-O’-Huggins in Toy Story 3.

Many people turned to Twitter to express their condolences. New York Times writer Dave Itzkoff tweeted: A few years ago, Ned Beatty told me the extraordinary story of how he won his role in NETWORK after a meeting with Paddy Chayefsky and Sidney Lumet. May he rest in peace. Itzkoff recalled the time the actor mentioned how he bagged the role after pretending to take a call about a competing offer. "I was lying like a snake. I think they liked the fact that I was at least trying to be sly. I was doing something that maybe might be in their lexicon," Beatty said. Other people from the industry shared tributes to the legend. Actor Patton Oswalt wrote: The primal forces of nature have come to collect Ned Beatty. He was great in NETWORK, SUPERMAN, DELIVERANCE and the TV series HOMICIDE (and so much more), but don’t forget his chilling, villainous turns in WHITE LIGHTNING and MIKEY AND NICKY. CNN's Jake Tapper said: RIP Ned Beatty, so good in so many films.

RIP Ned Beatty, so good in so many films pic.twitter.com/Tz6XbaIQac

According to Deadline, Beatty was known as “the busiest actor in Hollywood,” doing multiple projects each year for film, television, and the stage. He has impacted not just fans but everyone he's worked with as well. Director Lee Unkrich, who cast the actor as the villainous bear in 2010’s Toy Story 3, shared, "Just heard that Ned Beatty passed away in his sleep. It was a joy and an incredible honor to work with him. Thanks, Ned, for bringing Lotso to life — both his good side and his not-so-good side. We’ll miss you.”

Ned Beatty was an instant upgrade to every single film he was ever in.