The portrayal of bodies and faces that's not perceived as normal by society drew flak from those who viewed the images and trailer. 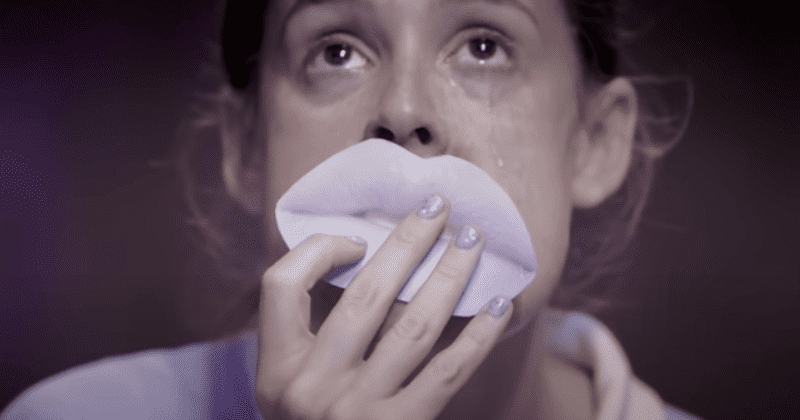 A movie on Netflix is evoking sharp responses on Twitter after viewers found a woman in the movie had a bumhole for a mouth and her mouth where her anus should have been. The film titled Pieles (Skins) featured a host of characters with disfigured bodies/faces from what's perceived as normal or beautiful, and shows how they cope with their own bodies, and faces. "Deformed, disfigured characters must find a way to deal with society shunning their differences," reads the synopsis of the movie. The Spanish film is directed by Eduardo Casanova, who marks his debut with the film. The film challenges the concept of what's perceived as normal and how characters seek to express themselves and find their true selves in a society that rejects them.

If y’all saw the Netflix thumbnail for Skins, I am SO sorry.

Many Netflix users were shocked after seeing the thumbnail of the movie that showed a woman with an anus where her mouth should have been. Many were disgusted by the image and took to Twitter to share the detail, generating more conversation around the topic. One viewer wrote, "I can’t even take this serious! She really has a butthole for a mouth!" reported Daily Star. Some were so intrigued by the radical change to the human body that it inspired them to watch the surreal movie. Again, there were sharp divisions with some disgusted by the visuals which included the woman — Samantha (Ana Polvorosa) — blowing out her birthday candles with farting noises from her bum. Some found the movie interesting as it challenged their basic perceptions about the human body and face.

In the movie, Samantha seeks acceptance and leaves the safety of the cabin she shares with her father. She faces rejection and ridicule as she steps out. In one scene, a man cruelly laughs at her condition. The movie later shows the same man seeking out sex from a prostitute, Laura (Macarena Gómez), with no eyes, because he's sexually insecure. It highlights the cruelty of the world that mocks those with disformities and shines a light on the "beauty" standards accepted in society.

The movie features many characters with faces or bodies that don't conform to the beauty standards of society. One woman Ana (Candela Peña), has a large tumor on her face while another, Guille (Jon Kortajarena), has suffered burns to his body. Cristian (Eloi Costa) dreams of having no legs, and becoming a mermaid. The movie focuses on acceptance but it shocked many on Twitter. One person wrote, "Have y'all watched Skins on Netflix? Iwww." Another added, "You do...DO NOT watch Skins on Netflix." A majority were shocked by the visuals and images. "Skins on Netflix is da weirdest s*** I've ever watched," another commented. The rearrangement of body parts certainly freaked out many. "Just watched Skins on Netflix and now I wanna throw up such a weird movie, I don't know how I made it to the end."

"Fusing the bright, kitsch colors of early Almodovar with John Waters' transgressive love of the forbidden, this series of interlocking stories about folks with physical differences seeking their place in the world has the virtue of introducing the viewer to a new, off-kilter world," read a review of the movie on The Hollywood Reporter. "Though it lacks depth and is sometimes clunky, the film is persuasive and thought-provoking for as long as it lasts."

Netflix needs to take Skins off expeditiously cause wtf is this 😩

Man Netflix really let That movie Skins on their platform...and the first thing you see is a mf who got a butt hole for a mouth...man 2020 ratchet af