The US Courts had ruled that the federal government had forcibly taken the land on which Mount Rushmore is built. 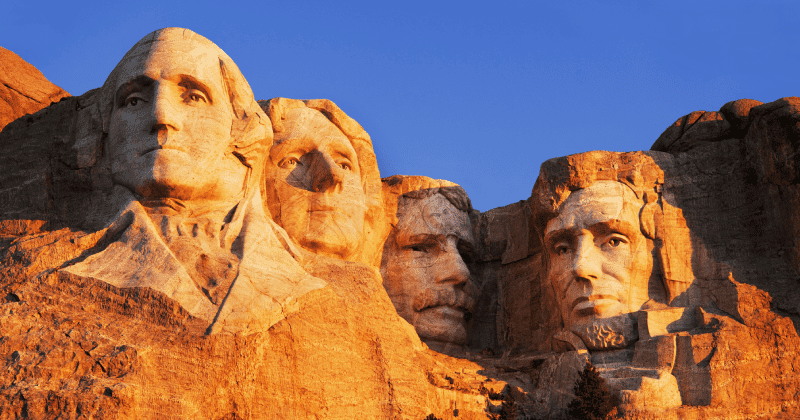 Native American leaders are calling for the removal of the Mount Rushmore National Memorial as it is carved in their sacred land. "Nothing stands as a greater reminder to the Great Sioux Nation of a country that cannot keep a promise of a treaty than the faces carved into our sacred land on what the United States calls Mount Rushmore," said Harold Frazier, the chairman of the Cheyenne River Sioux Tribe in South Dakota."The United States of America wishes for all of us to be citizens and a family of their republic yet when they get bored of looking at those faces we are left looking at our molesters," said Frazier, in a statement released on June 29, reported CNN.

Mount Rushmore was sculpted by a leader of the Ku Klux Klan and was named after a white capitalist who profited from violations of tribal sovereignty. The Lakota know this mountain as Tȟuŋkášila Šákpe or "The Six Grandfathers." You should too. pic.twitter.com/fLrAUVHvCD

Mount Rushmore National Memorial has been carved out on the Black Hills region and features the faces of four former presidents — George Washington, Thomas Jefferson, Theodore Roosevelt, and Abraham Lincoln. America is reassessing the merit of its statues and monuments amidst the Black Lives Matter protests that broke out in the wake of George Floyd's death. Last month, Oglala Sioux President Julian Bear Runner said Mount Rushmore is a "great sign of disrespect" to their community and called for it to be removed. Both the Oglala and the Cheyenne River Sioux Tribe are part of the Great Sioux Nation.

Behind the scenes from Mount Rushmore🎇via the @WhiteHouse advance team, prior to POTUS & FLOTUS arrival tomorrow evening. pic.twitter.com/JOiVoZ2Ez9

The Black Hills region was granted to the Lakota in perpetuity as part of the Fort Laramie Treaty of 1868 but the agreement was broken by the federal government after gold was found in the region, reported USA Today. Miners rushed to the region under an expedition led by Gen. George Custer in 1874 and demanded the US Army's protection. Having already granted the land to the Native American tribe, the US government, using The Indian Appropriations Act of 1876, cut off all rations. The government refused to budge, demanding that Lakota end hostilities and concede Black hills to the federal government.

The US Court of Claims ruled that the federal government's forced takeover of the region violated the fifth amendment. The U.S. Court of Claims found that the Sioux Nation of Indians was entitled to $17.1 million in compensation because of the government's seizure of the Black Hills and thus violated the Fifth Amendment. The Native American tribe refused compensation because it would legally end their demand for the Black Hills to be returned to them. Mount Rushmore was basically built on Native American sacred ground which was forcibly taken away from them.

"The men on [Mount Rushmore] Washington, Jefferson, Teddy Roosevelt and Lincoln, none would have handled a crisis like you have so far," says @ChrisCuomo to Pres. Trump. "You want to be in their presence? Why not act more in their image when it comes to how to lead in hard times" pic.twitter.com/lpphtgbj0p

Mount Rushmore really is the celebration of America in the eyes of a White man. It was sculptor Gutzon Borglum who carved out the faces of the Presidents on Six grandfathers and his choice of the four Presidents also stemmed from his views on race. "Art in America should be American, drawn from American sources, memorializing American achievement," said Gutzon Borglum, and by 'American achievement' he meant that of the White people. Borglum was also a member of the Klu Klux Klan. The National Park Service website describes the monument as "a symbol of freedom and hope for people from all cultures and backgrounds." Surely, they're not referring to the culture of the Native Americans.

It has already been announced that President Donald Trump and first lady Melania Trump will visit Mount Rushmore on Friday for an early Fourth of July fireworks celebration and flyover. Harold Frazier, the chairman of the Cheyenne River Sioux Tribe in South Dakota, said the government is now adding insult to injury. "We are now being forced to witness the lashing of our land with pomp, arrogance, and fire, hoping our sacred lands survive," said Frazier. "This brand on our flesh needs to be removed, and I am willing to do it free of charge to the United States, by myself if I must."