Can Snakes Fly? Researchers Reveal How Snakes Can Glide Through The Air In New Study

The researchers brought a number of flying snakes to a special facility and carried out experiments using motion-capture cameras. 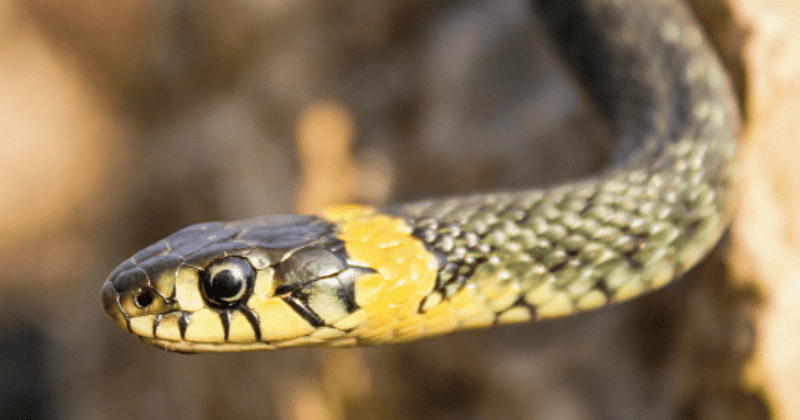 Did you know there is a breed of snakes in south-east Asia that can fly? Well, 'fly' may not be the proper word here since they do not take flight in the skies like birds but they can glide in the air from one tree to another. We are talking about the flying tree snakes that have intrigued wildlife enthusiasts and researchers for ages. But a recent study has thrown more light into the workings of their aerodynamic feat. “I wouldn’t say all the mysteries are solved, but we have a big piece of the story filled in,” Dr. Jake Socha, one of the authors of the study, told The New York Times. A professor of biomedical engineering and mechanics at Virginia Tech and few of his colleagues worked on the study which revealed that the flying snakes use "undulation" or wriggle to support its flight and also to direct itself and safely land without getting hurt.

🐍 Researchers filmed flying snakes with high-speed cameras as they glided across a four-story theater.

It turns out the snakes' special wave-like movements — as if they're swimming in air — are part of the secret of how they're able to glide.https://t.co/KkTmkKKhkQ

The undulation is deliberate and highly functional processes that help the snake enhance its stability mid-air.  While many would think, it's just what snakes on the ground do while moving, the tree snakes use it for their own purpose. Even Socha had been wondering about the problem for years - whether the undulations of the tree snakes were functional for flight or were they simply repeating the same motion in the air what they did in land and water.

The study was published on Monday in the journal, Nature Physics. "When flying snakes glide, they use aerial undulation To determine if aerial undulation is a flight control strategy or a non-functional behavioural vestige of lateral undulation, we measured snake glides using high-speed motion capture and developed a new dynamical model of gliding," according to the study.

According to NatGeo, the name flying snake is a "misnomer, since, barring a strong updraft, these animals can’t actually gain altitude. They’re gliders, using the speed of free fall and contortions of their bodies to catch the air and generate lift." In order to prepare for take-off, the snake "will slither to the end of a branch, and dangle in a J shape. It propels itself from the branch with the lower half of its body, forms quickly into an S, and flattens to about twice its normal width, giving its normally round body a concave C shape, which can trap air. By undulating back and forth, the snake can actually make turns. Flying snakes are technically better gliders than their more popular mammalian equivalents, the flying squirrels."

The researchers at Virginia Tech brought a half-dozen flying snakes to a special facility at their campus. The facility is regularly used for experiments and projects in all fields with its cutting edge high-speed, motion-capture camera system. The researchers used infrared-reflective tape and installed a high tower with a launching branch. They then set up a lower tower disguised as a tree for a landing spot. "Reconstructions of the snake’s wing-body reveal that aerial undulation is composed of horizontal and vertical waves...and whose frequencies differ by a factor of two. Using these results, we developed a three-dimensional mathematical model of snake flight that incorporates aerodynamic and inertial effects," the study found.

Mystery of how flying snakes move is solved by scientists https://t.co/BhJDQ9ulPD pic.twitter.com/rERhOJNcBy

During the experiment, one of the snakes landed in the arms of doctoral students Isaac Yeaton, who was part of the study. He said, “It’s hard to believe a snake can do this. It’s kind of scary. But there’s a lot of intricate things that are going on.” The study added, "Although simulated glides without undulation attained some horizontal distance, they are biologically unrealistic because they failed due to roll and pitch instabilities. In contrast, the inclusion of undulation stabilized the rotational motion and markedly increased glide performance. This work demonstrates that aerial undulation in snakes serves a different function than known uses of undulation in other animals, and suggests a new template of control for dynamic flying robots."