'My 600-lb Life's Lisa Died After Quitting Show Despite Weighing 700lbs, Finding Maggots On Her

Lisa Fleming had sought help to lose weight but couldn't control her diet or follow the instructions of Dr. Now. 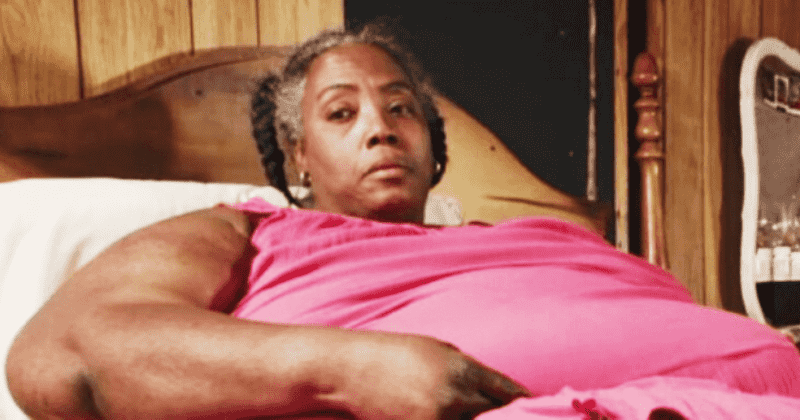 Lisa Fleming weighed over 700lbs and obesity was affecting the quality of her life. After finding maggots in the folds of her skin, she decided to seek help from Dr. Younan Nowzaradan on TLC's show, My 600-lb Life. At the time, Lisa was living with her two daughters and six grandchildren and they had been helping her carry-on with her day-to-day activities. Lisa had been bedridden for years due to her weight issues. Lisa Fleming could not control her eating habits, and also felt she lived for eating. Lisa Fleming's daughter used to wash her every day but she could see her skin peeling away. She wasn't happy with her life because she considered herself a burden on her daughters and her oldest grandchild. Especially, in the case of her grandchild, she felt like she was robbing him of a normal child.

Fleming decided she wanted to do something about her weight. She shared her thoughts with her daughters and they suggested she call Dr. Nowzaradan, who often helped obese patients lose weight on TLC show My 600-lb Life. She was going to consider weight loss surgery on the show. Dr. Now, as he's popularly known, asked her to come down to Houston, so he could treat her but traveling was not going to be easy for Fleming. It would also take a toll on her health, considering she hadn't moved from bed for years. With the help of seven paramedics, she was lifted out of her bed and transferred to an ambulance. “The paramedics have to reinforce the ramp they’ll use to get me out of the house,” she said in an episode, reported People. “I can’t believe it’s come to this. But at least I’m doing something about it before it gets to be too late.”

After Lisa reached Houston, Dr. Nowzaradan hospitalized her to ensure her food intake was under control. Lisa Fleming managed to shed some weight but she had to continue to maintain self-discipline once she moved out. She stayed back in Houston, along with her daughter but she had to get back to work. Lisa's boyfriend, Herburt offered to stay back with Fleming but he proved to be a hard taskmaster. This caused Lisa anxiety and she ended up putting more weight. Dr. Now was not impressed with Fleming's progress and decided she was not fit for the program. He said her eating habits and her behavior made it impossible for him to help her. He also said she made up excuses and kept saying she had suicidal thoughts. Dr. Now tried to organize a counseling session but it didn't help.

Lisa was also eager to get back to her life. According to her daughter, she went on to lose 200 lbs after undergoing weight loss surgery and had even managed to stand on her own for the first time in years. However, Lisa Fleming passed away in August 2018, from issues unrelated to her weight. Her daughter Danielle Fleming confirmed Lisa had died after suffering a heart attack. My 600-lb Life airs on Wednesdays at 8 pm ET on TLC. “Anybody who knows me knows I gave my mother my ALL! She was my world and I was her #NumberOneGirl,” wrote her daughter. “Mommy, I love you from here to the stars and back! Those babies loved you even more. I’m happy you’re no longer in pain and stuck in that bed. Y’all pray for me, check on me, come see about me because I am not ok! I love my mama and I wouldn’t wish this pain on my worse enemy.”

“TLC is saddened to hear that Lisa Fleming, who appeared on My 600-lb Life, passed away on August 23, 2018. TLC shares its deepest sympathies to Lisa’s family and friends,” the network said in a statement.