Motherhood is not for everyone, proves Yulia, 31. She hid in the bathroom and birthed her son during a party, promptly throwing him in the dumpster so she could keep drinking. 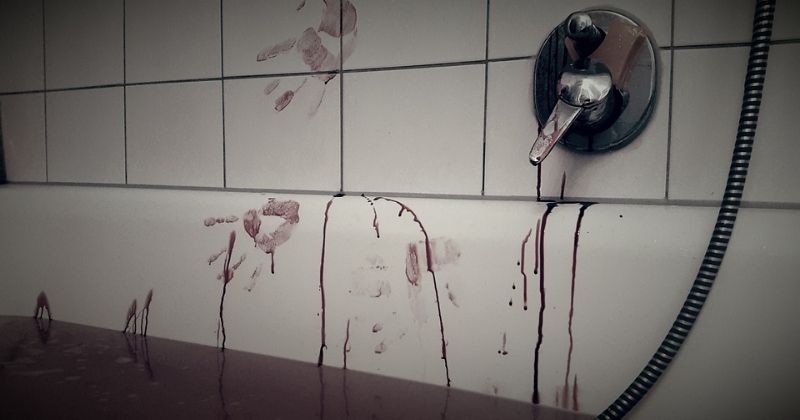 In western Russia's Ryazan city, a 31-year-old woman named Yulia's life was about to change for good. The mother-of-two was in her modest flat knocking back drinks and partying with friends when the incident occurred, reports the Daily Mail. The woman suddenly began to experience contractions. However, she was having way too much fun to allow labor to get in the way. So instead of going to the hospital or telling her friends, Yulia slipped away to the bathroom and secretly birthed her third child. The woman, who works as a street cleaner, then disposed of her baby in a dumpster near her apartment continuing to keep her friends in the dark, so that she could resume drinking and partying with them. Her crime came to light when a woman who was walking past the dumpster heard the unmistakable cries of a newborn baby. The woman promptly alerted emergency services who were able to give the newborn much needed medical attention. The child was already suffering from hypothermia from being left out in the cold too long.

Authorities discovered the child belonged to Yulia after investigating the apartment units near the dumpster. When they walked into her apartment they discovered blood and other evidence that clearly indicated that she was the one who birthed the discarded baby boy. The well-being of Yulia's two other children aged 3 and 4 deeply concerned authorities who said that the woman would be deprived of parental rights following the troubling incident. Reports indicate her children will be taken to an orphanage, which given the circumstances seem like a far safer option for the young ones.

The woman was arrested and charged with attempted murder of a newborn baby, which would see her behind bars for at least five years if she is found guilty. Authorities revealed that Yulia appeared heavily inebriated when they arrived at her flat. The bathroom and toilet were bloody, in addition to which they also discovered a bucket full of blood in the bath. Anzhelika Yevdokimova, the spokeswoman for the Russian Investigative Committee revealed, "The mother said that she did not want this baby. She did not even check if it was a boy or a girl before throwing it away. During the arrest, she was heavily intoxicated with alcohol."

Aleksandr Sanferov, Russian Investigative Committee spokesman added, "She [Yulia] did not even have to cut the umbilical cord as it had fallen off on its own. It is possible that alcohol relaxed her muscles and the delivery was fast and easy." He also shared that, "She did not tell her friends about the baby and just continued partying after getting rid of it." It is hard to imagine what horrors plagued Yulia that she could be so devoid of emotion and even the most basic traces of maternal instinct. It takes a profound amount of pain to be able to detach from humanity so completely and be able to dump a baby that you birthed without even caring to check if it was a son or a daughter that was growing in your womb.

Yulia reportedly dumped her infant son and placenta into a garbage bag before hauling it to the dumpster. She then walked back to her flat and resumed partying with her friends who allegedly had no clue that she had birthed and discarded a baby boy right under their noses. Authorities discovered the baby boy in a critical condition, covered in blood and unceremoniously dumped in a pile of rubbish, inside a garbage bag. The newborn had to be rushed to the intensive care unit where doctors fought hard to save the life of the ill-fated child who had already endured so much in the short time he was alive in the world.

The baby's body temperature was alarmingly low at just 75F (24C), which was caused by his fragile body being exposed to freezing temperatures for several hours. The baby was diagnosed with hypothermia and according to reports, his organs started to shut down as well. Ekaterina Mukhina, Ryazan Oblast region ombudsman shared, "Doctors did everything possible to save the baby's life." We can only hope the baby survives the horrifying ordeal and is reunited with his siblings at some point. It is a tragic tale of misfortune and bad decisions.

As tempting as it is to criticize Yulia for her heartless act, there clearly is more to the story. Hopefully, the cycle of recklessness and self-destruction will end with Yulia and not trickle down to her children who at such tender ages have endured much. Perhaps there still is a chance for this tale to have a better ending. Meanwhile, what we can do is be better neighbors and friends. A kind word and observant eye can go a long way in helping prevent tragedies such as these. There is much sorrow and hurt in the world without us vilifying those already broken in spirit.