Immunizations protect children from getting and spreading fatal diseases like measles, mumps, and polio. 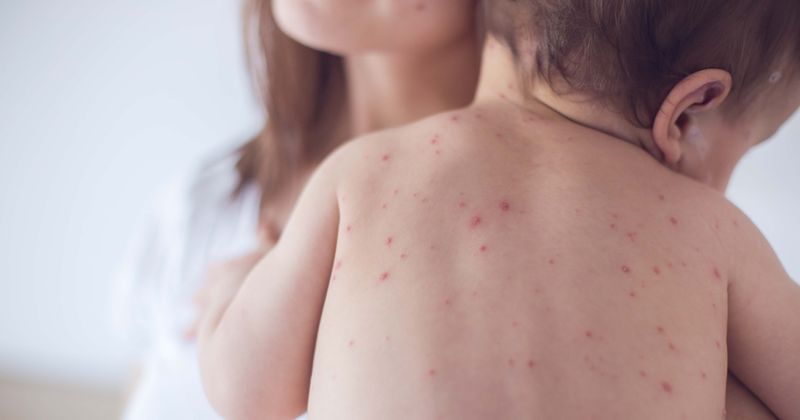 There has been a lot of misinformation spread about vaccines which can lead to fatal consequences. One heartbroken mom from Serbia, Dragana Petrovic, shared her tragic story on Facebook. On the "Light for Riley" Facebook page, Petrovic's story was reposted where she opened up about how she lost her 2-year-old daughter to measles. Baby Nadja, was diagnosed with hypocalcemia, which causes lower than average calcium levels. Because of her condition, Nadja could not be vaccinated. She was susceptible to fatal diseases like mumps, measles, and rubella. "We often stayed in the hospital because simply oral therapy could not raise the level of calcium, which was extremely low," Petrovic explained on Facebook, as per CafeMom. "We hoped that the collective immunity would protect her in the course of an epidemic." According to the post on "Light for Riley," "a growing anti-vaccine movement in Serbia" has lead to "a measles outbreak with thousands and thousands of cases reported."

Unfortunately, at the age of just 2, Nadja contracted the measles from a young boy who was staying in the same hospital room in Serbia. The baby girl got a high fever and things didn't look good. "I knew immediately what it was," Petrovic said. "I trembled, cried, but REALLY hoped it was not measles. On the same day in the evening, Nadja drowned in a dream from which she never woke up again ... she did not eat, did not drink, she did not wake up, she did not respond ... she was getting worse every day, her needs for oxygen were bigger, and we received confirmation that she was contaminated with measles."

The little girl passed away "On April 4, 2018, at 18h, she was in heart failure, and besides all the measures taken, Nadja received her angel wings at 18.30," she said. The devasted mom is now on a mission "to educate parents who have doubts about the vaccination of their children. Every child has the right to be protected from infectious diseases. Nadja became a victim, giving up her own life, to show how this harmless child's disease can endanger one's life. Now it's up to us to share her story so that nobody suffers like she did. My angel left me too early, but I will fight so no one forgets here and goes through what I went through."

According to the World Health Organization, the anti-vaxxer movement was declared as one of the top ten threats to global health in 2019. It can put masses of people at risk of disease. After last year's outbreak of measles, the US had declared a state of emergency with cops warning anti-vaxxers that they could face court. Facebook, which owns Instagram, in a statement, told the BBC: "We are working to tackle vaccine misinformation... by reducing its distribution and providing people with authoritative information on the topic." According to The Sun, "The WHO said the highest annual total for measles cases since 2010 was recorded in 2017 when 23,927 cases were identified. The global health body said France, Georgia, Greece, Italy, Russia, Serbia, and Ukraine have had more than 1,000 cases each so far in 2018."

Dr. Fiona Godlee, the editor of the British Medical Journal, told the BBC the focus should be on winning hearts and minds. "What you have is a spectrum of people, some for whom its an obvious thing to get their child vaccinated, others at the other end who will never be convinced, and, in the middle, perfectly intelligent, sensible people who are not certain what do and its that group of people we need to treat with respect and provide them with information. Social media can be both a positive and a negative thing in that. Clumsy-handed censorship I don't think is the way forward," she said.

Only now? Did they just go to school?