Mother-In-Law Insists That Her Grandchildren Call Her 'Mommy'

Several Reddit users suggested that the MIL wanted to be seen equally as their mother, even though she is the grandmother. 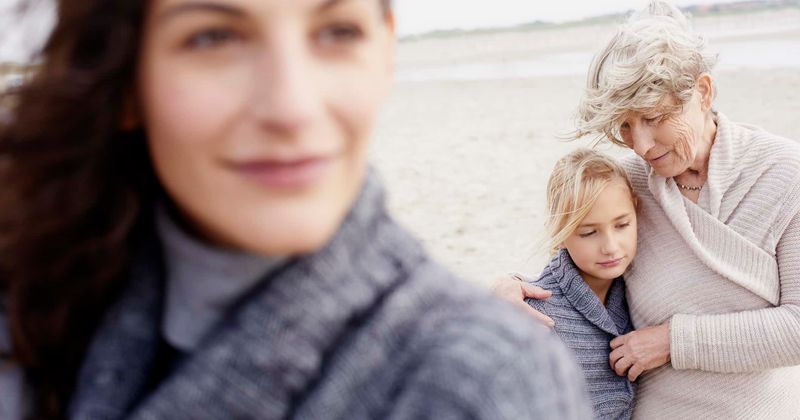 Cover Image: For representation only

Parents becoming grandparents is a special life-changing experience that develops and matures their personality. There are many different ways in which children refer to their grandparents. Some kids opt for the traditional "grandma" or "grandpa", while others have come up with some fun and different ways. Some say "pop", others like "Mimi", and there are still those who use the affectionate term "Grammy". Most of the time, the parents are okay with the names that the grandparents choose. Despite there being a dozen ways to say, grandma and grandpa, they are all sentimental ones that give special meaning to the grandchildren.

Recently, one Reddit user took to the popular "Am I the A**hole?" forum on Reddit to ask if she was wrong for telling her husband she doesn't want his mother "choosing" her "grandma" name anymore. It's really because of the name that his mother has chosen for herself. The Reddit user said that her husband's mother wants their children to call her "Mommy." Essentially, she would be known as "Mommy", despite being their grandmother and not the children's mother. The user found this idea to be quite uncomfortable and conveyed the same to her husband. According to the post, she's mentioned that it makes her uneasy and she doesn't want to have kids if this is the situation where she's sharing the "Mommy" title with her husband's mother.

Well, if the grandma (the MIL) were to be called "mommy", then what would the actual mom be called!? This is perhaps what has caused the user who posted the question to feel uncomfortable. However, her husband did not find this to be a problem at all. She wrote that he is under the impression that this is completely fine, as even his brother's kids call her (the MIL) that. However, this wife said she wouldn't have it and she's uncomfortable with it altogether. The uploader asked the Reddit community for their opinions on the matter, and if she was wrong for saying that she will choose what her husband's mother is called by their children.

Going through the comments, we find that the majority of users agreed with the uploader. They said that she is 100% in the right and that her MIL is totally out of line for demanding that she be called "mommy". People said that the MIL is completely wrong and she "has to be kidding.". "She absolutely does NOT get to be called 'mommy', and your husband really sucks for not supporting you on this. Not only that, but she is, in turn, demanding that she gets to pick your mother's name as well. Not okay," user l3afsbabe commented. While user ohemgee0309 said: "I had a friend who’s grandmother wanted my friend’s baby to call her mommy (she was actually GREAT grandmother) and she put her foot down, too. Like wtf? Who does this? Your husband is an asshat and needs to step up and stand up to his ridiculous mother."

Several Reddit users suggested that the MIL wanted to be seen equally as their mother, even though she is the grandmother. "So MIL thinks your kids should call you 'Mommy Linda' (or whatever-your-name-is)?? GOD that's weird. She obviously wants to have equal footing with your kid - watch TFO for this woman," added breezyissuper. However, any traces of sympathy were masked by comments which felt that the MIL was straight-out weird with her request or demand. ""That's weird. She had her chance to be 'mommy' already. She's just trying to put herself on equal footing with you (and probably also so when she takes the kids out she can pretend to be their mom)," user cleantushy said.