trending celebrity people lifestyle news animals
56-Year-Old Mom Showers With Daughter, 20, Every Morning Because It's "The Best Way" To Start The Day

56-Year-Old Mom Showers With Daughter, 20, Every Morning Because It's "The Best Way" To Start The Day 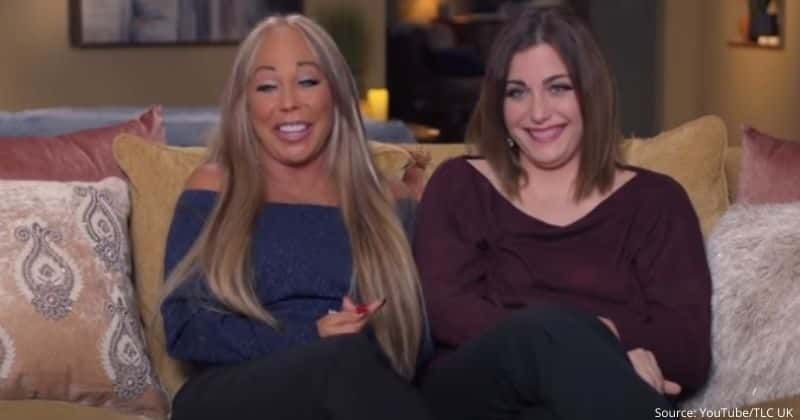 Growing up as kids, most often we are pampered and disciplined in equal measure. Slowly, we learn to wean ourselves away from our parents as we become older and carve our own path by moving out of our parent's home and eke out a living for ourselves, while still maintaining a close relationship with our parents and having appropriate boundaries. However, this family in Florida does things quite differently. 56-year-old Mary and her daughter Brittani, 20, not only live under the same roof but also partake in a number of activities including showering together! Yes, you read that right. If you think that's a bit too close for comfort, you're right.

Think *you're* close with your mom? Brittani and Mary take mother-daughter bonding to a whole new level! Don't miss the season premiere of #sMothered tomorrow at 10/9c. pic.twitter.com/eoIG7Ijepp

From undergoing cosmetic surgeries to sharing a bed at night, the duo from Jensen Beach, Florida, does not shy away from spending every moment of their day together.  Their unique lifestyle came to light after the two appeared in TLC's reality TV show sMothered last year. While shopping together seems normal, most cannot get over the fact that the two even shower together. "I love her and I don’t see anything wrong with it," said Mary according to New York Post. For the mother, who works at a tailor shop, Brittani is "the love of her life."

Not to be a Karen, but I’m calling the FBI on Brittani and Mary. Get Clarice Starling on this ASAP #smothered pic.twitter.com/VqrcwJSFER

While most people find their relationship weird, Mary remains unfazed about their judgments. "There are so many moms and daughters out there that aren’t close — and if they think it’s weird, it’s because they’re not close," she shared. "I think that to have a daughter is a blessing for a mother. The closeness is a bond that a mother and daughter need to have, and, in this day and age, I don’t see a lot of it. So I don’t care what other people say." Furthermore, Mary explained how her strong relationship with her daughter happened naturally. "I don’t believe I set out to have a relationship this close to Brittani, it’s something that was supposed to be," she said, reports The Sun.

It's beyond weird. Its called boundaries, and they need to learn some.

In one of the clips from the show, the two are seen taking a shower, something they described as having a "spiritual connection." Apparently, they indulge in this morning routine every day. In the video, Mary can be heard saying, "Ah that feels good!" as she steps into the shower. Next, she suggests her daughter get a tan while scrubbing her back. "The best way to start our day is in the shower," shared Mary. For Britanni, taking a shower with her mother is a comforting experience. "When my mom does simple things like washing my hair or washing my body it makes me feel comforted," she revealed.

Brittani has been showering with her mother since she was five. She still lives with her mother because the young woman believes Mary would die of "separation anxiety" if she moves out. Brittani admits that her friends find her bond with her mother a little unusual, however, their opinion doesn't really matter to her. "My friends are like, 'Why do you hang out with your mom so much?'" she recalled. "It’s my mom, she’s my No. 1 friend, I can tell her anything. Kids my age are into different things than [I am], boyfriends or girlfriends. I want to focus on me, and only me. My mom helps me and supports me through whatever I do," she added.

The showering together began when Brittani used to have panic attacks partly due to the hot water. Thus, Mary began accompanying her to the shower, just so she could be there for her. Since then, there has been no looking back, and the unusual ritual of bathing together was born. She said, "That’s kind of how I started getting in the shower with her, just to comfort her because she would freak out. That grew into an every-other-day thing. When she was smaller, it was every day." While the two are happy about their routine and tight bond, it has strained Mary's relationship with her live-in boyfriend Frank. "It has caused some issues in my relationship, but he’s got to accept it. That’s how it is. He knows I love him, but I love my daughter more — she’s my life," added the loving mother.