Mother Arrested For Making Her Son Miss School Too Many Times

Carolyn Larsen, and her husband from Harrisburg, Illinois got a surprise when the cops came knocking to their door non Monday 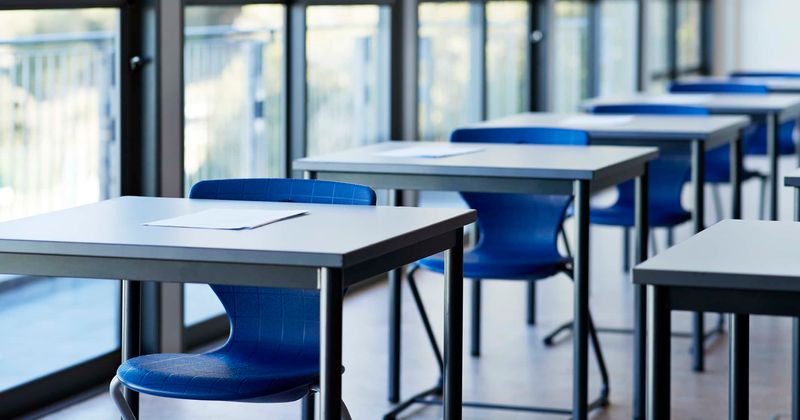 A mother in Harrisburg, Illinois, got the shock of their life when she was arrested on Monday night. Cops told her she was going to jail because her child wasn't attending school. Carolyn Larsen, the mother of four told Fox News: “I had a police officer come to my house and say, ‘Look, I need to talk to you outside.’ When I got outside he said, ‘I have a warrant for your arrest.’ I cried. I’ve never been in trouble. The officer was very nice. He took me over to the car and put cuffs on me on the other side of the car so the kids couldn’t see it but I’ve got four kids at home. It’s nothing you should be arrested for.” The mother said wasn't aware of any such rule where parents could get arrested on such a charge.  She said the pandemic had forced her to resort to remote learning for her fifth grader son who suffers from asthma.

Parents Say They Were Arrested & Jailed After Their Kids Missed School Too Many Times https://t.co/FibynNMN9z

But when the situation improved, and businesses slowly limped back to life, Larsen and her husband also opened Ink Masters, their tattoo shop. However, she admitted having to struggle running their business and to help her son with online classes. "When they let the shop open back up there just wasn’t enough time in the day unless you did it for them," said Larsen. She added that her son fared much better in a classroom setting, and had difficulty paying attention during online classes. "There’s other parents out there that are getting this. We’re not criminals," she said. Her hearing is due next month. Superintendent Mike Gauch of Harrisburg 3 Unit said such arrests were not new and happened every year.

"But at some point, we perpetuate the problem if we don’t say, ‘We can’t stand for this anymore,'" Gauch said. In Illinois, state law considers "Allowing Truancy" as a Class C misdemeanor for parents or a child's guardian punishable with a fine of $500 or a month in jail. The State’s Attorney has charged five parents with related charges in 2021. "That could be an added level of communication between her office and our office, say, 'Listen, I’ve got these three (cases). I’m getting ready to send cops out. Do you want to have a last chance meeting with them (families)?'" said Gauch who noted most of the active truancy cases involved remote-learning students. A spokesman said the state’s attorney is trying to work things out between the school district and families.

According to moms.com, laws related to truancy vary from state to state with regards to factors like the mandatory enrollment age, and the permitted age to drop out. Overall, children need to be enrolled by the age of 6 and must stay in school until they are at least 16. While factors like sickness are factored in for the absence of a child, continued absenteeism for no reason can be considered truancy. "Schools take truancy very seriously, as excessive absences can negatively impact a child's ability to be a successful student. Data from The Department of Education shows that truant students are more likely to fall behind in reading skills, and have a higher drop-out rate than non-truant students," the website stated.

It added, "Additionally, public schools in some states like California and Texas receive state and federal funding based on their daily attendance, so they have a vested interest in getting students to attend every day."