Husband Loses Both His Wife And Newborn, Minutes Later They Come Back In Christmas Miracle

The births of her two other children went smoothly so no one expected on the third time that the mom would go into a cardiac arrest while in labor. 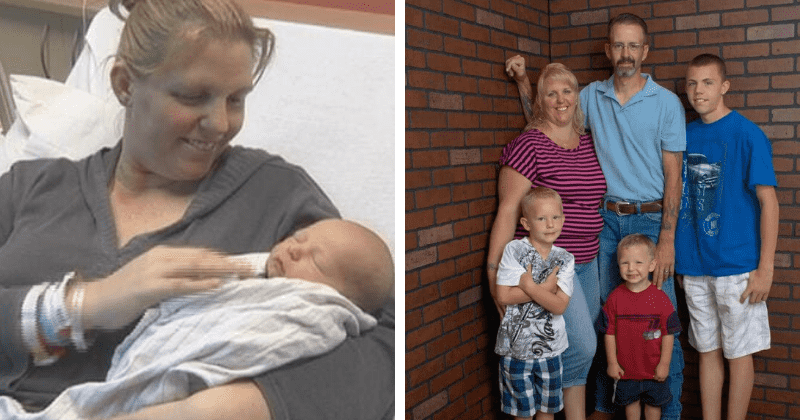 Having a Christmas baby was exciting news for third-time mom Tracy Hermanstorfer and her husband. She had gotten admitted to the Memorial Hospital in Colorado Springs on Christmas Eve and couldn't wait to meet the newest addition to her growing family. But things took a terrifying turn when Tracy went into labor. Before the day ended, Mike thought he would have to go home alone to his children. He touched his 34-year-old wife's hand only to find that her skin had turned cold and ashen to touch. Her heart had stopped. "I opened my hand and her arm just fell out of mine," said Mike, according to CNN. "She was already gone." Her heart had stopped beating.

Both the family and hospital staff were in shock. Tracy was completely healthy. She could not be going through a cardiac arrest, but she did. "The risk of a woman dying in the course of trying to carry a pregnancy is an incredibly rare event," said Dr. Michael Greene, director of obstetrics at Massachusetts General Hospital, who was not involved with Hermanstorfer's case. "The number of things that can cause this in an otherwise healthy woman is a very short list." The staff at the hospital sounded a Code Blue, which meant she needed to be resuscitated for cardiac arrest. "My first thought was that I can't allow this father to lose both his wife and his child, especially on Christmas Eve," said Martin, director of maternal-fetal medicine at Memorial Health System.

The medical officials tried to bring the mother back to life with a rapid-fire sequence of chest compressions but she was unresponsive. 4 minutes later they decided to perform an emergency c-section, to save the baby's life. "We call it a four-minute rule," said Martin. "I knew that if Tracy was not resuscitated by four to five minutes after her heart stopped, [the baby's] chances for brain injury began to increase dramatically." If the baby was removed within 5 minutes of cardiac arrest, the infant survives 95 percent of the time.

Soon after her baby boy Coltyn was born (limp with a faint pulse), Tracy took a weak breath of air. Her pulse was there, barely, but still, there. Suddenly it seemed as if she was alive again. "We all stopped and took a breath," said Martin. "We had to make sure she wasn't going to re-arrest." Thankfully she was stable and they took her to the operating room to finish her C-section. Then the staff tried to resuscitate the newborn. In a few moments, the little infant took a gasp of air and let out a wail. All was well again.  "I thought he was dead until he gasped for air," said Mike Hermanstorfer. "When he let that cry out, that's when the whole world stops. Most parents can't stand the sound of a crying baby, but I'll tell you from experience that's one of the best sounds you could ever hear." There is no clear medical explanation for Hermanstorfer and her son's recoveries, according to Dr. Martin.

"We have no answers on why it really happened and why I came back," Tracy Hermanstorfer told 11 News reporter Kyla Galer. "You know, getting told when this does happen at least maybe one comes back. If two come back, they have a lot of medical problems, you know -- they're not the same. A lot of times they talk about how the mom could be a vegetable, stuff like that. So to know that I'm breathing, talking, and kind of back to normal -- its awesome." Her husband added, "Seven years later, they're both still here and goofy as ever."

The sweet little Christmas miracle baby is all grown up now. He's a first-grader who loves to bowl. He's also adorably cheeky when it comes to using his "miracle baby" status to get out of things he doesn't want to do. "He's like, 'I'm the miracle baby,' when he's told to do a chore and Tracy looks at him and says, 'I'm the miracle mom. It's not working,'" Tracy said to KKTV. The dad who almost lost two family members wants to spread the belief that Christmas miracles do exist.  He said, "The only reason I do the interviews is because I want people out there that ever have second thoughts or ever have doubts about anything to realize that miracles do happen. Don't ever give up."