One Reddit user was left baffled when his wife appeared to become jealous of their 3-year-old daughter when he told the little girl that he loved her more than anything else. 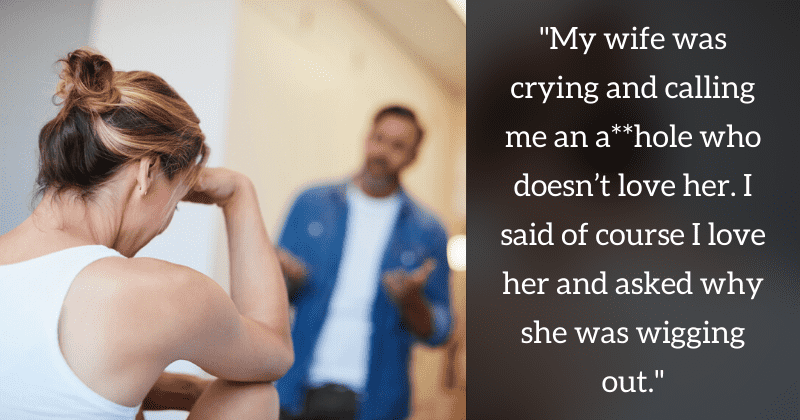 The one thing every parent hopes for their child is that they are loved and protected all throughout their lives. They do their best to raise their kids in an environment where they feel safe, wanted, and smothered by love and would gladly sacrifice everything for the sake of their young one's wellbeing. Even among themselves, partners hope and expect their better halves to put their child above everything else—even above themselves. One Reddit user, however, was left baffled when his wife appeared to become jealous of their 3-year-old daughter when he told the little girl that he loved her more than anything else.

Taking to the social media platform, Reddit user u/iloveyoumprethanany shared the incident with the r/AmItheAsshole community seeking advice from fellow netizens as to whether he was somehow to be blamed. My daughter is 3, and sometimes gets scared I’ll stop loving her when she does something bad(for no good reason mind you, I make sure she always knows why I’m upset, and that I’m mad at her actions, not her). Today she bumped a glass off the table and started crying, he wrote.

She asked if I still love her and I said 'I love you more than anything' and gave her a kiss. My wife was watching and stormed off. I made sure my daughter was fine and cleaned up the glass and went to go see what was going on. My wife was crying and calling me an asshole who doesn’t love her (I guess I have 2 irrational 3 years olds now). I said, of course, I love her and asked why she was wigging out, the user continued.

She said that because I said the above phrase to my daughter, it meant she didn’t mean as much to me. Is this really something I’m not supposed to say? My mother said it to me, and my dad didn’t freak out, u/iloveyoumprethanany concluded. Fellow Redditors soon shared their take on the matter with many suspecting that the original poster's wife may need psychological help. u/SuperFreakingTired even suggested that based on what he had revealed of his 3-year-old, she might also be in need of therapy. When a 3-year-old has a history ('sometimes gets scared I’ll stop loving her' according to OP) of being afraid that her parent will stop loving her after a normal incident, yes, that is a red flag. As a kid who had seen some shit one of the ways I reacted to it was over apologizing and worrying over every little action, and that was a young as elementary school, the user wrote.

Pair that up with how OP's wife reacted to something so freaking normal then yeah, it is concerning. Wife needs therapy and if OP's kid does this sort of stuff and worries a LOT, she may need to talk too. Over-apologizing and getting anxious over someone no longer loving you for a small accident is a forming habit that needs to be nipped so it doesn't evolve into a situation where OP's kid has anxiety issues later on, the Redditor added. Myhauntedpocket asked, Seriously, as a mom and wife, NTA! Is your wife ok? I ask that sincerely. In my (and my husband's) opinion, you should love your kids more than anything. I mean, you should love your wife a shit tonne too, but it's obviously a different kind of love. I hope you guys work everything out and she can see that you telling your daughter this is not threatening to yours and her relationship in any way. Another commented, There is an infinite amount of love. Love is not a competitive sport. Especially when it comes to a 3 year old. And if we're all being honest with ourselves, we probably do love our kids more than anything... including our spouses. And we can probably all live with that just fine.