New details of the chilling triple murders by 22-year-old Rachel Henry from Arizona have emerged. 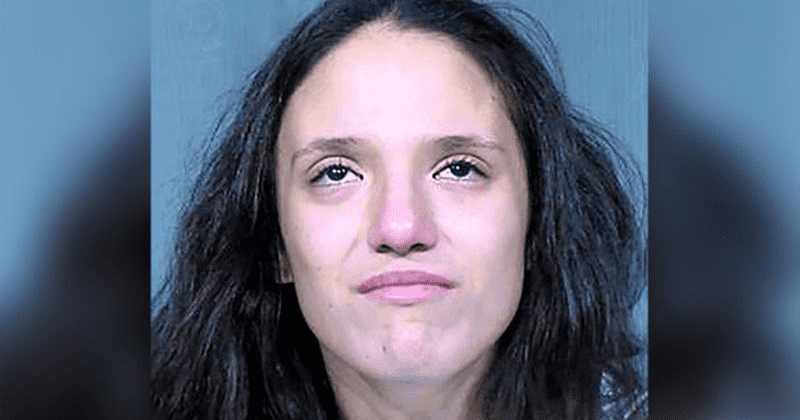 Trigger Warning: The story has graphic details of child murders that readers will find disturbing

An Arizona mom who smothered and killed her three children - a 3-year-old boy, and two infant girls -  told a relative she was high on drugs and does not remember a thing about the murders. Rachel Henry, 22, has been in state prison since January when she committed the crime. She was charged with first-degree murders but has pleaded not guilty. The latest details were revealed when Henry spoke to her great aunt over a video call from prison. According to the call records obtained by 12 News, Pearla Rebolledo asked her niece why she killed her children to which Henry replied, "I didn’t know what was going on. I told you I felt like I was losing my mind, because I didn’t understand why you guys, why everyone was acting the way they were. I didn’t, I was on drugs."

Az. Mom Accused of Smothering 3 Kids to Death Is Confronted by Family, Says 'I Was Scared': Report https://t.co/njcA8PBU0S

For the first time, Rachel Henry explains what was going through her head while police say she murdered her three children earlier this year. https://t.co/FSozOft0ot

When pressed by Rebolledo further about the killing, Henry said she did not quite remember the details. "I don’t remember doing it (inaudible), because I don’t, it really wasn’t me," Henry said. The great aunt then said, "I can’t understand, I can’t fathom what you've done."

We had written a story when the news of the murders first came to light. The murders happened while a few family members were in the other room in their Phoenix home. She started with her 1-year-old daughter and placed her hand on her mouth until she stopped moving. Her eldest child realized what his mother was doing and tried to stop her. He screamed "No" and hit her but was unsuccessful. She then left the dead baby in her bedroom while she went to chase her son.

Henry then took the boy to her bedroom claiming she needed to get his underwear changed. Inside, she placed the boy on the floor, straddled, and smothered him by covering his nose and mouth with her hands until he died. According to a police report, "Rachel described singing to the 3-year-old as he scratched her chest and pinched her." Once he was dead, she finally turned her attention towards her youngest baby, her 7-month-old daughter. She first fed the baby and waited till she fell asleep. She sang and smothered her while family members were still in the next room. She then took the bodies of all the three children and placed them on the couch as if they were taking a nap. She did not say anything to the family members.

Arizona mother accused of killing three children confessed to smothering them while she sang, police say

Rachel Henry is charged with the deaths of her 3-year-old son and her daughters, who were 7 months and 1 year old.https://t.co/JKQTNPvyOZ

Her family members later told police she "had a methamphetamine addiction and had been acting strange the past several days." She might have been suffering from mental health problems too. The police got a call about the dead children from a woman at 7.20 pm on the day of the killings. Emergency personnel tried to revive the children but in vain. Henry admitted to the killings after she was taken into custody. Her trial is set to begin later this month.