Ashley Howard, 21 left her 2-year-old son in the car for 14 hours leading to his death due to a heat stroke. 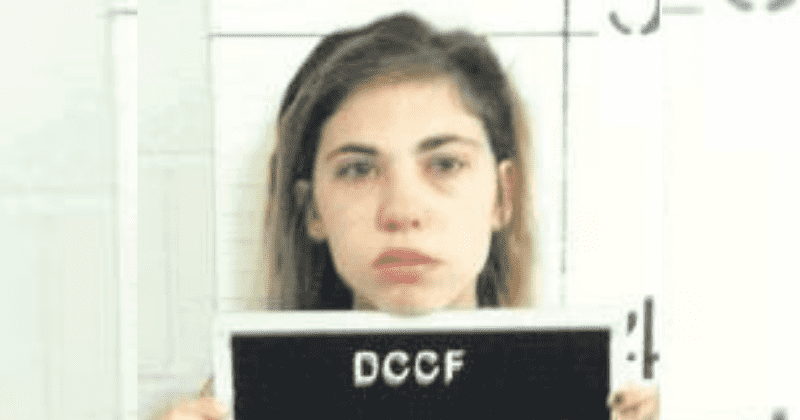 Trigger Warning: The story has details of a child's death due to negligence that readers may find disturbing

A mother who left her toddler son in a car for hours to party with friends, overslept till the next afternoon leading to the child's death, was sentenced to 20 years in prison, reports PEOPLE. The incident took place back in 2018 when her son, Caleb Hopkins, 2, was left in her car in Glendive for 14 hours. Ashley Howard, 21, was found guilty of the crime two months ago and had spent the last two years in police custody. The 20-year sentence was pronounced on Monday and it will include those two years. She will now serve the rest of the prison term at the Montana State Women's Prison in Billings. Howard was allowed to make a statement during the trial. "I struggle with saying that I killed my son. Because nobody wants to be the reason their son is no longer here. I miss him every day," Howard said, according to KULR8.

A 21-year-old woman from Glendive was sentenced Monday for negligent homicide after her 2-year-old son died after being left in a hot car in 2018. https://t.co/cnQmQPI9s0

"I know that I will always love my son and I will always miss him," she added.  The victim's grandmother, Marsha Hopkins, also gave a statement during the hearing. "You will have to live with the fact that you alone killed Caleb. Do I think that you meant to? No. Do I think that you could have prevented it, absolutely. You knew what could have happened if you left him in the car, and you made that choice," Hopkins said. During her time in prison, Howard will also be provided with mental health services, as per the order of the judge. According to court documents, Caleb died due to a heat stroke. It added that Howard overslept after the party while her son was in the car. The child was taken to a hospital but was declared dead two days later after being taken off life support.

Authorities said Ashley Howard left her son inside her vehicle for 14 hours—with the sun blazing for eight of those hours. https://t.co/GXL9QynXlj

According to prosecutors, the child's mother was in denial and took no responsibility for her actions while painting herself as the victim. According to a report in Billings Gazzette, Howard's boyfriend even offered to arrange for a ride to take Howard home on the night of June 25. But she refused, saying she would sober up after sleeping for a few hours at her friend's place. But Howard did not wake up till 1 p.m. the next day. Howard finally took her son to the Glendive Medical Center. His temperature at the time of being admitted was 107 degrees. Heatstrokes take place when temperatures in the body reach 104 degrees. Howard told hospital officials, she found her baby "wrapped in a blanket." Caleb was airlifted to a Billings Hospital, where he died. Hyperthermia of the baby that caused overheating was listed as the cause of death.

The child's father, John Howard, informed the local police about at least three other instances of Howard leaving her child in a car unattended. Howard and her lawyers tried to put forward an argument that she had not received any support in bringing up the child. Hopkins however called this untrue as she and her husband had often offered to care for the child. Howard's lawyer also said at the time of the incident, she was just 19 years old and made "a stupid decision.” Victor Bunitsky, Howard’s defense attorney, also said she had an alcohol dependency problem at the time but had changed her ways and by attending Alcoholics Anonymous meetings and was taking Bible study lessons. The prosecutor, however, said it was an insult to excuse Howard for her child's death by blaming it on her young age.

"Give her the chance to get on with her life and demonstrate that she has learned from it and she can deal with her addiction problem and deal with the issues of the death of her child," Bunitsky had said during the trial.