The family is still looking for the missing husband. 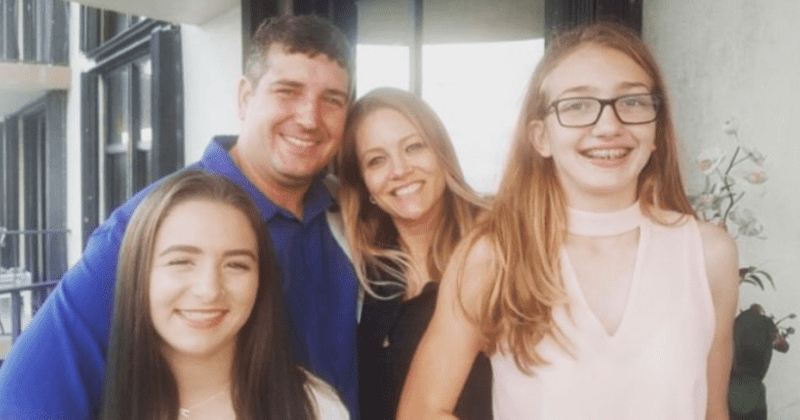 While the grim reality from the condo collapse in Surfside, Florida continues to dominate headlines across the US, there is some news of encouragement. A mother of two who fell from the ninth floor of the building to the fifth during the collapse not only pulled herself out of the rubble but even her daughter. All this despite a broken pelvis. Angela Gonzalez and 16-year-old, Devon, were inside the apartment when the unthinkable happened. Mother and daughter were rescued and are undergoing treatment at a hospital. Both have extensive injures according to a GoFundMe post started for the family. Edgar, Angela's husband and Devon's dad who was also inside is still among the 99 people who are missing. There is also no news on their dog named Daisy. The eldest daughter named Taylor was not inside during the incident.

Amidst the tragedy of the #SurfsideCollapse, there’s a story of remarkable strength and determination. @bobethyates shares how a mom, who despite having a broken pelvis, pulled her daughter out of the rubble. https://t.co/myidIOqhl2

“Wasn’t something that I thought I would come down to this, I guess. But pick up the pieces, trying to figure out how to make this work, how to make this better than what it is. Even though it’s a tragic scenario. I just want prayers and just the best for her and her family,” said family friend, Lisa Melencial according to CBS News. She added, “Hope for the best. Everybody just give prayers. Everybody else’s families or any colleagues or friends that were in the incidents, I wish you prayers, thoughts… And I hope everybody gets well.” Devon is a promising junior volleyball player "with high hopes to continue her career in volleyball at the collegiate and professional level" the funding page stated. The volleyball community in Surfside has also lent their support and prayers to the family in this difficult moment.

Parents will do anything to help their kids, broken bones or not.

In the latest update on the funding page on Sunday, it was revealed that Devon was "doing great" and underwent surgery with another one set to take place this week to repair her leg. It added, "If all goes well should be walking (with alot of assistance of course) by Thursday or Friday. " Angela on the other hand is still intubated. "They are letting her sleep so her body can concentrate on healing. She is responsive when asked questions so that is great news. She will have surgery on Monday to repair her pelvis," the update read. Angela is a mental health provider "who works with underserved communities in Miami and surrounding areas" while her husband is a legal professional in Miami-Dade. Taylor works in the hospitality industry.

The page added, "This family is very close-knit and the Champlain tragedy has been catastrophic for them and for so many others...They are the type of family to roll up their sleeves and do whatever is asked to help anyone in a time of need or crisis. We want to show them how much we care, and love them back. Please consider donating to help them as they go through this very difficult time. The funds collected will be used to help them rebuild their lives, since they lost everything during this tragic event." Sadly there is still no news about Edgar. "We are still praying and hoping for a miracle. This is a strong an wonderful family. They have alot of faith… please continue to keep all of them in your prayers," the page read. Since being started three days ago, the funding has already collected $78,653 of the $150,000 goal with the help of nearly 700 donors.