Tanith's six-year-old girl had been playing with magnets before she swallowed 23 of them. 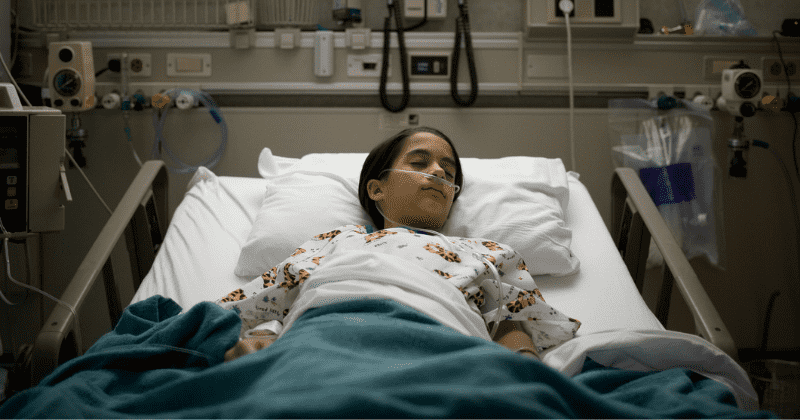 A distressed mother is warning other parents about the dangers of children swallowing after her daughter had to undergo bowel surgery. The surgeon who performed the surgery on the child described magnets as "potentially fatal." Per BBC, Tanith's six-year-old girl had been playing with magnets at school one day. The same day, she brought them home from school to make jewelry for her doll. Apparently, the magnets were used to imitate tongue piercings in TikTok videos, explained the mother. The child from Lewes in East Sussex told her mother that the magnets "felt nice" when she put them in her mouth while playing. But over the course of a few days, the young child ended up swallowing 23 strong magnets, which eventually ripped through her bowel.

Tanith revealed that the magnets were extremely strong and as they entered the girl's intestine, they attracted each other and ended up forming a huge clump in the organ. Her mother was unaware that about this until the child began complaining about stomach pain on September 12. She had been vomiting for two days when the girl visited a doctor, who prescribed her some medication. But when her condition did not improve, she was taken to the Royal Alexandra Children's Hospital where doctors diagnosed her with appendicitis.

A six year-old girl has been hospitalized with magnets in her stomach. She was trying to recreate a TikTok trend using magnets to resemble a tongue piercing. The mother is warning about the dangers of the magnets.https://t.co/xS125vBeCO

While performing surgery to remove the appendix, surgeons were shocked to find a string of magnets in her bowel. Consultant pediatric surgeon Costa Healy, who led the operations, said that magnets "can cause life-changing injuries" and noted that they are "potentially fatal." He added, "The vast majority of time we get there in time to save them, but if I was a parent with [this type of] magnets in the house, I'd be getting rid of them." Thankfully, it wasn't too late for the child, who was discharged from the hospital last week and is currently recovering at home.

"She's been through major surgery and it's been overwhelming for her, and she's got a scar about 10cm long," explained mom Tanith. "It could have been much worse - there's no permanent damage. We were looking at the possibility of her needing to have a stoma." Tanith also searched her daughter's bedroom and found more magnets, which have since been placed out of the child's reach. What happened to Tanith's daughter, could have happened to any other child who may have swallowed magnets by mistake. That's why she shared her daughter's story with everyone hoping that it would prevent such mishaps. "I want to warn parents about the dangers of their children playing with magnets," she said. "I want to reinforce how dangerous these magnets really are."

Similar to magnets, button batteries are extremely dangerous, maybe even more. We previously reported that a Texas mom lost her 18-month-old daughter last year who swallowed a button battery. For Trista Hamsmith, losing her little girl, Reese, was like the end of the world, especially due to the fact that her death could have been prevented. Unfortunately, she only found out about the foreign substance in her child's body two months after it was ingested. It took longer for doctors to diagnose her condition as the symptoms were consistent with common cold. When the child was 16 months old, she began suffering from a stuffy nose for which the pediatrician prescribed steroids thinking it was croup. But the mother soon realized that her daughter's condition was deteriorating and this is when she found that a button battery was missing in one of their remote controls.

On looking up the symptoms for button battery ingestion, they learned it included coughing, wheezing, and chest discomfort all of which were being experienced by Reese. Eventually, an x-ray confined their fears. There was a battery lodged near the top of the child's esophagus. Although the battery was surgically removed, the remnants of the substance used in batteries continued damaging the tissue by burning them. A CT scan later revealed that there was a fistula through Reese's esophagus and trachea which was created due to the inflammation. Despite undergoing another surgery to have a gastronomy tube implanted so her body could receive the required nutrition, the child did not make it.