The video uploaded on TikTok went viral and although the whole thing is a hilarious exchange, it could have potentially traumatized her children 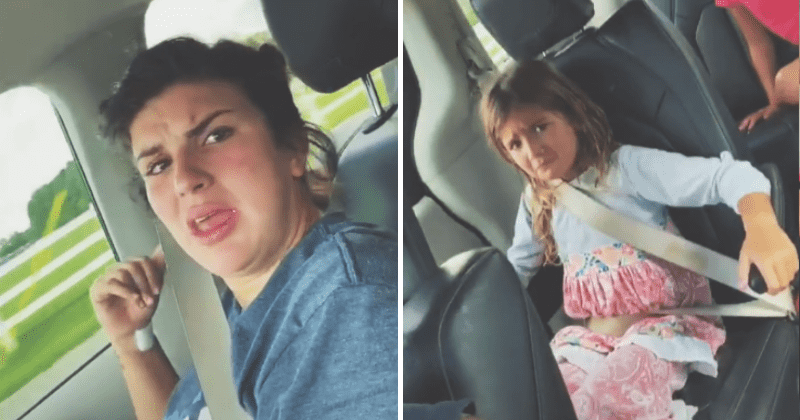 Videos of people being out of it after going under general anesthesia are absolute gold. There are plenty of those on the internet and are absolutely hilarious to watch. The person sounds like they are very intoxicated while behaving like a toddler. That is just an aftermath of being administered general anesthesia -  people lose a bit of their cognitive skills for a while. Those around them make the best use of their drugged responses that they may not even remember once it wears off. There have been many hysterical encounters but nothing will match this video where a mother forgets how many kids she has and thinks she has kidnapped them.

The video was uploaded by TikTok user justagirlnamedcandace who wrote, Forgot I birthed an entire child and legit thought my husband was a kidnapper. Candace took a recent trip to the dentist to get a tooth pulled out. After the procedure, she was welcomed back by her husband and three children. The anesthesia, unfortunately, played tricks on her brain and she could not remember her children. Her husband decided to play along with this misinformation and told her that they had kidnapped the three children to sell them off. At this point, Candace looks concerned and keeps looking back at her children sitting in the backseat.

She does not seem to recall having them at all. As she continues to look at her children in confusion, her husband says, "Which one do you think will get us the most money?" and adds, "It was your idea." Candace gets really worried that she may have actually kidnapped three children. "We only had two though," she tells her husband and checks the children again. "That one doesn't look like," Candace declares pointing at the daughter sitting behind her. As the dad pans the camera to her, the little girl bursts into tears. "Sorry Britt. You've been voted off the island," the dad tells her.

If it was any consolation for the little girl, her mother then sees the boy sitting beside her and states, "That one's definitely not our kid, its a not." The little boy immediately protests his mother's claims, "What? What do you mean?"

"Jason, we gotta take them back," Candace then tells her husband. "I'm not — we're selling these little sh--s!" he replies. The whole thing is hilarious but also traumatizing for the children. The video has been viewed over 25 million times and has over 4 million likes.

In a follow-up video, she wrote, When you're informed you have one of the highest viewed viral TikToks and it’s all because you forgot you birthed your kids. And in the video she added in the text, I will never live this down. More videos followed with her trying to make up for the trauma she had caused for her children. She assured the concerned people in the comments by saying, "But seriously they are fine and laughing and rewatching the video on repeat! We are thankful we could make someone laugh from our crazy life." The video even got a comment from singer Jason Derulo. "Thank you for making my daughters day," Candace wrote to him, "and saving me years and $$$ in therapy, you're the man!" Watch the video here: