trending celebrity people lifestyle news animals
Mom Turns Away Child Who Wasn't Invited To Birthday Party, Asks If She Was Wrong To Do So

Mom Turns Away Child Who Wasn't Invited To Birthday Party, Asks If She Was Wrong To Do So

The child's parent disregarded the invite that was sent and brought both of their kids to the party. The invitation was only for one. 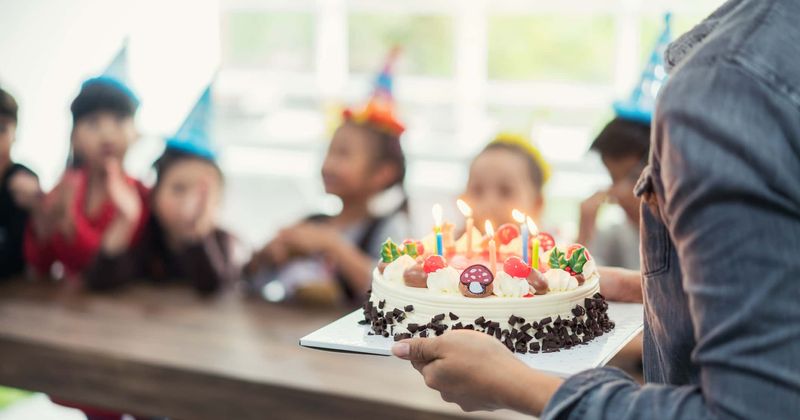 When it comes to children's birthday parties, the parents are usually the kind who either enjoy themselves just as much or find all the planning, preparation, and celebration too much to take. Fortunately, we have found that most parents usually enjoy throwing their kids' lavish and exciting birthday parties every year. However, there are many things to take into account when you want to host a successful party. The guest list, for instance, is very important as you will need to cater to a specific number of kids, and their parents too.  However, inviting your kids' friends can add up to pretty big numbers and that can be a lot to handle for parents.

In a child's younger years, it's hard to segregate the best friends from the "just friends" in their class. So, in order not to hurt anyone's feelings, parents typically invite every child in their kid's class. And their parents or guardians, of course. This is not always the case as some birthday parties have only a select number of kids from the neighborhood and class. Such was the case in one child's birthday, and the mother recently took to Reddit and asked if certain something she did was wrong.

The question was written by the mom's niece and posted in the popular subreddit "Am I The A**hole" where users were asked,"Am I The A**hole for not letting an uninvited child attend a birthday party?". According to the mother, there were many times when some parents would drop off multiple kids at a party and leave them there without sticking around. "Sometimes more than one parent does this and honestly I think its selfish. If it had been prearranged with the hosting family then sure alls well but often times it's not. Who would say no to a child? After all it's not their fault," the post states. Furthermore, even if only the birthday boy/girl's classmate or neighborhood friend is invited, it is highly likely that they may call siblings or friends of their own.

She continues to explain the situation: "Now for my daughter (10) we decided to keep things very small and private due to covid. We thought to take the kids to a craft party where each child gets a pre-chosen crafting pack to work with for the event. This event is a per-child prepaid event so any extra children would be unpaid for and would not have their own crafting kit. This fact was heavily emphasized to the parents and not a word of discontent was uttered." That, however,  didn't stop a parent from trying to drop off both their kids, even though only one of them was invited. The mom, inevitably, said that the other sibling would not be allowed inside.

"I stuck to it and firmly told parent that child B could not come. I still stuck to my decision when child B threw the biggest tantrum, parent made no move to calm but instead blamed me for saying no and 'all the other parents always let both children attend'" she said. The unhappy parent ended up taking both of their kids back home. Some other parents at the party also said that the mom was wrong for saying "no to a child". However, this mom said that she thought it was "important to stick to her word." She wrote: "But I feel teaching my children the value of your word and sticking to it is more important that sparing the feelings of a child and parent who should know better."

Most Reddit users felt like the parent(s) who brought both their kids even though they were specifically informed were in the wrong. They did not feel as though the mom was the "a**hole" here as she made it clear in advance, and had her reasons for making this an invite-only party. That being said, this is not the smoothest topic in a social setting where there are a lot of parents and children. So what is your stance on this?