The woman was attending her son's wedding in Suzhou, China on March 31 when she happened to notice a familiar birthmark on her future daughter-in-law. 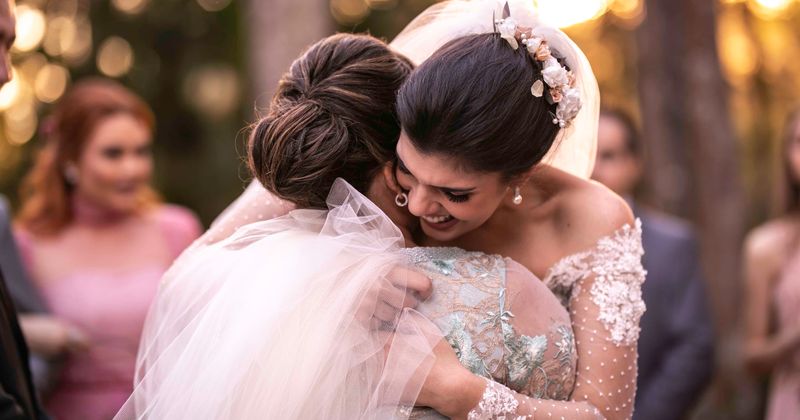 In one of the unlikeliest of reunions, an elderly woman found more than a daughter-in-law at her son's wedding—she found her biological daughter who she'd lost over 20 years ago. The woman was attending her son's wedding in Suzhou, China on March 31 when she happened to notice a familiar birthmark on her soon-to-be daughter-in-law's hand. This quickly sent her mind running and before long she realized it bore an uncanny resemblance to the one her missing daughter, who went missing by the roadside two decades ago, reported Oriental Daily, according to New York Post.

Soon, the woman asked her son's in-laws if they had adopted the girl, which shocked the bride's family because they had never divulged this information for years. The bride's parents confirmed that they had found the girl by the roadside all those years ago and that they took her in as their own when nobody came for her. The now overwhelmed bride burst into tears, one filled with joy as she finally got to meet her biological mother. Per the report, the reunion with her biological parents became a reason for major joy even bigger than the wedding. With the reunion now complete, the couple decided to get married, as the bride and the groom were not biologically related.

Nice way to get her daughter back, happy happy all around

The biological mother reportedly searched for her daughter for months and when she realized she probably wasn't going to find her, she went on to adopt a son. The unusual event twist of fate meant that the woman's adopted son and biological daughter fell in love and married each other. And now, her son's bride is both her daughter and daughter-in-law. In a similar incident of a reunion we had earlier reported, a 90-year-old woman who had given her daughter up for adoption 70 years ago, finally got to meet her. The heartwarming reunion took place on Monday at the Sugar Mill Pond in Youngsville, Louisiana.  Elizabeth Pullen stood waiting while her daughter Lynne Wray had her eyes covered and was ushered towards her by Pullen's granddaughter, Wanda LeBlanc, 36.

The meeting was also arranged by LeBlanc, a professional photographer, who captured the touching moment on video. In the video, Pullen was seen visibly jumping with joy and in anticipation said, "Lynne I am so excited." Before the final reveal, they both had their backs against each other,  but Pullen managed a sneak peek of Wray's head from behind, and said, "You're taller than momma." They then hold hands while they still have their backs against each other and gradually turn towards each other. Pullen enthusiastically hugged Wray in a deep embrace. Wray said, "You look like me, don't you" to which Pullen replied, "You're beautiful." Her daughter added further, "It was worth the wait, right?" Throughout the video, Pullen continued to hug her daughter at regular intervals while staring at her lovingly in between the hugs.

This was the first time that Pullen even got to see her daughter and even touch her as the adoption laws and procedures back in the 1940s were very strict, said LeBlanc. In fact, a mother was not even allowed to even see her own baby once they were born. Babies were covered and were taken away from their mothers during those days. It was on May 6 that Pullen and her daughter had any kind of real contact for the first time.