The little girl's grandma took the dais during the funeral and read out a poem called "So Go and Run Free" in her honor. 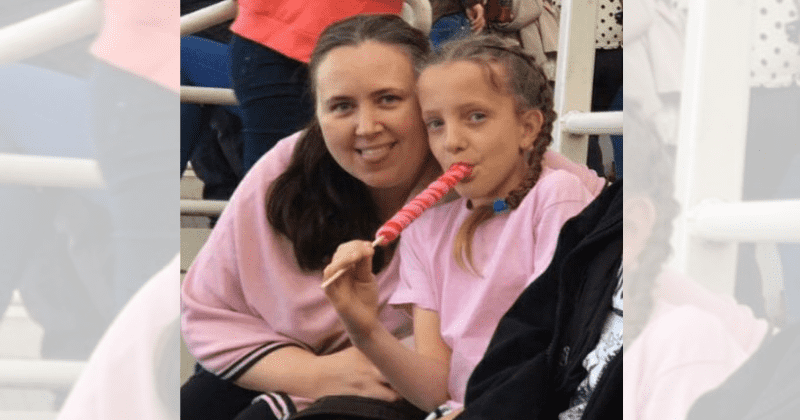 A 12-year-old known for her cheekiness and an infectious smile died by suicide on October 1. Charley Patterson, from Cramlington, Northumberland had been a victim of incessant bullying. So much so that she had tried to take her life several times, including in November last year before trying once again in March. She succeeded on her third attempt on October 1 because she could no longer bear the constant taunts and abuse she was subjected to both in her classroom and online, reports Mail Online. The girl's mother, Jay, 35, even took her phone away in a bid to put a stop to her exposure to the abuse. However, as she was forced to use her laptop for schoolwork since the pandemic struck, the abuse received a new medium. The bereft family held a funeral on October 23 with only 15 people gathered (as per pandemic induced-restrictions),  to reminisce the fond memories they had of the pre-teen.

Dozens of people have gathered at Whitley Bay Crematorium to pay their final respects to 12 year old Charley Patterson.
Her favourite songs have been played at the service pic.twitter.com/iCpl5XKcuN

Speaking during the event at Whitley Bay Crematorium, the crestfallen family expressed a sense of relief that she was  "no longer hurting or afraid". The school-goer had sought help from professionals several times after repeated instances of bullying took a toll on her school life. However, she was asked to wait for as long as three years on waiting lists, while receiving little to no follow-ups on the crucial care she needed, the family complained. Her mother, holding back tears, said: "Her smile always reached her eyes, she always had a cheeky smile and a wisecrack upon her lips." Her father Paul Patterson also offered a heart-rending service where he shared a poem he'd written in his daughter's honor and talked about her love for animals, especially horses, Tik Tok, kickboxing, and music.

Loved ones gather for the funeral of Charley, 12, who sadly died after taking her own life https://t.co/nnozVmtr1G

"We are all going to miss her sass, her cheek, her smile, her sense of fun, and as hard as it is to hear and to say, she's no longer hurting and no longer afraid," he said. "The love that we have for her will stay forever in our hearts. She has always been my miracle baby girl and always will be. She will always be with us." Her siblings also offered their own way of service as Callum, 15, read out a poem, while Sophie, 18, lit a candle, as Kylah, 16, and Jake, 11, placed a rose on the coffin. The little girl's grandma, Beryl, took the dais and read out a poem called "So Go and Run Free" which she said reminded her of stories Charley's father would tell the preteen when she was younger. Janet Green, one of the speakers, said that the girl was a "ball of energy and fun" while adding she was "cheeky" and had her father "wrapped around her little finger". She was said to have an outdoorsy personality and often enjoyed climbing trees or going on bike rides with her best friends, they recalled. She was also very kind to her classmates' struggles and often tried to help them out and was generally eager to make friends.

A massive shout out to everyone who is sharing and supporting #CharleyLaw there are quite few 'celebrities' tagged and asked to rt who just ignored it. U all have a massive platform. Plz use it. 4 children now AND future generations. Don't let Charley's death mean nothing.

The mother also talked to Chronicle Live, narrating how much her daughter meant to her and what it feels like to no longer have her in the family: "She was like my shadow. During the day, in the week, it is easier because it's as though she is at school. It is on a night or on a weekend and she's not there. When you're making dinner and there's one less meal to make. It is so hard." During the funeral service, the family also collected donations for the planned Charley-Ann Patterson Trust, which is set to provide young people in the area with a safe space to attend activities and share their thoughts and feelings on what they are struggling with, in a confidential space with trained adults.

A virtual vigil has been taking place this evening to commemorate the lives of 12 year old Charley Patterson and 21 year old Kyle Dilks.

It’s hoped it will raise awareness about the importance of talking about mental health as we continue our #CharleysCampaign pic.twitter.com/LzI2WUYzMg

If you or anyone else you know has been struggling with suicidal thoughts and ideation, here is are the helplines you can reach out to in the UK. Here is the helpline for the US.