The mother said that the incident was an "accident" and that the case is not what it seemed. The girl has been charged as an adult with murder, the youngest to be charged with a serious crime. The incident took place in Wisconsin. 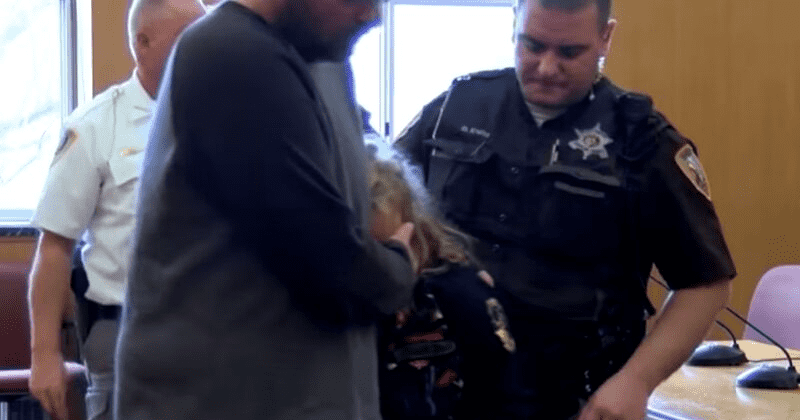 The mother of an 11-year-old girl who dropped a baby on his head at a daycare in Wisconsin and stomped him to death has come out and said the act was not "intentional." Speaking to Inside Edition, she said the case was not what it seemed. The girl's name has not been revealed due to her age but she was charged as an adult with the crime of first-degree murder with intent, the youngest person to ever be tried with such a serious crime.  Back on October 30, 2018, when the girl was still 10 years old, she fatally wounded the 6-month old baby after she dropped him at a daycare in Chippewa Falls.

The baby named Jaxon Liedl started crying after he fell on his head and in a state of panic, the girl started stomping him in order to quieten him.  While the little boy did not die immediately, he succumbed to his injuries two days later.  "There is no way it was done in any type of intentional way," the girl's mother said while adding that her daughter had told her at the time of the incident, "that it was, just that it was an accident. And you know what? I believe my daughter."

The 11-year-old is presently in the Winnebago Mental Health Institute for adults, which is about a four hour drive from her home. "She's the youngest person there. She's 11 years old with women 40 years old and over. She wants to go home," she said. The mother is trying to do all she can to try and bring her daughter home.  According to ABC7, Jaxon's father, Nate Liedl, said, "I waited 37 years for my own little baby boy. I was extremely lucky because he didn't cry, no fussing, he was happy smiles all the time."

He remembers the fight his son put up when he was taken to the hospital after being wounded. He seemed okay at first but then he got a message from the doctors about his critical condition. Liedl said, "They had mentioned what are we going to do if his heart stops, and it caught me completely off guard. I had sent a couple messages out to family to let them know that Jaxon's not going to make it. I remember, I broke down out there pretty bad. Yeah, it really hit hard."

Baby dies after 10-year-old girl stomps on his head at US daycare centrehttps://t.co/pmVaX0QiZf pic.twitter.com/plYKXaJqhm

After he passed away on November 1, the girl was charged with the infant's death at the Chippewa County adult court. Liedl was there in court, overwhelmed and shaking when he saw the girl. "As opposed to seeing it as a 10-year-old girl, I saw it as the person who killed my son. And she, in my opinion, deserved to be in shackles or handcuffs. She's a criminal," Liedl said. The girl broke down during her court appearance and was taken away in handcuffs.

Liedl had been in the middle of a child custody process which delayed a union with his son and with his son's death, he lost out on being with him forever.  "Missing out on those first three months was hard enough. And then, to be granted only eight hours after that, I feel like they essentially robbed me of time with Jaxon. Now I'm not going to be able to get any of it back. If it helps one father get more time with their child, then that's good." Liedl, however, does not blame the daycare provider for what happened. The next hearing in the case will be for December 11.