trending celebrity people lifestyle news animals
8-Yr-Old Girl, Mom, And Grandpa Found Dead In Backyard Pool, None Of Them Knew How To Swim

8-Yr-Old Girl, Mom, And Grandpa Found Dead In Backyard Pool, None Of Them Knew How To Swim

The mother and grandfather had jumped into the pool to rescue the girl; unfortunately, none of them knew how to swim, and tragically, all three drowned. 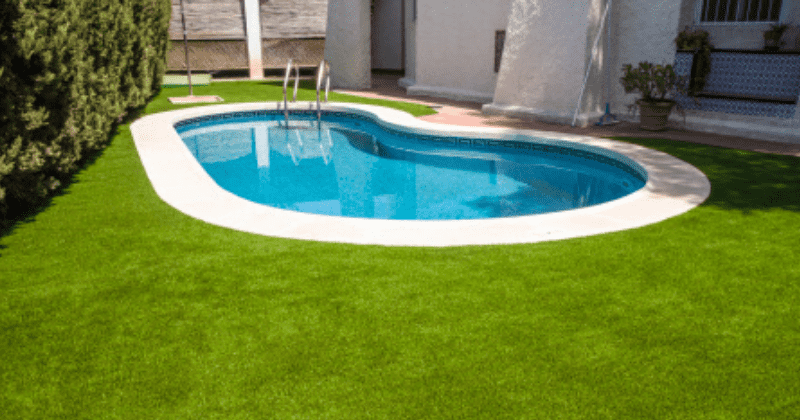 In a tragic incident, three family members died by accidentally drowning in the family's backyard pool in New Jersey on Monday. Law enforcement officials responded to a 911 call from one of the family's neighbors who called about a possible fall victim after they heard screaming from the house. The call was made at around 4:15 pm that day and when officers arrived at the house located on Clearview Road in East Brunswick, they found that the three individuals were unresponsive in the pool, reported NBC New York.  The three victims also included a child, the police stated.

#UPDATE: We‘re back in East Brunswick where a 32 yo mother, her 8 yo daughter, and another relative (a 62 yo man), died in the backyard pool Monday afternoon.

According to neighbors, the family had just moved in and gotten the pool serviced. They were excited to use it @News12NJ pic.twitter.com/TjJmEsGY9o

The victims were identified as 8-year-old Sacchi, her mother Nisha Patel, 33, and Bharat Patel, 62, the child's grandfather. They were pronounced dead shortly after being found unresponsive. The manner of death was pronounced to be accidental and the result of drowning, the county Medical Examiner's Office stated on Tuesday, according to CNN. The family had just moved into this home not more than 20 days ago. The property was purchased by the family in April and real estate listings show that the pool was already installed in the house by then. They had bought the five-bedroom home for $451,000.

The events that transpired were: the young girl accidentally stepped into the deeper end of the pool, a six- or seven-foot deep underground section of the above-ground pool. The pool was mostly about 3 1/2 feet deep but had a deep end which was about 7 feet deep, stated the Middlesex County Prosecutor’s Office. When the girl was in the pool, the aunt who also lived in the house was believed to have been the one to raise the alarm that the neighbors may have heard. This was before both the mother and grandfather had also jumped in. They were both trying to rescue the child who had fallen in. None of them knew how to swim, the prosecutors confirmed, reported by NJ.com.

#BREAKING UPDATE: Electricity did not play a part in the death of three East Brunswick family members. Per investigators: 33-year-old Nisha Patel, her 8 yo daughter, and 62 yo Bharat Patel didn't know how to swim.

Joint statement from the Middlesex County Prosecutor and EBPD: pic.twitter.com/1cfmoATb0s

"This is a devastating day for our entire community and we are working to determine exactly what happened," East Brunswick Police Chief Frank LoSacco said and added, "We are working with the Middlesex County Prosecutors office and will release information as it develops." Some neighbors expressed concern of some kind of electrical discharge may have something to do with the family's deaths. An electrician was called to the home to rule out the possibility. , East Brunswick Lt. Frank Sutter said. Electricity was ruled out as a factor in their deaths, officials said. “It was just a very tragic accident,” Sutter added.

Electricity ruled out as factor in pool drowning deaths of 3 #nj #newjersey https://t.co/sU6rtWPLd1

A neighbor who had spoken to the grandfather before the accident said that they recently had the pool fixed. They are said to have only just serviced the pool ready for the summer and were 'excited to use it.' This may just have been their first time using the pool since they moved in. The adults apparently had no idea how deep the pool was when they went in. The Patels' neighbor Vishal Makin said, "We are from the same part of India, we spoke the same language also." Speaking about the serviced pool he said, "We were so excited for them, it's the right weather you should get it done and it's such a bad sad day." The investigation is still going on.