Mom Gives Birth To Baby Who Weighed More Than 14 Pounds

Doctors believe that Alpha's huge size has to do with him snacking on his mother's sugary fluids while in the womb. 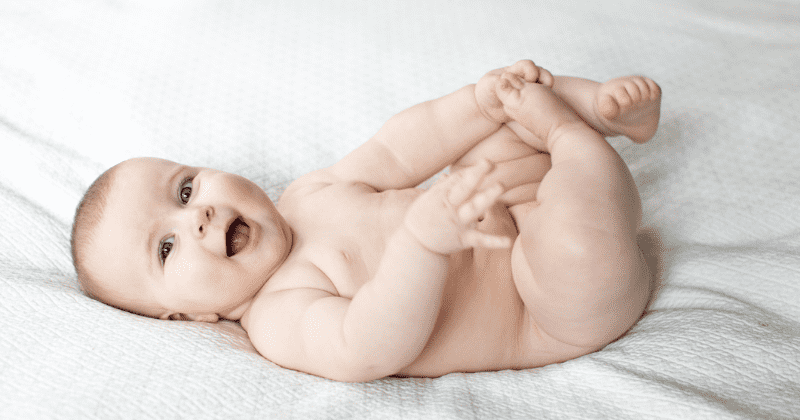 A mother in the UK gave birth to the third-largest baby in the country. It took two midwives to haul out the newborn boy who weighed 14lb 15oz. "We didn't think he was going to be that big," expressed 31-year-old mother Cherral Mitchell, who has three other children besides her newborn named Alpha. Recalling the moment when he came into this world, Mitchell continued, "Everyone kept laughing when his head came out. My husband Tyson was like 'oh my God he's chunky.' There were two nurses pulling - one was trying to push him down to get him out. The nurses said it had to be the biggest baby and were on their phones Googling. He's a bit of a pumpkin baby with it being so close to Halloween."

Doctors believe that Alpha's huge size has to do with him snacking on his mother's sugary fluids while in the womb, according to The Sun. "They think that because I was diagnosed quite late with gestational diabetes, Alpha was in amniotic fluid that was sweeter," recalled the mother from Thame, Oxfordshire. "So he was drinking a lot and peeing a lot and getting a high intake of sugar." The baby boy was estimated to be 11lb 1oz during a scan at 37 weeks but he managed to gain three pounds just a week before his birth at the John Radcliffe Hospital in Oxford via a C-section.

Mum gives birth to UK’s third biggest baby weighing more than a STONE with tot so large it took 2 nurses to pull him out https://t.co/k4OA995ibx

Apparently, Mitchell had no idea that her son had gotten so big. "My stomach was big but not that massive so I don't know where he was hiding. I keep saying I gave birth to a baby butter bean. My uncle Jason calls him a baby hippo," she shared. The mother - who has a three-year-old son Lyon, and daughters, four-year-old Rogue-Angel, and 10-month-old Twyla Bay - noted that her "other children were all normal" and that Alpha was by far the biggest of them all and that too by a long shot. The baby has since been given nicknames like "Butter Bean" and "Baby Hippo" owing to his unusually large size.

Apart from his incredible size, the baby itself was a huge surprise for the stay-at-home mom and her 35-year-old husband Tyson, who is an electrical engineer. Mitchell had gotten a contraceptive coil but despite this, their Alpha was conceived. The baby boy is currently being monitored in NICU by neonatal nurses and is said to be "on the mend." Born on October 28 at 38 weeks, Alpha is believed to be the third-largest baby in the UK. George King, who was born in Gloucester in 2013, holds second place weighing at 15lb 7oz and the current record holder is Guy Carr, who was 15lb 8oz when he was born in 1992.

Alpha is the recent baby to join the super-size list. Last year, 34-year-old Emma Fearon gave birth to a baby named Atticus who weighed 11lb 6oz, which is the same as a bowling ball. According to Yahoo! Life, Fearon did not require any stitches after birthing her child on May 24, 2020, and only had gas and air as pain relief. Then in 2019, midwives and doctors at the North Middlesex University Hospital assisted in naturally delivering one of the heaviest babies in England. The newborn named Anila weighed 12lb 6oz.