Patty Saylor along with state of Maryland is implementing reform to help Police personnel handle situations involving people with disabilities. 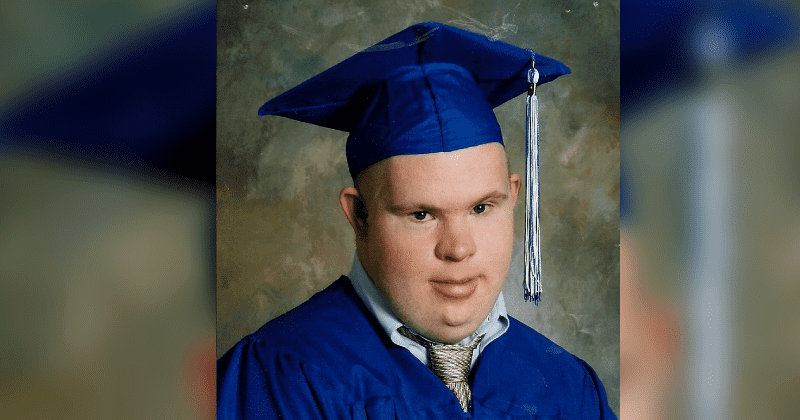 Content warning: This story contains themes of ableism and police brutality that readers may find disturbing

Ethan Saylor's death in 2013 showed how ill-equipped the law enforcement authorities are when it comes to interacting and engaging with people who have intellectual and developmental disabilities. Ethan Saylor, a 26-year-old man with Down syndrome, died after three off-duty sheriff deputies got physical with him at a theatre because Ethan didn't have a ticket. Patti Saylor, who lost her son on January 12, 2013, is now working to educate and enable law enforcement personnel to engage with them in stressful or high-pressure situations. She doesn't want anyone else to experience what her son experienced.

On that fateful day, Ethan Saylor had gone to a screening of Zero Dark Thirty at a mall in Maryland along with his aide, Mary Crosby. He had visited the mall countless times. Ethan had enjoyed the movie so much that he didn't want to leave with his aide and sat down, hoping to catch the movie again. Ethan’s aide Mary decided to pull the car to the front of the mall as Ethan waited outside the screening. When Mary returned to the mall entrance, she realized Ethan, without purchasing a ticket, had gone back into the movie. Crosby contacted the theatre manager and explained the situation and urged authorities to allow her to enter the movie and escort him out calmly. Ethan’s mother, Patty Sally, was on the way to the movie. The manager, despite being informed Ethan had Down Syndrome, chose to alert security about the situation, who were in no way trained to handle the situation.

Three off-duty sheriff deputies, who were filling in as security personnel, approached Ethan inside the movie and asked him to either leave or purchase a ticket failing which he would be forcibly dragged out. A tearful Patty Saylor, who recalled the event in an interview with NPR, believed that her son was unable to process the situation or comprehend the aggressive tone of the security guards which led to him not responding to the security guards. “He didn’t cooperate, of course. He didn’t want to leave. At that point, I believe, he wouldn’t know what was going on,” Sally said.

Ethan refused to budge because he couldn't process what was going on. The security personnel responded by forcefully dragging him from his seat and according to a civil suit, “tried to drag him from the theater while telling him he was going to jail.” The deputies had also handcuffed Ethan behind his back and witnesses at the screening confirmed Ethan was screaming, ‘Mommy, Mommy!’ and ‘it hurts!’ Ethan’s parents insist, in a lawsuit filed by them that his physical and facial features and body language could easily have been attributed to individuals who suffer from Down Syndrome. Ethan was easily overpowered by the security personnel and throughout the struggle, one guard was on top of him pushing him to the floor and thus fracturing his larynx.

26-year-old Ethan Saylor died in a movie theatre after an altercation with off-duty police officers. Ethan had Down syndrome. pic.twitter.com/US1noZZ7Jl

Ethan was in severe physical distress and couldn't breathe. The guards uncuffed him and called for medical help but by then Ethan was unconscious from asphyxiation. He was pronounced dead at a local hospital. Ethan's mother, Patty Saylor was shocked at the sudden turn of events that took her son's life. Ethan’s death was ruled as a homicide but the deputies were cleared of criminal charges by a Frederick County grand jury. Following the suit, Ethan’s family reach a settlement with the state of Maryland for $1.9 million in a long-standing suit that lasted five years.

Ethan Saylor was 26 years old. His “crime”? Trying to watch his favorite movie again at a theater. He was dragged from his seat at a movie by three off-duty sheriff’s deputies, wrestled to the ground and, his larynx fractured, extinguished by asphyxia. pic.twitter.com/I7NGtB2e4O

Now, Patty Saylor wants to help sensitize the police force to handle situations concerning those with intellectual and developmental disabilities. According to NPR, only 10 hours of police training take place with regard to mental illness as opposed to 168 hours that goes into using force and taking control of an unwanted situation. The state of Maryland recognized the importance of unlearning and taking corrective measures to handle situations involving people with intellectual and developmental disabilities and established the Ethan Saylor Alliance, in 2015, which includes persons with intellectual and developmental disabilities in the course of police training. The training was developed by Loyola University Maryland’s professors Lisa Schoenbrodt and Leah Saal who with the help of state grant hire ten adults with various disabilities to role-play situations that police officers are likely to face in a day-to-day scenario with focus on communication, reported Scarymommy.

When police officers talk Patty Saylor, they often ask what those three guards could have done differently to handle the situation better and she responds, “If you really wanted Ethan to leave, you could have just said, ‘let’s go on out here and get a snack while we wait for your mother. There's no magic pixie dust. It is a relationship.”