The mother, 24-year-old Levi Connell, was unfazed. She asked people to "keep your opinions to yourself" 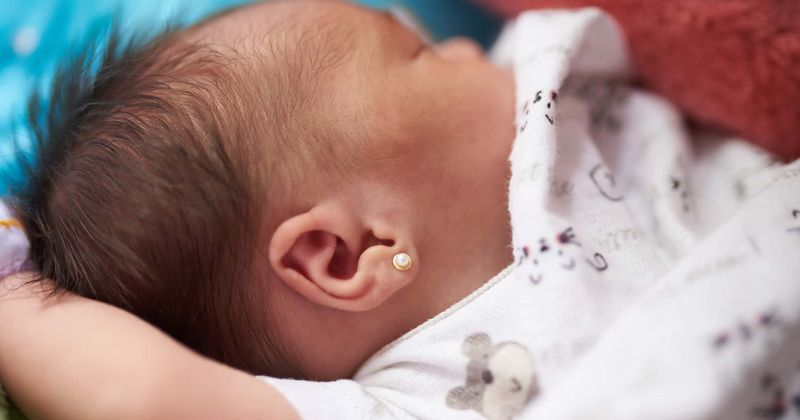 In a move that was widely criticized on the internet, a young mother was slammed for piercing her child's ears when she was just 8-weeks-old. Even as people went to the extent of terming what she did as "child abuse", the 24-year-old  mother, Levi Connell, was unfazed. She went on to reveal her initial plan - which was to get her daughter Willow's ears pierced when she was just 4-weeks old, reports Leeds Live.  Connell justified her decision by saying her ears were also pierced when she was 10-weeks old and it was fine. She said, "When I first decided to get it done I had mixed reviews from everyone, including my mum and partner. She was eight weeks old and I just took her one day and had it done. Other people said she was too young but I just look at her now and she is perfect."

Mum accused of 'child abuse' for getting her baby's ears pierced at eight weeks oldhttps://t.co/MBPXndFew9

Connell added, "It saves me the aggravation when she's little because when she's older she might say she wants them and then decide she doesn't and now it's done she'll have them forever." However, people have been leaving hateful messages and comments on her social media accounts. "I've heard through the grapevine that people had been saying things about me. I've seen comments on Facebook of people saying it's child abuse and that is disgusting - you can't say that about somebody," she said. Though Connell's mother got her ears pierced when she was a baby as well, she is now the one criticizing her.  Connell was advised to wait for more than the four weeks she had planned for Willow's piercings. When she finally did it, Connell called it "the best decision I've ever made."

There should be a law against this as there are with tattoos this is a person with human rights. Absolutely disgusted 😡

She said about the procedure, "They did it with the piercing gun so they drew dots on her ears, made a few alterations, did one and then she got a little bit upset with herself but they calmed her down and did the other. It was done at our own pace so there was no rush and now she doesn't play with her ears because she knows they're there." For those criticizing her, she has this message: "Keep your opinions to yourself. I don't think anyone should have an opinion on something like this - would you discriminate because of a tattoo?" Connell added that people needed to lighten up and not spend time finding fault in others: "You've got to live for today because you don't know what's around the corner. If people are questioning it, I would tell them to just go for it. Don't ask on Facebook because people will say 'don't do it because it's child abuse.'"

She added, "Make your own choice - it's your baby and your brought them into this world so you can decide what is best for them". Another mother named Leyla was heavily criticized and bullied for merely posting a query on NetMums about getting a piercing for her still breastfeeding daughter. Her post in 2018 was actually to ask other mothers on the platform if piercings would affect her baby's feeding regime. This made the other moms wild with anger. “You’re planning [on] inflicting pain on your child, why?” one mother wrote. Another stated, “It’s selfish in my opinion, they are little people, not a fashion accessory.” There were a few who came in support of Leyla but by the end of it, she decided against the piercings.

She wrote: “I’ve come to the conclusion that I will not get it done. I will wait until she’s old enough to ask for herself.”