Katie Crowder, who reportedly had cocaine in her system around the time, was busy cleaning up her tracks as her child suffered in pain. 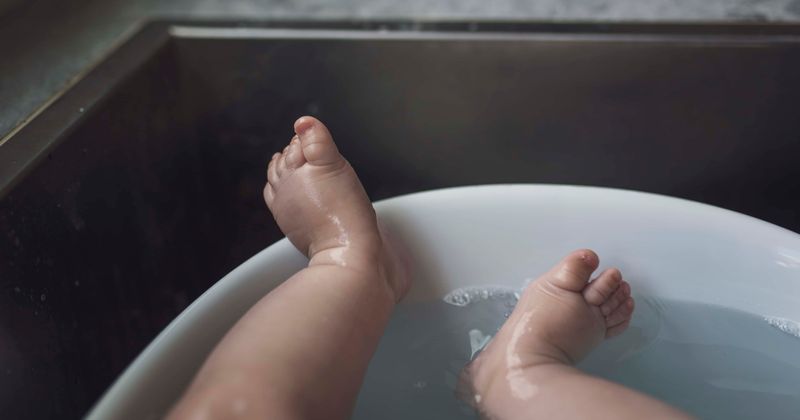 Disclaimer: This story contains graphic details of infant abuse and murder that readers may find disturbing.

A woman in England was recently convicted of murder after she heartlessly tortured her 19-month-old daughter to death. Katie Crowder, who is said to be a cocaine user, allegedly scalded Gracie Crowder by dropping her in hot water at their home in Wharmby Avenue, Mansfield, Nottinghamshire, reports Metro. As the helpless infant screamed in pain due to the burns inflicted on her body, Crowder, 26, left her unsupervised for an hour to cover her tracks. After "clearing up" her place, the mother took the baby girl to her parent's home, situated in the same street as her house.

UK: Cocaine-using mother, 26, 'fatally scalded her 19-month-old daughter and left her to scream while she covered her tracks for at least an hour'. Gracie Crowder died shortly after being rushed to hospital on March 6 after suffering deep burns on 65 per cent of the infant's body pic.twitter.com/taRElsJMjI

During the hearing at Nottingham Crown Court, it was revealed that the defendant sounded "panicked" as she knocked on Paul and Karen Crowder's door on March 6. She kept telling her parents, "She's dead, she's dead." Gracie was immediately rushed to the hospital but died shortly after arrival after suffering deep burns, which covered 65 percent of her body, and a cardiac arrest. In the due course of the trial, Crowder denied a charge of murder claiming that she "would never hurt" Gracie, her own daughter. The accused also explained that she was "cleaning up a mess from the puppy" when she found her child face down in the bathroom besides a mop bucket.

When Crowder arrived at her parent's home on the night of the death, grandmother Karen asked her, "What the hell have you done?" Gracie had already suffered a cardiac arrest by then. At that moment, Crowder said, "I don't know, I found her like this." But the truth seemed to be far from it and the jury dismissed her claims shortly after the prosecution submitted proof that indicated Crowder's involvement in Gracie's agonizing death. Following a thorough examination by a Home Office pathologist, it was revealed that the poor child could have been saved if Crowder had not delayed getting help. They concluded saying Gracie would have "cried out vigorously" until the pain subsided and that her organs would not have failed for an hour following the incident.

UK: Cocaine-using mother, 26, 'fatally scalded her 19-month-old daughter and left her to scream while she covered her tracks for at least an hour'. Gracie Crowder died shortly after being rushed to hospital on March 6 after suffering deep burns on 65 per cent of the infant's body pic.twitter.com/taRElsJMjI

"Gracie Crowder's death was not an instant death," explained Sally Howes, in her prosecution opening. "It would have taken in the region of one hour for her to die. You may ask - why the delay in calling for help? It is the Crown's case that the delay was Katie Crowder covering her tracks - she knew what she had done. She was clearing up, she was clearing away, she was thinking about a way of explaining what she had done." Jurors were also informed that the accused had a considerable amount of cocaine in her blood. Judging by the remnants of the drug in her blood four hours after the incident, it was gauged that the defendant had consumed the class A drug around an hour before the toddler's death.

I’m not sure if there was malicious intent as she was probably smacked out of her tits but she has made the wrong choices in life. Now she has to live with consequences but we should just bring back Capital Punishment.

It was also brought to the court's notice that the cold mother had made some disturbing comments about needing some time off from her duties previously. "I need to get her to the nursery, I never get a break at all," she had said. According to Daily Mail, Crowder was arrested while at King's Mill Hospital in Sutton in Ashfield, Nottinghamshire. When the reason was revealed, she said, "What? I would never hurt her." After being convicted of murder, she was said to be weeping in the dock. Her sentencing is due for a later date.