Angelia Mia Vargas, 24, from Houston, Texas was charged with deadly conduct with a firearm. 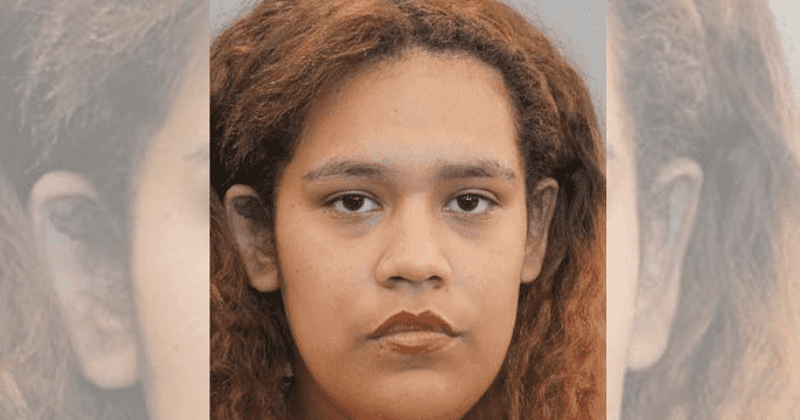 Trigger Warning: The story has details of a shooting and accidental injury of a child that some readers may find disturbing

A mom in Texas was charged with injuring her child after she accidentally shot her boy while trying to protect him from a dog. The child and his friends were playing outside on the street near their home when a neighbor's dog came rushing at them. Angelia Mia Vargas, 24, came rushing out with her gun when she saw the animal and shot at it several times. Police got a call about the incident on the May 29 afternoon from a suburb northeast of Houston. One of the bullets ricocheted and struck the boy, according to the Houston Police Department (HBD). "Investigators learned the child’s mother, suspect Vargas, had fired a small-caliber pistol three times at a dog running loose across the street," J. Hasley, the HPD Major Assaults & Family Violence Division Detective, said in the police statement.

On Saturday afternoon, Angelia Mia Vargas allegedly shot three times at the dog, which was running across the street. One of the bullets then ricocheted and hit the boy in the abdomen https://t.co/Qd79oqjiM1

The 5-year-old boy was transported to an area hospital in stable condition. He suffered injuries that are believed to be non-life-threatening. "HPD patrol officers responded to a shooting call at the above address.  Upon arrival, they learned the boy had been struck in the abdomen by a ricocheting bullet," the statement added. Vargas was immediately arrested and charged with "deadly conduct - discharge of a firearm in the 185th State District Court." She had apparently "fired across a public roadway and in the direction of two occupied houses" during the incident, according to the police statement. It added that the woman "was charged with deadly conduct with a firearm...She allegedly shot at a dog across the street three times with a small-caliber pistol." As for the dog's owner, he was issued a citation for his pet running loose.

And the owner of the dog got a citation. What about the mother? She should have her gun and her child taken away but it’s Texas so they will chalk it up to” mistakes happen”

The animal was not injured during the incident but an ABC13 report revealed the animal had been grazed on one leg. The pet's owner spoke to the channel and said he felt bad for the injured child, but the situation was under control and did not require such drastic action. The dog named Bruno, a boxer puppy, is 6 months old. His owner, who did not want to be identified, said, "I came out of my house because Bruno was barking and barking. I thought my brother was coming. So, I open the door just a little bit and he comes running out." A doorbell camera of the incident obtained by the channel showed the animal running out of the door followed by the owner. He commands the dog to come back as it roamed the street and then gunshots ring loud.

Wtf, you're shooting indiscriminately at neighbors' dogs, no problem with any consequence, TX is MESSED UP in gun laws, peeps.

Then there is screaming that can be heard in the background, possibly from the boy's parents, "She could have handled it differently. You know, she was there, her husband was there, I was there, nothing would have happened. Nothing bad like that," he added. He said further, "I was asleep and I had a dream hearing the little boy crying, and that's what woke me up when I was sleeping yesterday." We recently wrote about another case of accidental shooting where a father in South Carolina shot his 9-year-old boy during a Thanksgiving hunting trip. The boy, Colton Williams, was killed on the spot. He was hunting rabbits with his dad and a family friend when a bullet from his father's weapon accidentally hit him and took his life.

Texas mom accidentally shoots her own child while firing gunshots at roaming puppy#AngeliaMiaVargas, was charged with deadly conduct with a firearm after opening fire three times on the 6-month-old boxer puppy but instead wounding her son in the abdomen https://t.co/KtLo91vzad

After the accident, Vince Furtick, Colton's maternal grandfather, revealed the young boy had helped others by donating his kidneys and his liver.