The mother of Isaiah Geiling, a 2-year-old who was mauled to death by an aggressive pit bull last month, has been charged with reckless homicide. 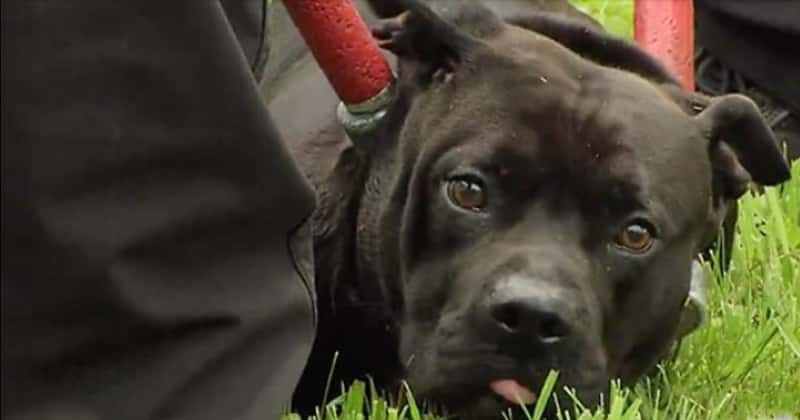 A 2-year-old Kentucky boy was mauled to death by an aggressive pit bull in May. Now, the toddler's mother as well as the owners of the dog face manslaughter charges. Jennifer Geiling’s young son, Isaiah Geiling, was attacked by the pit bull at their home in Louisville, a mere two weeks after the dog had bitten his ear. According to Assistant Commonwealth's Attorney Jeff Cooke, Geiling has been charged with reckless homicide by a grand jury, and Jack Charping, Jr. and Sharon Charping, the owners of the dog, have been charged with second-degree manslaughter. The three accused lived with Isaiah and the dog in the Louisville home where the toddler was attacked.

Reports say that officers were sent to the house on May 2, after someone reported that a child had been bitten by a dog. Police performed CPR on Isaiah and rushed him to Norton Children's Hospital, where he died as a result of his injuries. "It was a ferocious dog," Shelby Chadwell, a neighbor who rushed to help at the scene, told WDRB. "And we had to get the dog out of the room. So my cousin used sticks and bashed them together and scared the dog away. And we put the dresser in the hallway to block the dog off and get out of there." Chadwell said that seeing the little boy in that condition was shocking. "He was barely breathing on the floor, a lot of blood, face down," he said. "It was the worst. It's not something I want to relive." Another neighbor told WDRB that this was not the first time the dog had alarmed people, saying that the dog was aggressive and had often jumped his fence to try to get into neighboring yards.

The toddler's grandmother, Cynthia Coy, explained to WLKY that the dog was aggressive with her grandson a mere month before the fatal attack. "About three weeks ago, he had attacked him and got his ear. We even have a picture of it. So, obviously, the dog has attacked him before. Why it happened again, I'm not aware of," said Coy in May. The coroner said that the child died of blunt force injuries. According to city ordinance, the Louisville Metro Animal Services quarantined the dog for 10 days. LMAS Spokeswoman Teeya Barnes told WDRB that the policy then requires the animal to be evaluated and its background to be reviewed. Barnes said the animal will be put down immediately following the 10-day quarantine if it is declared a "potential dangerous animal."

The attack happened around Noon May 2 at a home in the 3800 block of Grand Ave. https://t.co/wshn56JGmW

The Charpings and Geiling are due to appear in Jefferson Circuit Court next week for an arraignment, according to The Courier-Journal. Barnes also told the news outlet that the dog is still being quarantined by LMAS, and that it "will continue to be held until we're told otherwise by the Commonwealth Attorney's Office."