The new home owners were surprised to find the 4-year-old Labrador on their porch after returning from work. 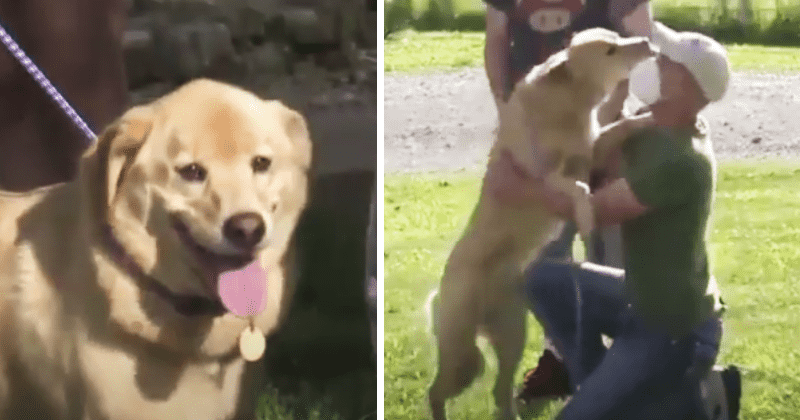 When Cleo, a 4-year-old Labrador, went missing, his caretakers were worried sick but Cleo knew his way home. The only problem was that he had found his way back to the family's old home in Missouri, almost 50 miles away in Lawson, Missouri. Drew, Cleo's caretaker, had moved from Olathe, Kansas to Missouri two years back and didn't think for a second that his missing dog would walk all the way back to their old home. Drew has posted on Facebook that their dog was missing and had been really worried about their pet, reported CNN.

It was the new occupants of Drew's old house that got a surprise when they returned from work to find a Labrador sitting on their porch. The 4-year-old dog didn't mind them and looked like it had been waiting for someone."My wife and I had just gotten home from work," said Colton Michael, the house's new owner. "Cleo was laying on the front porch at the front door, just laying there, waiting for somebody it seemed like." They took a close look at the dog and it wasn't wearing a collar but she looked well-groomed and didn't appear to be a stray. "She wouldn't let us quite come near her," said Michael, reported KMBC. Michael said she must have been scared after seeing strangers live in 'her home.'

Michael decided to scan Cleo for a microchip and she did have one. He got the name of the dog's owner and the name rang a bell. Michael's wife made the connection. "That's when my wife pointed out that their last name was the same last name as the previous owner of the house," said Michael. The pair then looked up their old home owner's name on Facebook. He found that that Drew and his family had been posting about their missing dog online. He contacted them and conveyed the information that Cleo was with them. "I told him that we found his dog, but once I told him where we were, he was kind of speechless," said Michael.

Cleo is estimated to have traveled at least 57 miles from her current home in Kansas to her previous home in Missouri. Drew is shocked Cleo made the journey considering there were one of two dangerous ways in which Leo could have got home. She would have had to either cross a river or walk along a bridge that's always bustling with heavy traffic, to get to their old home. Drew can't imagine how Cleo made it to their old home but his family is happy to have her back. "It just feels really good to be reunited with her," said Drew. "Really, she's everything to us."

In a similar story from 2013, a cat stunned owners by walking 200 miles to get back home after losing her during a vacation in Florida. Jacob Richter, 70, and his wife, Bonnie, 63, were holidaying in Daytona Beach, Florida, when she fled after being scared by fireworks, reported The Mirror. Jacob Richter gave up on the cat after he couldn't find it and was heartbroken. Moggie marvel Holly stunned them by turning up at their garden almost 63 days later. She was worn down by the long arduous journey. She had lost a lot of weight and her paws were worn down from all the walking. She was also very hungry. “It was like losing a child. She’d become part of my life, not a pet but a family member,” said Jacob, talking about the time he thought he had lost her. The cat's veterinarian, Dr. Sara Beg, who examined Holly was stunned to know she had made it home. Vet Dr. Sara Beg said, “Maybe it’s intuition, scent or following the sun, there’s no consensus how or why.”