Philippine Police faced a severe backlash after one of its officers made the comments while promoting a program against sexual violence. 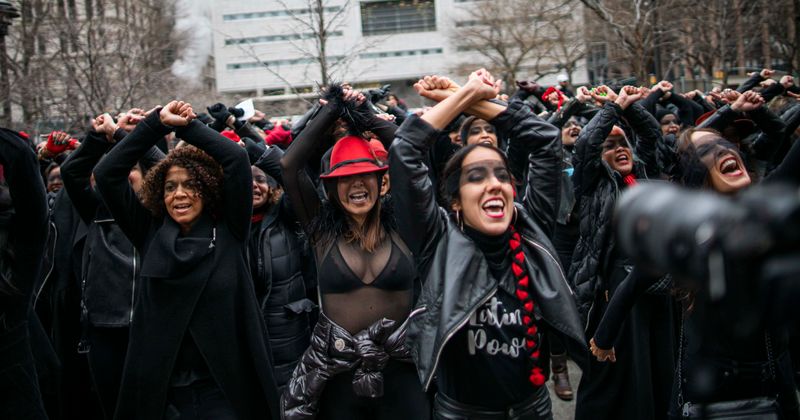 Men have, for ages, blamed women for their own misdeeds and it appears, the misogyny is deeply ingrained in the system as well. Philippine National Police served as an example as they told women to dress modestly to avoid sex crimes. While promoting a crusade against sexual crimes, a police officer told women they were inviting sex crimes by wearing short clothes. Philippine National Police program "serve and protect" was designed to stop sexual crimes in the country and the misogynist comments were posted on June 11, on the official Facebook page of the Lucban Municipal Police Station in Quezon Province. The video went viral after as many criticized the cops for telling women how to dress, in order to avoid being targeted by men, reported Rappler.

“Let’s love women and not abuse their kindness, said a member of the Philippine National Police, before adding, “You girls, on the other hand, should not wear excessively short clothes that when you’re harassed you come to us for help. Think about it too!" The only people who need to rethink their strategy are the cops who are perpetuating sexist stereotypes that a women's attire is a justification for the crime. Men have and will always be responsible for the crimes they commit against women and the onus is not on women to change the way they lead their lives. The cops need to change their mindset and not point fingers at women for being sexually harassed and assaulted by men.

Women's rights activists and police's sexual harassment experts slammed the Philippine National Police for sending a message contrary to what they had intended to send to the public. They reiterated that women victims are vulnerable and must not be blamed for the wrongdoing of men. This message is also present in Philippine National Police's own community relations manual. “Gender in the PNP organization is human rights-based and it is the responsibility of a police officer to protect and promote such rights,” the manual’s Chapter VIII begins. Maybe the officers making such misogynistic comments and those manning the social media pages of cops would do well to go through the manual.

After much uproar on social media, the post was finally deleted but not before it was shared at least 4,000 times and garnered more than 8,500 reactions, a majority of which were negative. Lucban police chief Major Rizaldi Merene finally apologized for the comments and the post in a phone interview with Rappler, saying, “We were wrong. We are asking for the public’s patience." Misogyny has been rampant throughout human history, how long more should women be patient.

In an incident reported in Ireland last year, a similar argument was made in court after a man raped a woman. The perpetrator's lawyer argued that the raped teenager was to be blamed for the innerwear she chose to wear. The lawyer said, “You have to look at the way she was dressed. She was wearing a thong with a lace front.” The 27-year-old denied raping the 17-year-old and argued the sexual encounter was consensual. The attorney argued that she invited sex by the way she dressed. The jury debated for more than an hour declared the man not guilty, drawing outrage.