The infant's father, 28-year-old Jonathon Zicarelli, has been charged with domestic assault and his bail has been set at $500,000. 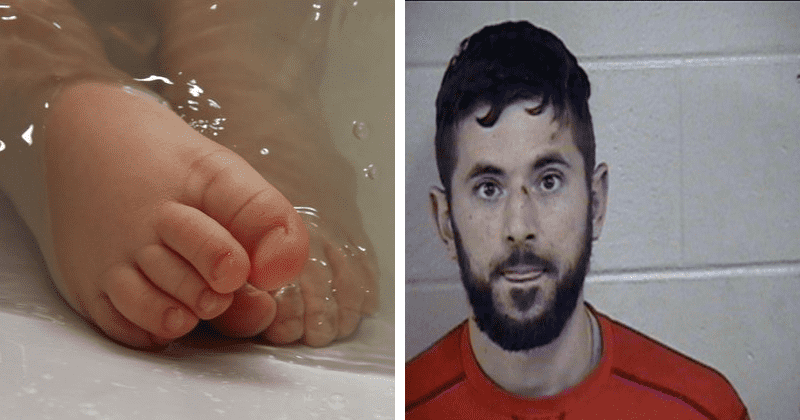 A six-month-old baby girl was discovered in a freezing pond in northwestern Missouri after her father attempted to drown her there. The girl was luckily found alive and the father, who later gave himself up, confessed to his crime.

Police reported that 28-year-old Jonathan Zicarelli walked into Greenwood Police station on Monday morning and confessed to officers that he'd attempted to drown his daughter. The law enforcement officers immediately took action and rescued the freezing infant who had been found floating in the icy retention pond on the west side of Greenwood, a suburb of about 5,000 people 20 miles southeast of Kansas City.

Any updates on this story? Does the baby having a loving family, and if so, has she been re-united with them?

The Kansas City Star reported that, Zicarelli claimed he was "stressed" by the holidays and wanted to make things easier for his wife, so he devised the shocking murder plot 24 hours before the incident Greenwood police Lt. Aaron Fordham said of Zicarelli that "There was no emotion whatsoever,”. According to the Lieutenant, Zicarelli said he came up with the plan to kill his daughter a day earlier and even walked to the pond thrice to make sure he could drown her, investigators said. Giving the smallest of details, he described how he put her in the water and watched her sink before leaving the scene.

Mail Online added that Chief Greg Hallgrimson said "the girl was found floating face-up in the frigid pond by responding officers, who removed her and found her to be in a state of shock". Police confirmed that one of their corporals T. Calhoun immediately performed CPR and got her to begin breathing normally again. The officers removed the victim's wet clothing and Chief Hallgrimson wrapped her in his uniform shirt to help warm her back up.

#GreenwoodMO Police hailed heroes after rescuing 6month old baby girl from this pond after her dad threw her in to drown her. He’s now in jail. Latest details ahead on #fox4kc at 5/6. pic.twitter.com/7PynMtKBod

After the rescue, the police said that the infant had been underwater for at least five to seven minutes, just short of a time which could have proven fatal. The doctors who saw to her immediately said that they found grass in her mouth, mud in her eyes and water in her lungs. She was taken to a hospital to be treated for severe hypothermia. Court records say when the child was found, her body temperature registered at 87.9 degrees Fahrenheit. A normal body temperature is 98.6 degrees Fahrenheit. According to the probable cause statement, the child had been in the water for more than 10 minutes before an officer arrived.

Holding my own 6 month old, only a monster could do something like this. God bless that little angel baby, please give us updates.

Thankfully, the doctors have confirmed that she is in a good state now as they are nursing her back to health. The police Officers exclaimed that it's truly a miracle that the girl is still alive. The father Zicarelli has been charged with domestic assault and the court has set his bail at $500,000. It seems unbelievable, said resident Jimmy Mahnken, 79, who lives beside the retention pond on Doc Henry Road, that such a thing would happen — and that the child would survive.“It was right there,” he said, standing in his driveway, pointing out across the small pond. “It’s just a crazy world.”